When Richard Watts’ counseling graduate students arrive to class for a unit on Albert Ellis and rational emotive behavior therapy (REBT), they’re in for something a little different.

Watts, a professor at Sam Houston State University in Huntsville, Texas, pulls out his guitar and sings songs he’s written to illustrate the irrational beliefs that Ellis in part developed REBT to combat.

Set to familiar tunes such as “Mary Had a Little Lamb” and “Oh Suzanna,” Watts’ song lyrics paint a picture of some of the self-sabotaging feelings and behaviors that REBT addresses, such as perfectionism, obsessive relationships, defeatism, victimhood and so on.

Ellis referred to such beliefs as “stinking thinking,” Watts says. REBT works to reverse negative, often paralyzing thoughts into rational beliefs, such as an acceptance that we are not perfect and that life won’t always go our way, but that is OK.

Through the years, Watts has written a slate of songs to highlight the self-defeating beliefs with which many people struggle. In most causes, the songs feature a good dose of humor. For example, the “Rejected Lover’s Refrain,” sung to the tune of “On Top of Old Smokey,” ends with the lines: “Oh 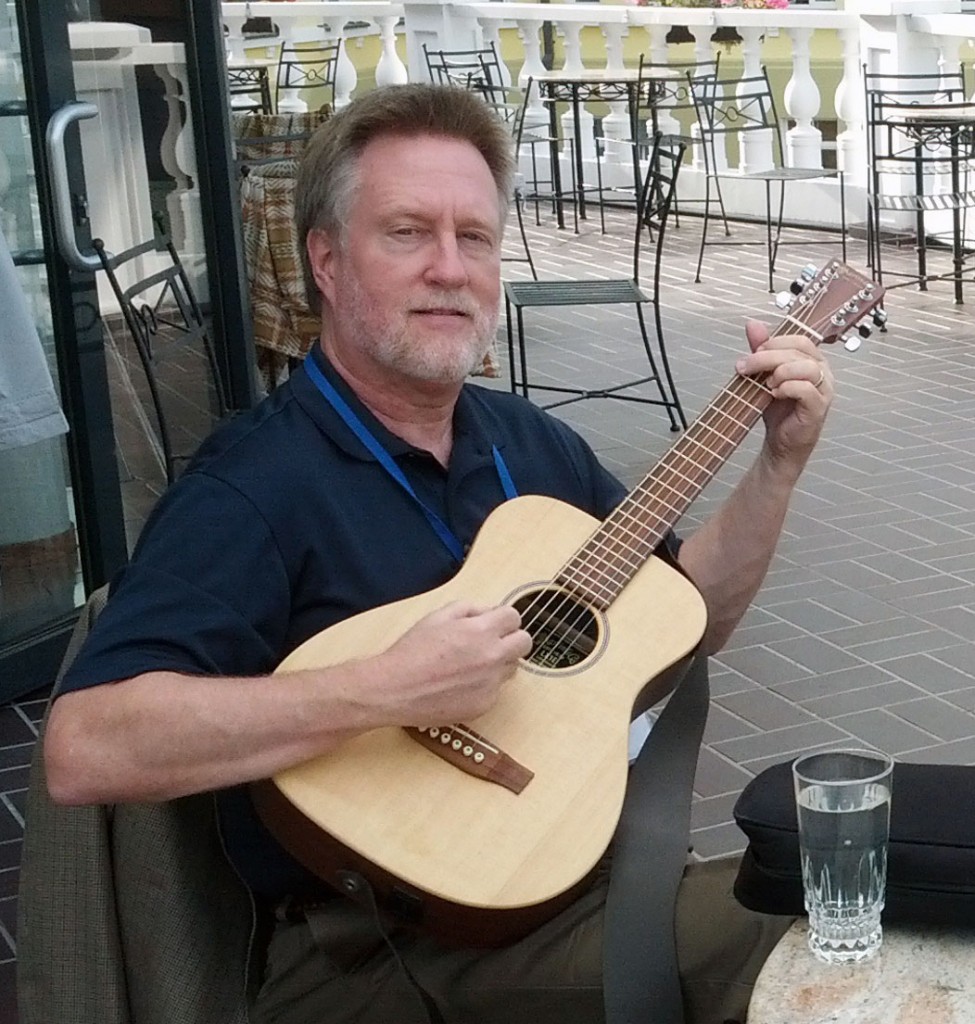 Richard Watts with his guitar.

why did you leave me? What’s that all about? I guess that I’m worthless and you figured it out. I really deserve this, I know that it’s true. If I only could dear, why, I’d leave me too!”

Watts distributes the lyrics in class and encourages his students to sing along. He’s been singing about REBT in his classroom — as well as in group therapy settings and, occasionally, at professional conferences and events — for two decades.

“We sing the songs and they make us laugh, but many times humor also makes us think,” says Watts, a professor of counseling and director of Sam Houston State University’s Ph.D. program in counselor education. “[As] I’m teaching students, I’m trying to get them to think about their own irrational beliefs as well as their clients’.”

Watts is following in the tradition of Ellis, who wrote songs to illustrate irrational beliefs decades ago. Ellis led workshops every Friday night at his New York City institute for many years. Known for his big personality, wit and sometimes-irreverent style, Ellis would pull members of the audience on stage for live therapy sessions. He used the songs as a therapy tool, often encouraging the audience to sing along. In 1987, Ellis penned a chapter “The use of rational humorous songs in psychotherapy” in ‪William Fry and Waleed Salameh’s book ‪Handbook of Humor and Psychotherapy: Advances in the Clinical Use of Humor.

Watts decided to write songs of his own after discovering that today’s college students aren’t as familiar with many of the older tunes that Ellis’ songs are set to. At first, Watts says, his students are a little startled by seeing their professor in a new context — similar to seeing your teacher in the grocery store as a kid. But they soon warm up, he says, even laughing and singing along.

“I’m not [Eric] Clapton, but I can play pretty well,” Watts says with a chuckle. “I thought it’d be a clever way of introducing the material.”

When used in group therapy, especially in groups with men, the songs often get clients to open up, he says.

“Many times [in group settings], clients are reticent to share ideas that might be inhibiting their progress,” says Watts, a licensed professional counselor supervisor, American Counseling Association fellow and immediate past president of the North American Society for Adlerian Psychology. “But we’ll sing these songs, and I’ll see them laugh and whisper to their neighbor, ‘This is so me!’ … After they’ve sung and laughed together using those songs, they feel more at liberty to talk about and unpack the meaning that they saw in those songs for themselves.”

Similarly, the songs serve as an icebreaker in the classroom. They are also an effective, if nontraditional, way of helping students learn and remember Ellis’ points. The lessons stick with students much more so than if they were to simply read about the concepts in a textbook, Watts says.

In one case, a student who struggled with perfectionism printed out Watts’ song about the issue (the “Perfectionist’s Refrain”) and attached it to the visor of her car as a reminder. Other students have asked for recordings of the songs to use in sessions with their own clients.

“They sing about it, they laugh about it and then we talk about it,” he says. “It’s an application exercise. They’re not merely reading about the different [cognitive] distortions. In a sense, the songs are fun case studies. They learn to listen for the irrational belief theme underpinning [each] song. It sets them up for having an ear and an eye for the mistaken beliefs.”

After singing his songs, Watts urges students to start looking for irrational beliefs elsewhere, including in popular culture. Students are often surprised to discover how often irrational beliefs – from love lost to feelings of worthlessness – are embedded in their favorite music, he says.

Given Watts’ penchant for using clever lyrics as both a teaching and therapy tool, it perhaps comes as no surprise that he has a musical background. He came to the counseling profession after earning an undergraduate degree in music (choral conducting) and working as a church choir director. As an undergrad, he put himself through college by singing in piano bars.

Watts’ irrational belief songs proved so popular that some of his colleagues encouraged him to submit the songs for publication in the Texas Counseling Association’s academic journal. They were published in academic journals several times in the 1990s, including in the Journal of Humanistic Counseling.

Watts sent a copy of his song lyrics to Ellis prior to the influential psychotherapist’s death in 2007. Ellis responded with a letter, written on the letterhead of his Institute for Rational-Emotive Therapy, and said that Watts’ songs were “right on the ball and can be very useful.”

Interested in learning more about Albert Ellis and REBT? See “Getting to know (and love) Albert Ellis and his theory,” Allen Ivey’s recent Q+A with Ellis’ widow, Debbie Joffe Ellis, that appeared in Counseling Today.