Imagine shifting your role from student of a respected professor to co-author or co-editor of a massive reference work.

For a group of recent graduates from Florida Atlantic University (FAU), that’s exactly what happened when they collaborated to write and publish Mental Health and Mental Disorders: An Encyclopedia of Conditions, Treatments and Well-Being.

The publication is the product of three years’ work by Dr. Len Sperry, a professor of counselor education at FAU, and 12 of his current and former students. The three-volume encyclopedia, developed as an entry-level resource for high school and undergraduate students, was published 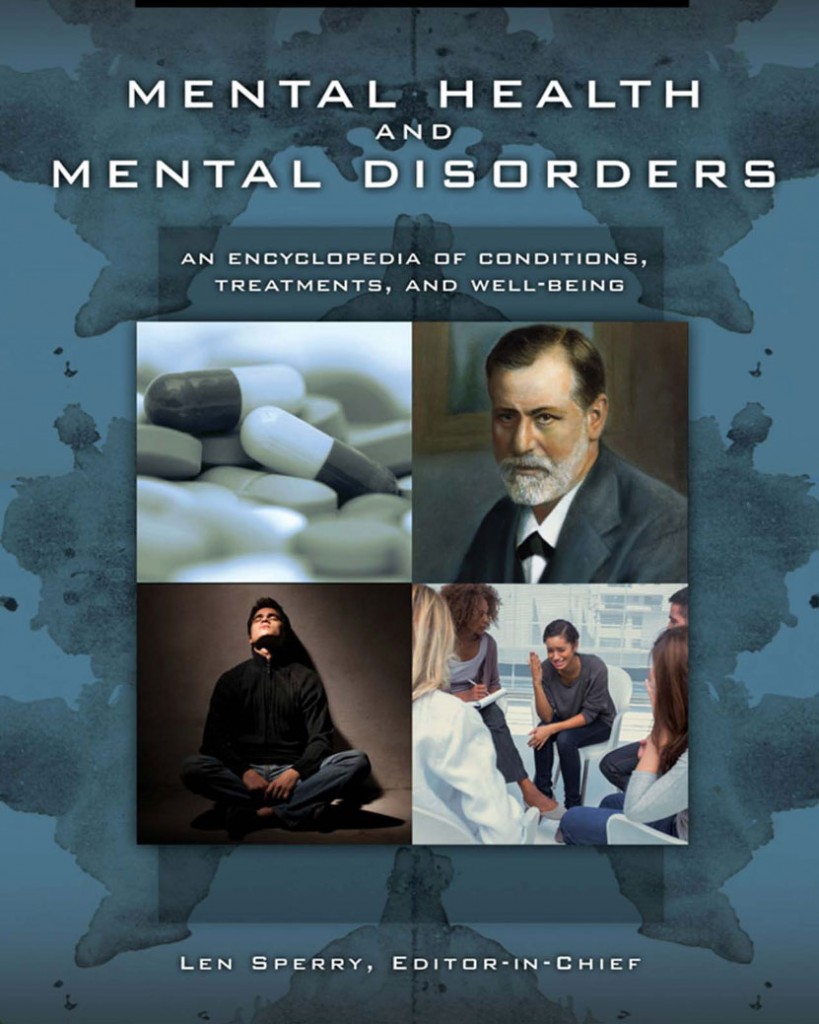 The group agrees that it was both a labor of love and a true learning experience.

“The sheer scope of the project guaranteed that you were always learning something,” says Steven Vensel, an assistant professor of counselor education at Palm Beach Atlantic University and associate editor of the encyclopedia. “The most enjoyable part was being part of an incredible team of people. It was always helpful knowing that support was readily available. Being able to work with Len Sperry was especially gratifying.”

In addition to Sperry, an American Counseling Association member who is also a distinguished fellow of the American Psychiatric Association, sections of the encyclopedia were written by one FAU doctoral student and 11 graduates from the university’s master’s and Ph.D. programs. The group split up the work and met periodically over the course of three years to talk about the project and edit one another’s work.

The group learned not only about the different mental health topics they covered in the encyclopedia, but also the ropes of the publishing process.

“I also learned how hard and humbling working on a project like this can be,” says ACA member Mindy Parsons, an associate editor and counselor in private practice in Delray Beach, Florida. “I learned something valuable with each subject that I researched and wrote about. But it was not an easy task. Working on this encyclopedia was rewarding in expanding my knowledge base. However, at times it felt like a graduate program in itself.”

The encyclopedia is meant to serve as a reference book for college or school libraries, Sperry explains. An e-book version is also available so individuals can peruse topics electronically.

The 1,400-page encyclopedia covers a range of mental health topics in an accessible, relatable style and format, Sperry says. Its target audience is upper-level high school students, college undergraduates or those who might be unfamiliar with the counseling profession or most mental health topics.

Sperry and his co-authors formatted the three-volume work in a style that young readers would find approachable and easy to use. Most of the recent graduates who collaborated with Sperry on the project work with adolescents in their counseling careers.

“Knowing that you were providing information to individuals who could be inspired to pursue careers in mental health was very motivating,” says Vensel, an ACA member. “I also valued that the age group we were writing for has so much interest in the field but not a lot of experience or knowledge, so there is a real need for this work.”

Each topic, from emotions to posttraumatic stress disorder (PTSD), is broken down into subsections, such as word definitions, current trends and the topic’s psychological and cultural influences. For example, the entry on bullying uses the 2004 teenage comedy Mean Girls to explain school social relationships and rites of passage, Sperry says.

The group included more than 30 films – fleshing out the mental health themes in each – in the encyclopedia, as well as numerous pop culture references, from video games to Nirvana frontman Kurt Cobain. There are also sections on sexting, tattoos, reality TV and body piercing, as well as an explainer on the different types of counselors and mental health professionals.

“We’ve taken topics that are nontraditional, that you wouldn’t typically see in an encyclopedia or reference book,” Sperry says.

The project was born when the publisher, ABC-CLIO, contacted Sperry, who has published numerous books and book chapters previously. He asked some of his students and recent graduates to collaborate, and the group signed a contract.

“We set this thing up with a pace that made it possible for individuals to attend to their professional activities but also tend to family and not be overwhelmed,” Sperry says. “We were able to stretch it out so it was a doable project.”

Sperry calls his collaborators “very talented people” and says the group had a good working relationship.

“I gained a real appreciation for my associate editors, who work with adolescents and high schoolers on a regular basis,” he says. “[Their perspective] really enriched this project. … This project personified how the FAU faculty sees what education is. It’s not just course work and taking exams. It’s more than that. It’s this out-of-the classroom kind of learning. It’s sharing information, not just from the professor to the students. It’s a two-way interchange of information.”

CT Online asked each of the encyclopedia’s associate editors – Ph.D. graduates and former students of Sperry’s – what they hope the project accomplishes.

“In my career as a counselor, educator and advocate, I’ve worked hard to be open and honest about the realities of mental health and the issues that so many face. Over the years, it has been motivating and uplifting to see mental health treatment and services become a topic of conversation in the mainstream as these issues become less and less stigmatized. But as we know, there’s still a long way to go. I believe that with more access to information, children, teens and young adults will be better equipped to understand and accept the different challenges that exist as a part of being human. It is my hope that through avenues such as this encyclopedia, as well as podcasts, websites and books, that conversations about mental health continue to happen in homes, schools, workplaces and the community. If this book can help accomplish the goal of continued conversations about mental health, I’m happy to be a part of it.”

— Alexandra Cunningham, assistant professor at Lynn University in Boca Raton and clinical consultant for the Center for Autism and Related Disabilities at FAU

“My hope is that this encyclopedia increases youngsters’ understanding of mental health, raises awareness regarding social media’s influence on overall human functioning and psychological wellness, and encourages those who read it to begin to openly discuss these issues and seek further information and support if needed.”

— Melissa Mariani, assistant professor in the department of counselor education at FAU

“I’m very proud of the finished product. … My hope is that it is widely used and drawn from by students who are looking for information on mental health issues and dynamics. My greatest hope is that it could ignite someone’s passion to pursue a career in mental health and impact future lives in meaningful ways.”

Find out more about Mental Health and Mental Disorders: An Encyclopedia of Conditions, Treatments, and Well-Being at abc-clio.com