Damion’s (*) grandmother walked into the office, eyes reluctant to connect. Sitting on the sofa, she slowly began to explain her reason for coming in.

“I made this appointment for my grandson. He’s 3. The day care has threatened to suspend him. He pulled his pants down while in line to go outside, and last week wasn’t the first time.”

Chloe’s (*) dad, with mixed emotions of anger and worry, stated, “She’s only 5. She has all brothers. I’m afraid that someone has hurt her. She’s pulling her dress up at the bus stop and laughing about it, even after we tell her to stop.”

As a registered play therapist and licensed professional counselor who works with children as young as 3, these scenarios represent common conversations that I have with worried and confused parents. When children display behaviors that adults consider sexualized, it is a natural reaction to begin fearing that abuse has taken place. However, for preschool-aged children, it is a common and developmentally appropriate exploratory behavior.

In fact, research studies support that many children who engage in sexualized play or behaviors have not experienced sexual abuse. In a 2009 article published in Clinical Psychology Review (see digitalcommons.unl.edu/psychfacpub/403/), Natasha Elkovitch of the University of Nebraska-Lincoln and her co-authors also outlined that typical, “high-frequency” behaviors reported by parents of preschoolers include:

While knowing that this curiosity and naïve exploration of their bodies and the bodies of others is a normal, developmentally appropriate stage, however, it does not lessen the often awkward feelings and uncertainty of how to handle it.

This feeling is only compounded by the dreaded anticipation of the teen years. As children grow, their knowledge and awareness of sex also grows through exposure to caregiver relationships, peer interactions and the media (i.e., TV, Internet, social media).

The statistics related to sexualized behaviors and the adolescent stage of development add to many caregivers’ fears. According to a 2008 adolescent survey report conducted by the Centers for Disease Control and Prevention, 50 percent of U.S. adolescents (grades 9-12) were sexually active, 7.1 percent had their first sexual experience before age 13, nearly 15 percent had already had “four or more partners,” and 38.5 percent did not utilize contraception.

When caregivers observe or learn about their child’s play involving private parts and respond with alarm, sternness, isolation of the child or avoidance of the topic, the caregiver may inadvertently be shaming the child. This makes the mental connection for the child that private parts are bad and that their caregiver is not someone to talk to about their curiosity.

Research conducted by William Pithers and colleagues in 1998 indicated that children exhibiting sexualized behavior problems were more likely to have parents who viewed their children as attention seeking, considered time with them as unrewarding, were emotionally distant and engaged in more conflict-dominated interactions. Children who grow up under this parenting style tend not to view their caregivers as reliable role models of interpersonal relationships, confidants or valuable resources on awkward topics. These children are more likely to seek answers, nurturing and a semblance of love from others, taking their cues from online information and peer pressure.

Damion’s grandmother was part of the generation that did not talk about such behaviors. Such behaviors were not just kept private; they were left a mystery. Damion’s grandmother was also really overwhelmed. She had a job, teenagers of her own she was still raising, a husband, friends and a very busy 3-year-old grandson who was missing his mother. She was exhausted and admitted to often thinking that Damion was a burden and too needy. She just wanted his problem behaviors to stop.

Chloe’s dad was raising four children on his own, with Chloe being the only girl. He was at a loss and thought that he had failed as a father. He admitted that conflict was a major part of daily life in their home. He was stretched thin for time, money, patience and ways to relate to his daughter.

So, what can caregivers do to help their children bridge the expanse from developmentally appropriate curiosity of the world around them in preschool to healthy decision-making and boundaries?

Thankfully, many researchers have been asking versions of this question for decades. The answer consistently comes that the relationship that children have with their caregivers is the key to positive outcomes — specifically, the authoritative parenting style of balancing warmth and support with 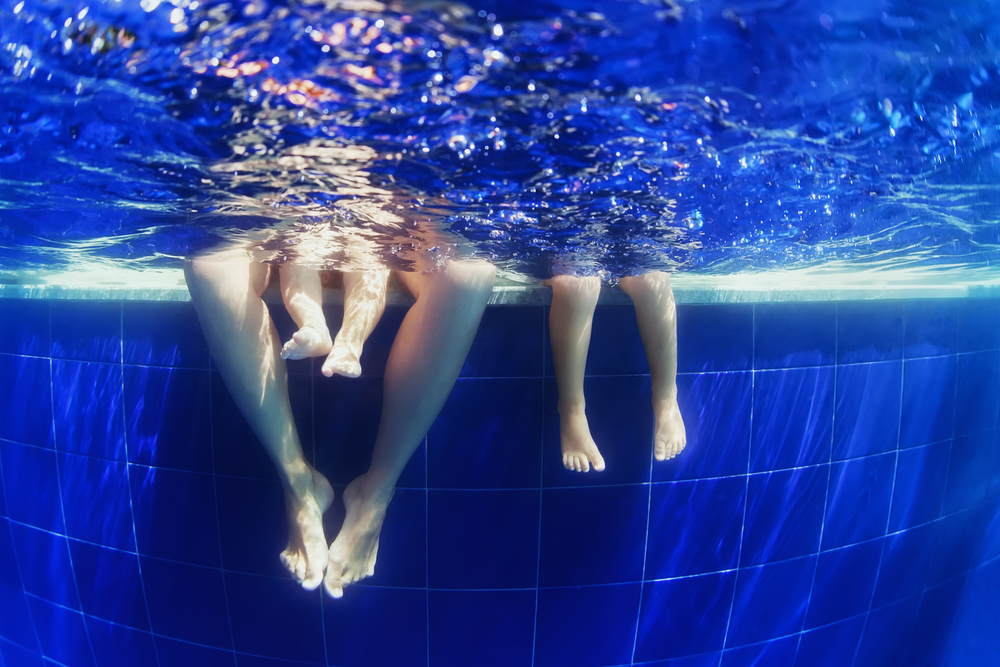 monitoring and control. This is supported across socioeconomic and ethnic groups.

Beginning in the first year of life, children are learning how and whether to trust their caregivers. Erik Erikson’s stages of psychosocial development also states that during the preschool years, children are attempting to gain a sense of autonomy. They want and need to feel emotionally safe enough both to explore the world around them (including their bodies and others’ bodies) and to seek out caregivers when confusion or “storms of life” arise. This time of a preschooler seeking refuge in a caregiver is the most valuable and opportune time to start the lessons of interpersonal boundaries, social etiquette, family morals and values, and decision-making skills.

With preschoolers, it is best to engage in these conversations and lessons through play. When children are engrossed in their toys and own imaginations, they are much more likely to talk. Garry Landreth, a pioneer in the world of play therapy, has said, “Play is a child’s language, and toys are their words.”

Entering a child’s world through play is the best way to speak his or her language about tricky topics. Watching children’s play and keeping track of the themes in their play can provide great insight into what they are trying to gain mastery over or what is troubling their hearts and minds. Playful lessons may seem counterintuitive. However, they make the most lasting memories and connections for children. Entering a child’s world through play also builds bonds that help the child feel the emotional security to seek caregivers out when troubles come.

In working with Damion and Chloe, it was vital to include their caregivers. With both families, we decided to set aside certain times at home during the week for a special, uninterrupted time with each child and caregiver. It started out as 15 minutes of imaginative play of the child’s choosing. All behavior concerns started to decrease.

We also used our therapy session to begin talking about private parts and why they are private. This conversation was transitioned into the home as the caregivers became more confident in their preferred way of talking about the subject with the child. The caregivers and I also worked to increase the balance of warmth and support with monitoring and control. Through therapy, we confirmed that no abuse had occurred; the children’s behaviors were a combination of developmentally appropriate curiosity and negative attention-seeking behavior.

Through my work, I have found that many caregivers, when trying to teach their children about private parts, are uncomfortable with many of the books that describe reproduction or sexual abuse. A colleague and I decided to write a book that approaches this topic from a normal, developmentally appropriate perspective in a way that helps caregivers start the conversation and normalizes talking to caregivers. It’s … Just Private will be available at booksellers in the upcoming months.

*All identifying details of these stories have been altered to protect the identities of the individuals referred to in this article. 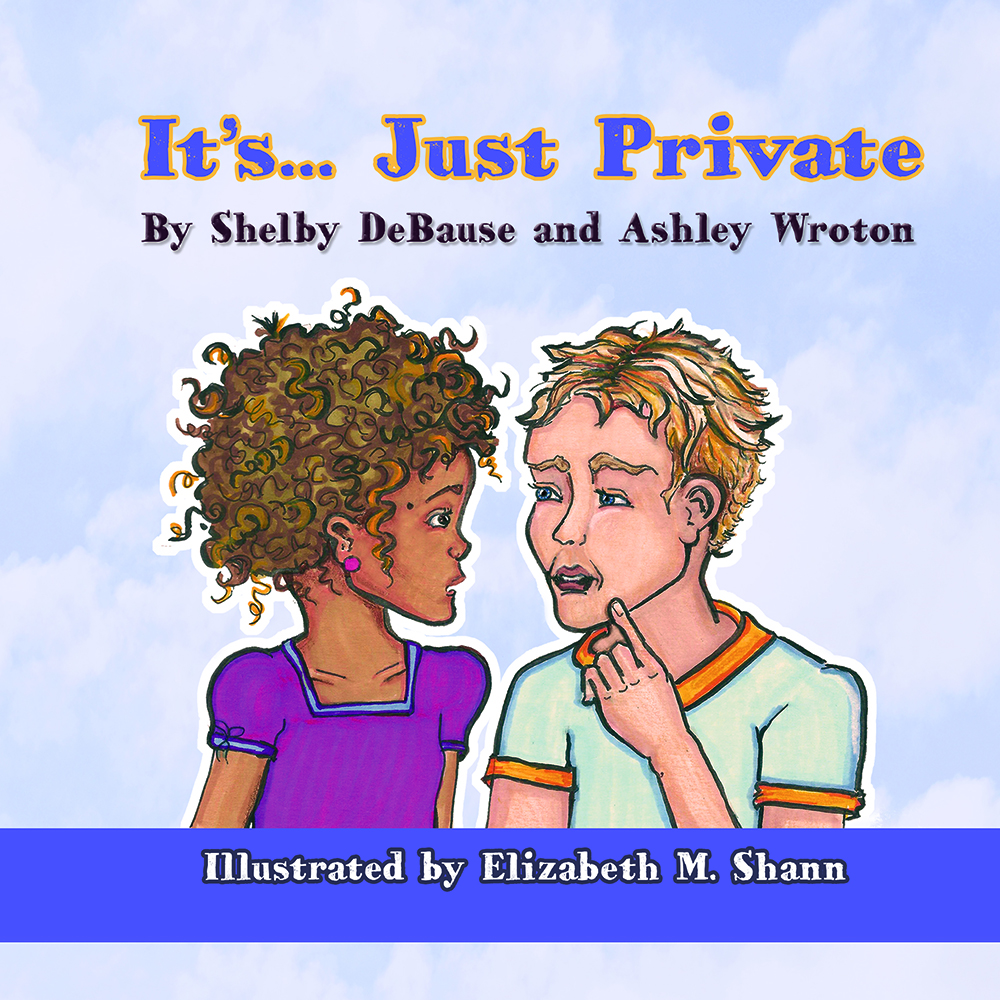 counselor and registered play therapist in Hampton, Virginia. She received her master’s degree in education and her education specialist degree in mental health and school counseling from Old Dominion University. She is the co-author, with Shelby Debause, a licensed marriage and family therapist, of It’s … Just Private, a children’s book that helps young children understand the need for setting boundaries with their bodies and gives caregivers strategies for communicating those boundaries. Ashley and Shelby can be reached through Facebook at Ashby Consulting LLC or through the genesiscounselingcenter.com website.