“When I was a boy and I would see scary things in the news, my mother would say to me, ‘Look for the helpers. You will always find people who are helping.’” — Fred Rogers

It was 9:53 a.m. on Sunday, June 12, when I received a text from my husband regarding the mass shooting at Pulse, an Orlando, Florida, nightclub catering mainly to lesbian, gay, bisexual and transgender (LGBT) individuals.

I was wrapping up the week at a sex education and counseling conference in San Juan, Puerto Rico, where I was sitting in our closing plenary session. It had been a week of personal empowerment. I had been absorbed by the many workshops on sexual inclusivity, especially regarding the LGBT community. I was surrounded by like-minded professionals who were advocating for change in our society’s attitudes toward sexual minorities. My evenings were spent enjoying time with my husband and 7-year-old daughter, who had come with me to Puerto Rico to enjoy the beach and pool at the conference hotel. It was a nice way to kick off the summer with my family.

As I sat in the final session, I looked down at the text and read the headline of the link my husband had sent me, “Orlando Shooting: 50 People Killed.” Reading further, I learned the shooting had taken place at Pulse, which is just a few miles from our home. I had enjoyed visiting the nightclub with my husband and friends on numerous occasions.

After reading the article again, my thoughts quickly turned to my immediate friends who might have been at Pulse when the shooting occurred. I began to worry. I could no longer focus on the session and stepped outside to begin texting friends to see if they were OK. Thankfully, my friends were safe, but they were as distraught as I was and were anxiously going through their own lists of friends. Social media was filled with news of the shooting. Some posts provided reassurances of loved ones’ safety. But, heart-wrenchingly, other posts were from people seeking information about family and friends who were still missing.

As we traveled back home the next day and as the names and faces of the victims were gradually released in the media, I was struck by how many young people of color were killed on what was “Latin Night” at the nightclub. As a gay Latino man who had visited Pulse, I felt a strong connection to the victims and their families. I didn’t talk much during our flight back to Orlando. I spent the time turned inward, trying to make sense of what had happened and thinking about what my city was going through. I was distressed by my roiling emotions and felt trapped by the logistics of travel. I couldn’t wait to do something to help the victims and their families.

After arriving home, I visited The Center, Orlando’s LGBT community center, to volunteer crisis counseling and Spanish translation services. The common area of The Center was a beehive of activity as volunteers welcomed visitors, organized donations, worked crisis phone lines and did their best to help people affected by the shooting. Local individuals, organizations and 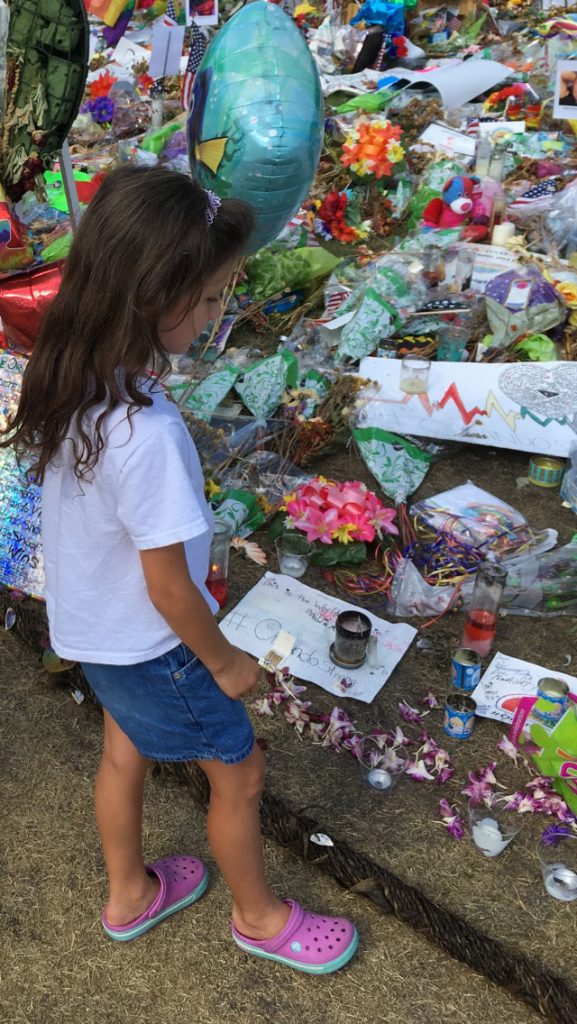 Lucia Lassiter-Sanabria, the author’s 7 year-old daughter, at a memorial site set up recently at the Dr. Phillips Center for the Performing Arts in downtown Orlando. “I had been talking to Lucia about the [Pulse] shooting and wanted to show the enormous amount of love and support that was given. It was a tender moment watching her walk around, look at the pictures of the victims and read some of the signs of love,” says Sanabria.

businesses had donated food, water, services and gifts, while others were providing safe spaces for anyone who needed support. People from all over the country and the world were donating money to support the survivors and victims’ families. And, of course, professional counselors from around the state had stepped up to provide grief and crisis counseling.

Witnessing all of this activity and the many people who were traumatized or retraumatized by the news and stories of the shooting, I felt the magnitude of what this tragedy had done, not only to the victims at Pulse but to our entire community. It was at this point, standing there witnessing the outpouring of grief and anger, that I felt anxious, insignificant and powerless. I immediately felt an internal pressure to do as much as I could to help.

Throughout the week, I met with and provided support for survivors of the shooting; debriefed with my students in each of my summer classes; took my daughter and a couple of her friends to the LGBT center with sympathy cards I had helped them create; attended vigils; donated money; and locked arms with other LGBT activists and allies to block the well-known hate group, Westboro Baptist Church, from disrupting the funeral of one of the victims.

Despite this involvement, I still felt anxious, insignificant and powerless. These feelings stubbornly remained in the face of so much need. As my anxiety grew, I began losing sleep, had difficulty concentrating and was irritable. The worst part was my need to reenact, in my imagination, some of the stories I had heard on the news and from the survivors I had spoken with. These feelings were exacerbated by the litany of anti-gay and pro-gun political messages being expressed by the talking heads on various media outlets.

I realized I was experiencing burnout as a result of vicarious trauma and needed to make some immediate changes, starting with recognizing the importance of self-care.

Most counselors are familiar with the importance of self-care. Many of us spend hours each day listening to difficult stories, and for those who work in crisis care, these stories can be exceedingly tragic. Providing empathy for our clients is the hallmark of our profession, but it is also a main contributor to compassion fatigue. Counselors often become so involved in their work that they do not take adequate time to check in with how that work is affecting them physically and emotionally.

It is important that counselors remain alert to the warning signs of compassion fatigue. Physiological symptoms may include physical exhaustion, headaches, insomnia and increased susceptibility to illness. Emotional symptoms include anger, irritability, gradual disassociation, depression and difficulty concentrating. Ignoring these warning signs can lead to counselor impairment, which puts clients at risk for harm. 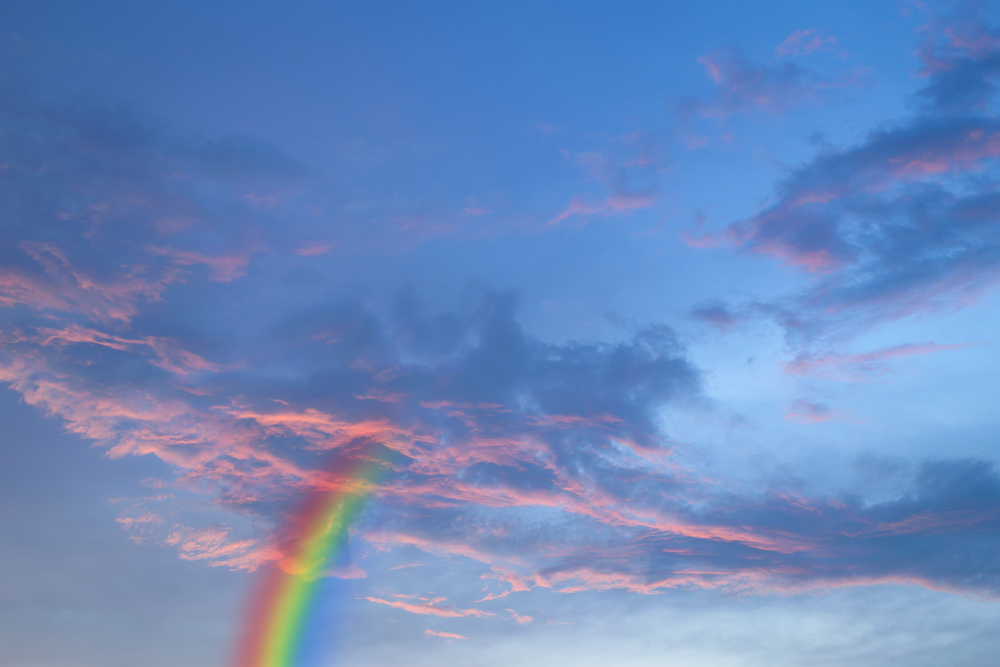 It is a counselor’s ethical and professional responsibility to work toward reducing compassion fatigue. This does not mean fighting against these feelings, but rather working through them, both before and after meeting with clients. Giving oneself permission to break for self-care can also help reduce compassion fatigue. This can be as simple as pausing for a deep breath and identifying one’s physical and emotional responses throughout the day. It can also be vital to create some mental space between oneself and the work, perhaps by spending quality time with family and close friends.

Taking these steps may be challenging for some, especially when working with a community impacted by a tragic event. Luckily, my close friend and colleague has a background in crisis work and, knowing the importance of self-care, reached out to me daily with reminders to take breaks and meditate on my physiological and emotional responses.

Once I recognized the symptoms of compassion fatigue within myself, I made sure to spend quality time with my family and to show appreciation for them. These were meaningful experiences that helped me re-center myself.

Also, at my friend’s suggestion, and for the first time in my professional life, I attended a support group for counselors. I appreciated being able to share how this tragedy had affected me in a room of supportive individuals who were going through the same experience. This group outlet was important and I noticed a reduction in my level of anxiety. However, there was still something that kept me from moving forward. It wasn’t until I heard another counselor share her experience with guilt for not doing enough that something clicked inside me.

Another common experience among crisis counselors is the feeling of empathy guilt and survivor’s guilt.

Empathy guilt is a reaction to someone’s pain or distress that leads to the belief that one should try to work toward relieving those feelings. This can also lead to the feeling that one is not doing enough to help others relieve their pain. Survivor’s guilt can occur with someone who has survived a traumatic event or, in the case of counselors, works directly with victims impacted by a traumatic event. The symptoms of empathy guilt and survivor’s guilt include feeling regret, isolation, helplessness and, in serious cases, suicidal ideation.

One of the best ways to work through guilt is to share the experience with others and to recognize that this is a common emotion that, if properly managed, can be used to further empathize with the experiences of our clients. During the counselor support group, I was able to share my feelings of guilt and begin the acceptance process. I realized that it was not necessary to fully rid myself of these feelings of guilt; instead, I could use them to gain better insight into my internal emotional processes.

I came to understand that there was no amount of hours I could volunteer, marches I could walk, sympathy cards I could help my daughter create or money I could donate that would change what had happened to the victims of the shooting. I realized that “never enough” was good enough. This realization became a central part of my self-forgiveness and healing.

This tragedy has shattered lives. It will take years to understand why this happened, if we ever can. The greater Orlando community has been galvanized, and I can feel a sense of unity and compassion that is heartening.

Personally, I have come to grasp one of the most important lessons of being a counselor, advocate, ally and humanitarian: Despite our best efforts and whatever time we put in, we will never achieve “enough.” Once I understood this, I felt a profound sense of peace and self-forgiveness. As I write this, the need for caring and supportive counselors in Orlando continues. Fortunately, I am able to volunteer service in a way that doesn’t deplete me or put those seeking my help at risk of harm.

It still breaks my heart to think about the bright lives taken from our community. As I sat with the other crisis workers in our support group, I realized that we had all been affected by this senseless tragedy and that we needed support just like everybody else. We laughed, cried and hugged each other; we respected our own emotional struggles; and we sat in silence to honor the lost lives. Most important, we helped strengthen one another so that we can go back out there and do work that will never be enough.

Samuel Sanabria is a licensed mental health counselor in the state of Florida with more than 15 years of clinical experience. He is an associate professor in the graduate counseling program at Rollins College in Winter Park, Florida. Contact him at ssanabria@rollins.edu.