On June 12, America woke up to the terrible news that dozens of people had been killed and injured in a spree of violence perpetrated by a single shooter at a popular nightclub in Orlando, Florida.

Within 24 hours, local counselors began circulating a spreadsheet, asking practitioners to sign up for shifts to offer therapy and support to victims, their families and community members at several locations around Orlando. The spreadsheet had more than 650 practitioner names on it within a few days, says Kristin Page, a licensed mental health counselor (LMHC) who offered crisis counseling in the days and weeks that have followed the tragedy.

“It was truly a community effort. People were willing to pitch in as needed,” says Page, a faculty member in the Department of Professional Counseling at Webster University in Orlando.

“I wish I could share the beauty of the counseling community in Orlando,” agreed Shainna Ali, president of the Florida Association of Multicultural Counseling and Development, and one of the many who provided crisis counseling in Orlando after the shooting. “Instantly following the [shooting] there was a surge of willing and able counselors ready to meet the needs of the 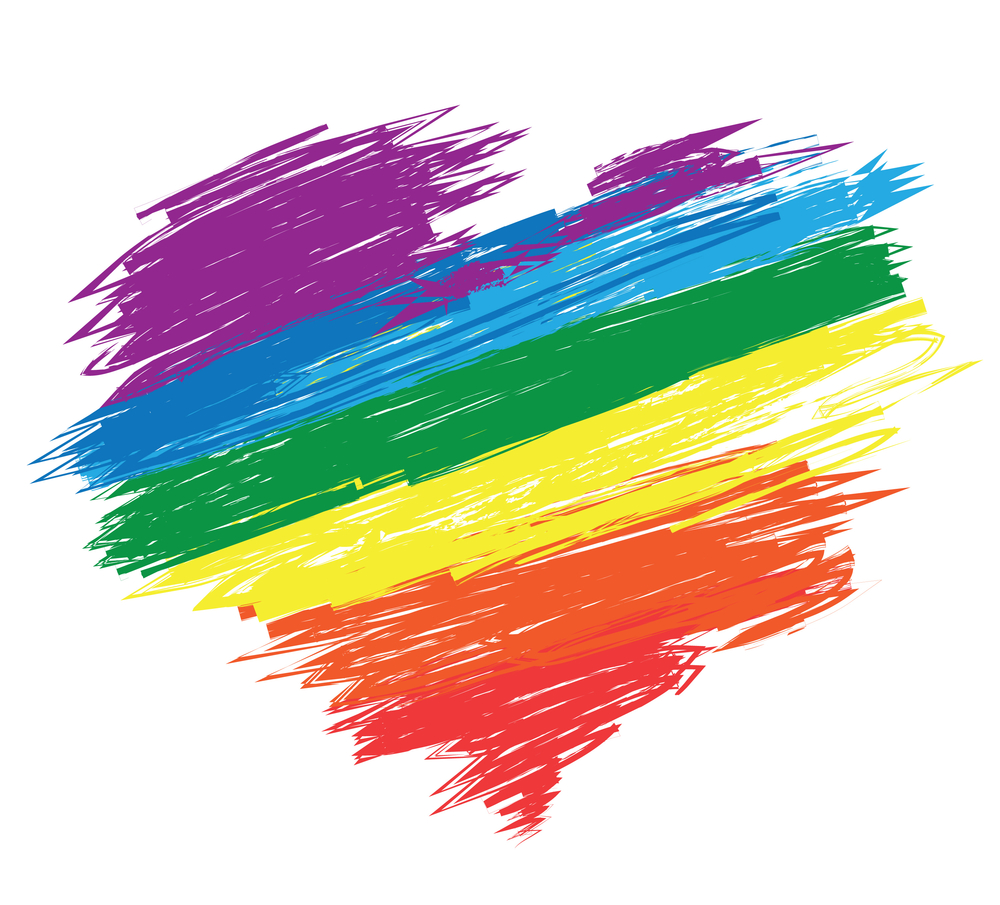 community. I was able to see our counseling values in action, live in front of my eyes. As hundreds signed up for volunteer shifts, my heart was warmed as I noticed familiar names, peers, colleagues and past students. The counseling community has certainly banded together and is presently championing social justice in Orlando. I never have been more proud to be a counselor in the City Beautiful.”

The June 12 incident at Pulse nightclub in Orlando is being called the deadliest mass shooting in modern U.S. history. Forty-nine people were killed and 53 were wounded.

The first 911 calls came from the packed nightclub just after 2 a.m. After an initial barrage of gunfire, the shooter, 29 year-old Omar Mateen, barricaded himself in a bathroom with other clubgoers. The standoff came to an end just after 5 a.m., when law enforcement breeched the premises and killed Mateen in an exchange of gunfire.

“The community as a whole is grieving. [The shooting] has taken a mental health toll on people here in Orlando in various ways,” says Page. “This really hit home for so many community members – even people who didn’t know anyone who was at Pulse are finding themselves struggling, crying all the time.”

Following the shooting, many who came to counseling “just wanted to sit with someone and talk – be safe, and be heard,” says Page.

“In the initial days and weeks after the attack, we were doing a lot more listening [than structured therapy]. Just letting people express how they’re feeling is important, getting those feelings out there,” says Page.

The ad-hoc group of volunteer practitioners met with people at churches and other community locations, talking with victims, friends and family of victims and community members. They also saw first responders, such as emergency dispatchers, police officers and others who were involved as the shooting unfolded.

Through crisis counseling, Page says she focused on the message that feelings of grief and sadness are natural in the wake of trauma, she says.

“So they’re not thinking ‘this is just me’,” she explains. “The intensity of the feelings is very real to them. We [counselors] are letting them know that this is a process, and normal in the wake of something traumatic or the occurrence of a grief event.”

“Overall, the way the community has come together already shows me that we’re going to survive this. We’re going to be OK,” says Page. “The wonderful efforts on local therapists part have just stunned me. I have seen so many people come together. But this has taken a mental health toll on so many in Orlando. We will continue to need services. This is something we’re going to have to build together.”

Grief over the Pulse shooting was felt acutely by both the LGBT community, as Pulse is a popular gay nightclub, and the Latino community, as the violence occurred during a Latin-themed night at the venue.

Counselors should understand that “a safe place for the LGBT community was attacked” on June 12, says Ami Hooper, a LMHC in Tampa and leader in the Florida branch of the Association for Lesbian, Gay, Bisexual and Transgender Issues in Counseling (ALGBTIC). “Our LGBTQ clients need to know they are still safe and [should] be allowed an opportunity to process these events from various perspectives as the realizations come to them. I want counselors to know that like in all times of grief, you don’t have to have the answers. Often, there are no answers. Only that the best approach is to offer a safe space for clients to come as they are, when they desire. Not all of those impacted will seek counseling immediately, but [will] rather wait some time to seek help.”

The Pulse shooting took place during a week when several other traumatic events shook the Orlando community, including an alligator attack that killed a toddler on the Walt Disney World property and a murder-suicide at a rock concert.

Candace Crawford, president and CEO of the Mental Health Association of Central Florida (MHACF), says her organization’s mental health referral service has seen calls increase by roughly 20 to 25 percent since the Pulse shooting.

MHACF, an advocacy and mental health support nonprofit in Orlando, is working on creating a comprehensive plan to offer post-crisis counseling services for at least another 12 months, says Crawford.

“The crisis intervention is great for right now, but there will be many people for whom that is not sufficient,” says Crawford. “What we’re looking at is the delayed onset of trauma. There’s so much to be done for families who are attending to the immediate needs, moment by moment, day by day. There will be a time when they will be impacted, [and] they will all the sudden be unable to get out of bed … We want to be there to provide that safety net for those who have made it through for a time, but are impacted.”

After the Pulse shooting, Orlando city leadership organized a 24-hour response center at the Camping World Stadium, the downtown venue where the Citrus Bowl is played. More than 50 agencies collaborated to provide support services – everything from help with funeral arrangements to finding out-of-town relatives a place to stay.

Crawford said the community-wide response following the shooting has been “remarkable.”

In the week after the shooting, Crawford said she received a group email sent from Orlando’s LGBT community center, asking for help finding an apartment for one of the shooting victims as they were being released from the hospital.

“Within two minutes [someone replied and] they had an apartment for this person. Two minutes. That just shows you the kind of response we’ve been getting from this community,” says Crawford.

The Florida Counseling Association, the American Counseling Association’s branch in the Sunshine State, kicked into high gear on June 12. In the days and weeks that have followed the Pulse shooting, the association has sent out regular communications and social media posts connecting members with resources and information as well as calls for volunteers to join the Orlando-area crisis counseling efforts.

“We are incredibly thankful for our local counselors who quickly came to assist and help those in need, and we are continuing to remain in constant communication with our contacts in Orlando, FCA President Michelle Bradham-Cousar wrote in an email to Counseling Today. “We have sent out various communications to our counselors in order to secure an abundance of counselors for constant rotation and to provide for the needs of the Orlando community.”

We asked several counselors from FCA who have been involved in Orlando’s trauma response to share some thoughts on the situation in Orlando.

“Counselors outside of Florida should be mindful about how clients feelings, thoughts and behaviors may be directly or indirectly related to the [Pulse] shooting, although they do not live in Florida. Providing them with the support they need and letting everyone know you stand with Orlando, even in a small way, can make a huge difference to help the nation heal. Counselors can prevent this from happening again by providing education, advocacy and clinical services to and on behalf of marginalized groups to reduce the effects of mental health issues and inequality from contributing to future incidents.

… When people worldwide go back to their regular lives and the media moves on to other stories, people all over will still be suffering from the shooting massacre just like the victims, families and community members of similar [past] tragedies are still suffering or were re-traumatized by this event. [They] will still be grieving, and trauma symptoms will emerge or continue for victims, their families and first responders, including professional counselors.”

— Letitia Browne-James, a LMHC who provided crisis counseling in Orlando

“As counselors, it is essential that we remember to be kind to others and most importantly, to be kind to ourselves. Tragedy can occur at any point in time and our ability to heal and process difficult emotions arising from a difficult event is easier to endure with supportive individuals at our side. Enhancing safety for the LGBT community and educating the public regarding awareness on mental illness — more specifically anxiety and depression, among others — will be the first step in helping our communities prepare for future tragedies … Although individuals around the globe have not directly experienced the calamitous event in Orlando, they are still impacted and are in need of comfort and support from caring individuals. Counselors worldwide are subject to compassion fatigue and may also be indirectly impacted by this senseless tragedy.”

— Courtney Martensen of Jacksonville, president-elect of the Florida Association for Child and Adolescent Counseling

“At the present time, there is heightened energy and willingness to assist. However, individuals are still in shock and absorbing the news. It is important to remember that when considering traumatic events, self-awareness to mental health needs often occurs much later than the actual event. Thus, it is important to consider that realization and subsequent need for counseling may likely occur in waves following the Pulse tragedy.

… The traumatic influence of this tragedy influences individuals within and beyond Orlando. Counselors should be well aware of the pervasive impact of this event. Beyond clients, individuals who may be affected yet not enrolled in counseling services may seek solace in a counselor who may be a family member, friend or acquaintance. Counselors should be prepared to provide these individuals with the gift of presence and be prepared to provide clinical resources and referrals.

The Florida Counseling Association at flacounseling.org

The Mental Health Association of Central Florida at mhacf.org

The American School Counselor Association page on helping kids during a crisis: bit.ly/29A8Nr0

“Counselor addresses self-care, guilt in the wake of Orlando shooting”

“After Orlando: Helping others, helping ourselves”

“When tragedy hits close to home”