Animal-assisted therapy involves much more than helping professionals bringing a pet to work with them or having an “office mascot,” says Amy Johnson, a contributor to the new Animal-Assisted Therapy in Counseling Competencies. The competencies were developed in collaboration with the American Counseling Association’s Animal-Assisted Therapy in Mental Health Interest Network.

“We’re seeing teachers and practitioners bringing animals into sessions and classrooms without training [in animal-assisted therapy],” says Johnson, a licensed professional counselor (LPC) who directs the animal-assisted therapy certificate program at Oakland University in Rochester, Michigan. “From a client’s, animal’s and practitioner’s standpoint, there’s a high risk of a negative experience. In order for it to work, there need to be a set of standards and competencies – tenets to follow.”

The new animal-assisted therapy (AAT) competencies, which were endorsed by ACA’s Governing Council and released this spring, were developed to establish best practices for counselors who use animals in therapy. The co-authors also hope that the document helps spread the message that AAT is an intentional technique that involves another being with needs and sensitivities, says Johnson.

“It seems like enthusiasm about the human-animal bond has been steadily growing, and that’s wonderful. But at the same time, there’s a lack of awareness that this is a specialty area within counseling that requires training and knowledge beyond [a counselor’s graduate course work],” says Leslie Stewart, an LPC and assistant professor of counseling at Idaho State University who 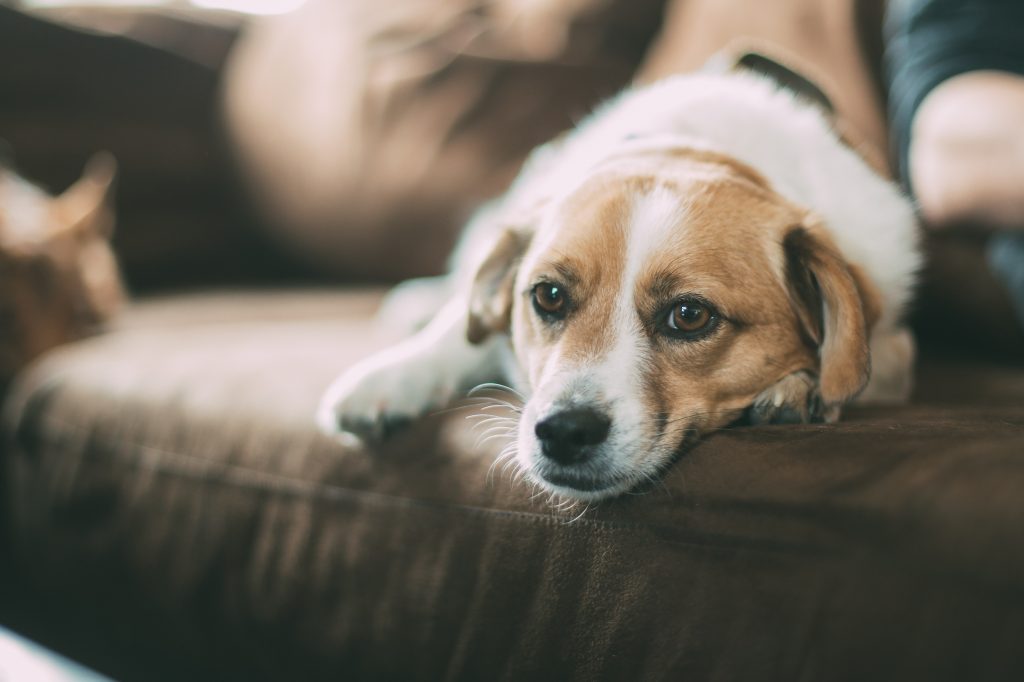 is a co-author of the AAT competencies. “There is an increased risk of harm for the client and the animal; there are specialized approaches that a handler needs to take with the animal interaction in the therapeutic interaction.”

Practitioners who teach AAT often use a triangle model to show the connection between a counselor, the client and the AAT animal, explains Johnson. Each side of the triangle is an equal length, which means it needs equal weight and consideration. Being mindful of all three components is critical, she says.

“These [AAT animals] are living, sentient beings, not just a tool. … Sure, your dog is great, but can it see eight clients per day?” says Johnson.

Stewart and Johnson agree that interest in AAT has been growing steadily in recent years, not only among counselors but among other helping professions such as social work. As therapy animals are used in disaster relief, on college campuses and in other settings, AAT is receiving more media attention. With interest growing, there has also been an increase in training programs and sessions on AAT at professional conferences, Stewart says.

When done intentionally and correctly, AAT can be a useful tool for all types of counselors across a spectrum of settings, from classrooms with young children to older adults or veterans recovering from trauma, Stewart says. AAT can involve a variety of animals, from dogs and cats to rabbits, guinea pigs and horses.

AAT can be combined with other forms of traditional therapy such as cognitive behavior therapy. The animal can help clients to feel more comfortable in session or serve as an outlet with which clients can practice social or communication skills.

Or the animal can be used to illustrate a concept or lesson. For example, a school counselor or practitioner who works with young children might use a hermit crab to focus on the concept of moving, Johnson explains. Talking about the crab’s move from one shell to another might encourage a young client to talk through his or her own moving experience.

“One of the strengths of the [AAT] intervention is that when it’s practiced by a competent provider, it’s extremely flexible in its application,” Stewart says. “It can be tailored and adapted to meet the needs of counselors and their populations.”

The new AAT competencies were born out of ACA’s Animal-Assisted Therapy in Mental Health Interest Network. The group, of which Johnson and Stewart are both members, had been talking about the need for a set of AAT competencies for several years, they say. The competencies ultimately came to fruition when Stewart took them on as part of her doctoral dissertation at Georgia State University.

After Stewart completed the competencies – and her dissertation – in 2014, the AAT interest network submitted the competencies to ACA. After a brief review and revision process, the association’s Governing Council gave its final approval of the document at ACA’s 2016 Conference & Expo in Montréal this past March.

The document became ACA’s eighth set of professional competencies that are posted online and available to the public.

The competencies also lay a foundation for other professions to develop AAT competencies “so that everybody’s practicing with the same intentionality,” Johnson says.

“I’m so excited and honored that ACA is recognizing not only the efficacy [of AAT], but the specialization involved,” Stewart says. “I hope that counselors and educators who are interested in this will take the time to recognize that, yes, your enthusiasm is warranted, but [AAT] is a skill that involves knowledge [and] a living being. … Stop and think for a few minutes: Everything we do, every decision we make as counselors, whether we’re working with an animal or not, communicates something to a client. What do you want to communicate to your client? If you’re not attending to an [AAT] animal’s welfare, what is that communicating to your client?”

The American Counseling Association’s Animal-Assisted Therapy in Counseling Competencies are available at counseling.org/knowledge-center/competencies

Counselors: Interested in joining ACA’s animal-assisted therapy interest network? The group of more than 300 practitioners exchanges ideas through a Facebook page and the ACA Connect listserv and has a get-together every year at ACA’s annual conference.

Find out more at counseling.org/aca-community/aca-groups/interest-networks