The American Psychiatric Association has created an online portal for the public to submit suggested changes to the Diagnostic and Statistical Manual of Mental Disorders (DSM-5).

Launched this winter, the portal allows clinicians, scholars and members of the public to submit suggested additions, deletions or modifications to the DSM.

Often called the “psychiatric bible,” the DSM-5 is a go-to resource for many practitioners when it comes to the classification and diagnosis of mental disorders. APA released this most recent version of the DSM in May 2013, after more than a decade of planning, research and review.

The online portal creates a way to keep the DSM updated in a more timely manner and make changes incrementally, as new information and research is available, according to the APA website.

This new medium offers an important and much-needed chance to have counselors voices considered in what has traditionally been an arena dominated by psychiatrists, says Stephanie Dailey, who was involved with the American Counseling Association’s DSM-5 Task Force and co-author of the ACA-published book DSM-5 Learning Companion for Counselors.

However, Dailey, a licensed professional counselor and associate professor and director of counseling training programs at Argosy University, Washington, D.C., expresses some skepticism about which submissions might actually be considered for changes to the DSM. She contributed some thoughts, via email, to Counseling Today:

“The Diagnostic and Statistical Manual of Mental Disorders (DSM) has long been criticized, amongst other things, for poor utility; inadequate psychometric evidence for diagnostic categories and specifiers; comorbidity issues; overutilization of ‘catch all’ diagnoses (e.g., not otherwise specific [NOS] and generalized anxiety disorder [GAD]); and underutilization of emergent genetic, neuroscientific and behavioral research.

While APA’s DSM-5 Task Force attempted to rectify many of these issues, there are still considerable challenges in regard to validity, reliability and clinical utility within the DSM-5. Clarification of diagnostic descriptions, criteria, subtypes and specifiers is needed and there is a significant dearth of information regarding sociocultural, gender and familial patterns for diagnostic classifications. There is also a lack of rigorous psychometric validation for suggested dimensional and cross-cutting assessments (introduced in the DSM-5) and no consensus was made during the last revision to the DSM in terms of modifications needed for the personality disorders category. Thus, this diagnostic category has remained unchanged and clinicians (and clients) are facing the same challenges as they did 20 years ago when the DSM-IV was released.

In terms of the new portal, it is important for individuals to understand the revision process of previous iterations of the DSM to really appreciate the magnitude of an ‘open’ call for revisions. The revision process of the DSM-IV to DSM-5 was a 14-year process, beginning in 1999, which originated with a research agenda primarily developed by the American Psychiatric Association 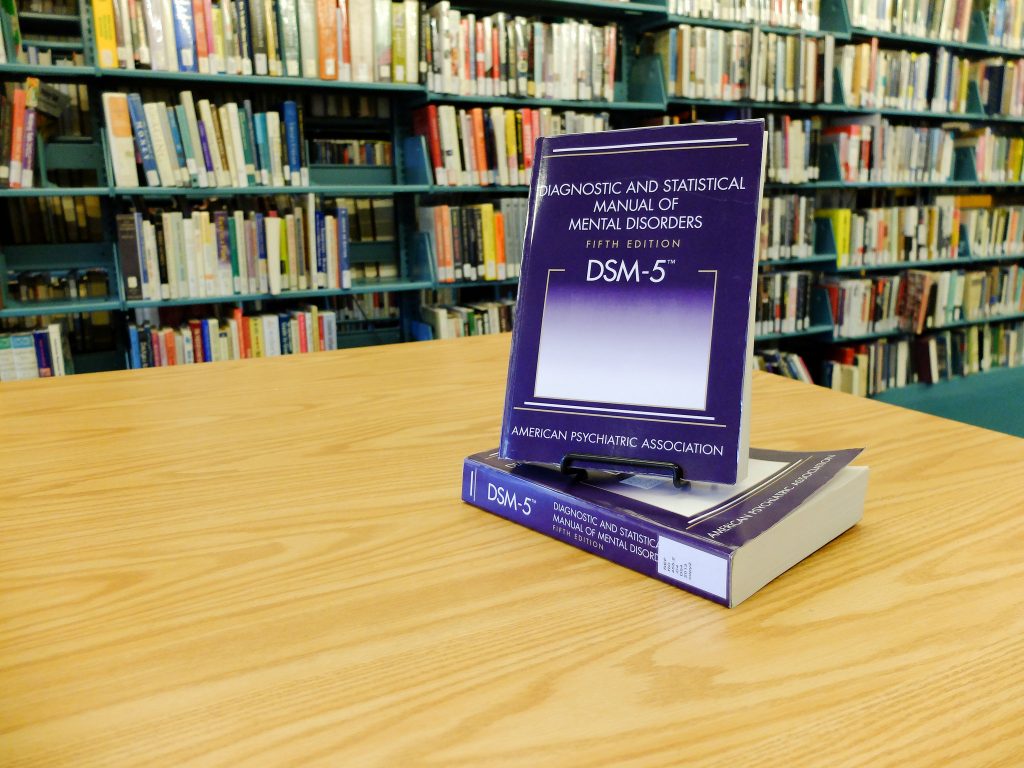 (APA), the National Institute of Mental Health (NIMH) and the World Health Organization (WHO). In 2007, APA officially commissioned a DSM-5 Task Force which formed 13 work groups on specific disorders and/or diagnostic categories. While the scope was broad, the intent of the workgroups was to improve clinical utility, address comorbidity, eradicate the use of not otherwise specified (NOS), do away with functional impairments as necessary components of diagnostic criteria and use current research to further validate diagnostic classes and specifiers. Having released the draft proposed changes, three rounds of public comment and field trials were conducted between 2010 and 2012. During this time, numerous professional organizations, including ACA, voiced significant concerns (See ACA’s 2011 letter to APA: bit.ly/2kxJBVY).

Despite attempts to become involved, at no time has any professional counselor ever served on APA’s DSM Task Force. In regards to the new portal, our time to have a foothold in changes to current diagnostic classifications is now.

In looking at the portal which lists specific kinds of revisions sought, one can easily see that APA is looking to remedy the long-term critiques of the manual, specifically validity, reliability, utility and the need to capture emerging research.

However, what proposals (and by whom) that are selected for inclusion remains to be seen. While the portal allows anyone to submit a proposal, there is a long history of bias in the type of research which is deemed appropriate for consideration by APA. While there is no dispute in terms of the need for rigorous research designs and large scale studies to validate criterion, these studies are not likely going to be conducted by anyone outside of APA, NIMH, WHO and other large scale ‘think tanks.’

The problem, particularly for counselors, is both philosophical and practical. First, the psychiatric profession as a whole is trained in the medical model, while counselors tend to operate on a more humanistic, holistic perspective. Next, while Paul Appelbaum, chair of the DSM Steering Committee, stated that acceptance thresholds will be high, reports from Appelbaum and others have ensured scrutiny for submissions which don’t provide ‘clear evidence.’ This is not only vague, but likely slanted towards the psychiatric community.

No one is disputing the need for the best available scientific evidence or the ability of the counseling profession to produce substantive outcome research for the mental health community. The American Counseling Association has members who have significant, scientific-based expertise in areas relevant to the DSM and strong research agendas which can support evidence-based changes. However, our seat at the table in these discussions has been scant.

Thus, counselors are strongly urged to contribute to the revision process by submitting proposals and working towards serving as unique contributors to the next edition. This is particularly relevant to counselors whose focus is on marginalized populations and underserved groups. Outcome-based research is needed, specifically that which has been repeatedly shown to improve treatment outcomes.

This is the time for counselors to become involved and make our experience known, and more importantly, our clients’ voices heard.”