At Friday’s opening keynote session of the American Counseling Association 2017 Conference & Expo in San Francisco, psychotherapy sage Dr. Irvin Yalom shared his insights on everything from self-care and vulnerability as a therapist to counseling by text, his love of literature and the essential nature of the therapeutic bond.

Yalom, one of the most influential mental health professionals of our time, began the session by answering a question about the importance of self-care for counselors from moderator Adele Cehrs, the CEO of Epic PR Group and a former journalist. Yalom credited strong personal relationships, including his marriage of 60-plus years and consistent peer support, as keys to his 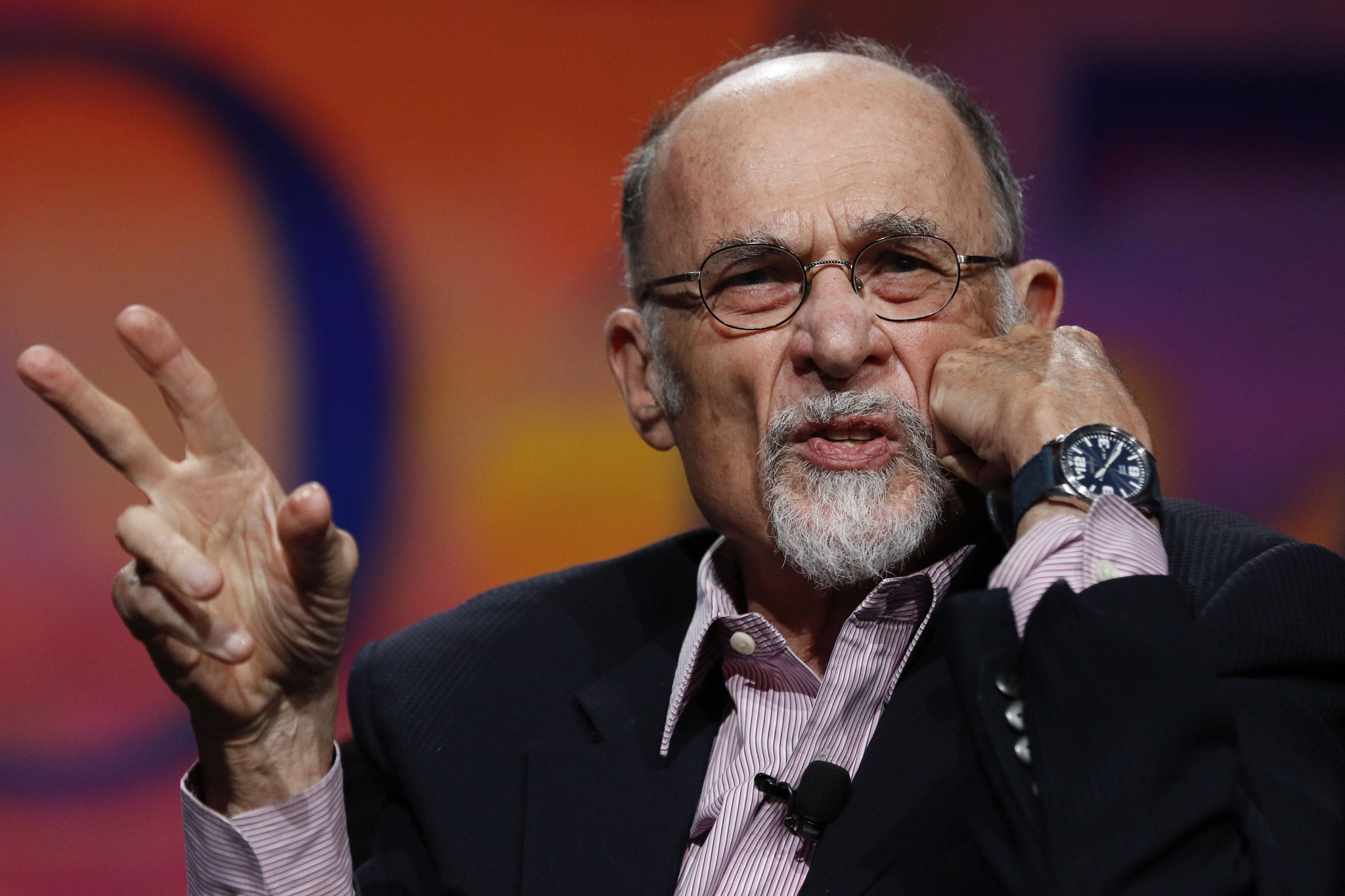 own personal self-care. For many years, he has been an active participant in a “leaderless” therapy group for psychotherapists (among other groups) that meets for 90 minutes every two weeks. Within the confines of these confidential group sessions, members share their day-to-day struggles and client interactions that have evoked personal problems or concerns.

“I urge you to get into a group like that,” he told the more than 3,000 counselors assembled for the keynote. “It’s a key part of my week. I never miss a meeting if I can avoid it. That is my major source of self-care. That and getting therapy.”

Likewise, Yalom encouraged counselors in the audience to secure their own personal therapy, not just once, but many times throughout their careers.

In response to a question from Cehrs, Yalom also spoke about how and why he often chooses to “reveal” some aspect of himself in interactions with his clients. He said that his upcoming memoir — which he believes will be the last book that he will write — touches on this topic in some depth.

Yalom said he always tries to be “real” with clients and bring something of himself to the session. When Cehrs asked if he thought that he’d ever crossed a line and revealed too much, he thought for a moment before replying no.

“I can be quite revealing … but always in service of therapy,” he said.

Part of being revealing is choosing to be vulnerable as a therapist and admitting to his clients that he doesn’t have all the answers — a practice he started early in his career. Offering an example, Yalom recalled the first session he had as a young therapist with a female client in her 30s. He asked her what brought her to therapy.

“She said, ‘Well, I’m a lesbian,’” he recounts. This was in 1955, Yalom notes, and he genuinely had no frame of reference for this client at that time. “I don’t know what that is,” he told the client. “Could you please educate me?”

Yalom also recalled another valuable lesson he learned early on that cemented his belief that it could be valuable to put himself into his interactions with clients. While working in a long-term care facility, he was charged with treating a woman with catatonia. He met with her every day, but she never spoke. In fact, she was completely unresponsive, much like a living statue. Unsure of how to connect with a client who couldn’t respond, Yalom decided he would simply talk to her. He began sharing with her what he’d read that morning in the newspaper or talking about how he was doing.

Several months later, the patient was prescribed a new drug that had an amazing therapeutic effect, dispelling the catatonia and allowing the woman to speak again. Yalom was curious about her perception of the “therapy” he had tried during her period of catatonia and asked her what it was like.

“Dr. Yalom,” the woman said, “you were my bread and butter.”

This also demonstrated to Yalom the power of the therapeutic bond. He saw that simply by interacting with the woman and showing her that she still had value, even when she was catatonic, he had brought her comfort.

Yalom, an emeritus professor of psychiatry at the Stanford University School of Medicine, is also known as a prolific writer of both nonfiction and fiction, including his widely praised “teaching stories” and “teaching novels.” He described these works to the audience as having “one leg in literature and one leg in psychotherapy.”

“When I was a teenager, I had this strong idea that the best thing one could do was to write a novel,” Yalom told the audience. However, he revealed, as the child of Russian immigrants, he essentially had two options when it came to career choice: “We could become doctors, or we could become failures.” Although, in truth, there was a third option. “We could go into business with our father,” he added.

Yalom also responded to queries about advice for new counselors and his views on the role of technology in counseling. He expressed regret that so many new counselors work in environments that focus solely on cognitive behavior therapy (CBT) because it is labeled an evidence-based model. “CBT omits the essence of psychotherapy — the interpersonal nature of the therapeutic relationship,” Yalom asserted.

When asked about telecounseling, Yalom talked about being invited to work for a company that facilitates counseling via text. He initially thought it was a horrible idea, but the organization convinced him to supervise some novice psychotherapists. Yalom was surprised by what he learned.

“They [the psychotherapists] weren’t doing what I would have done, but it was working,” he said. “Clients felt very connected.”

But when the company expanded to telephone and video counseling, clients weren’t as enthusiastic.

“There is a whole new generation that wants to talk that way [by text],” Yalom says. “They’re not comfortable on the phone or on video.”

Innovations such as these have the power to help many people, Yalom noted. Still, he reminded his supervisees — and the audience at his keynote — not to lose sight of the therapeutic alliance, even when using new technologies.

“You can still ask [the client], ‘How are things going between us?’” 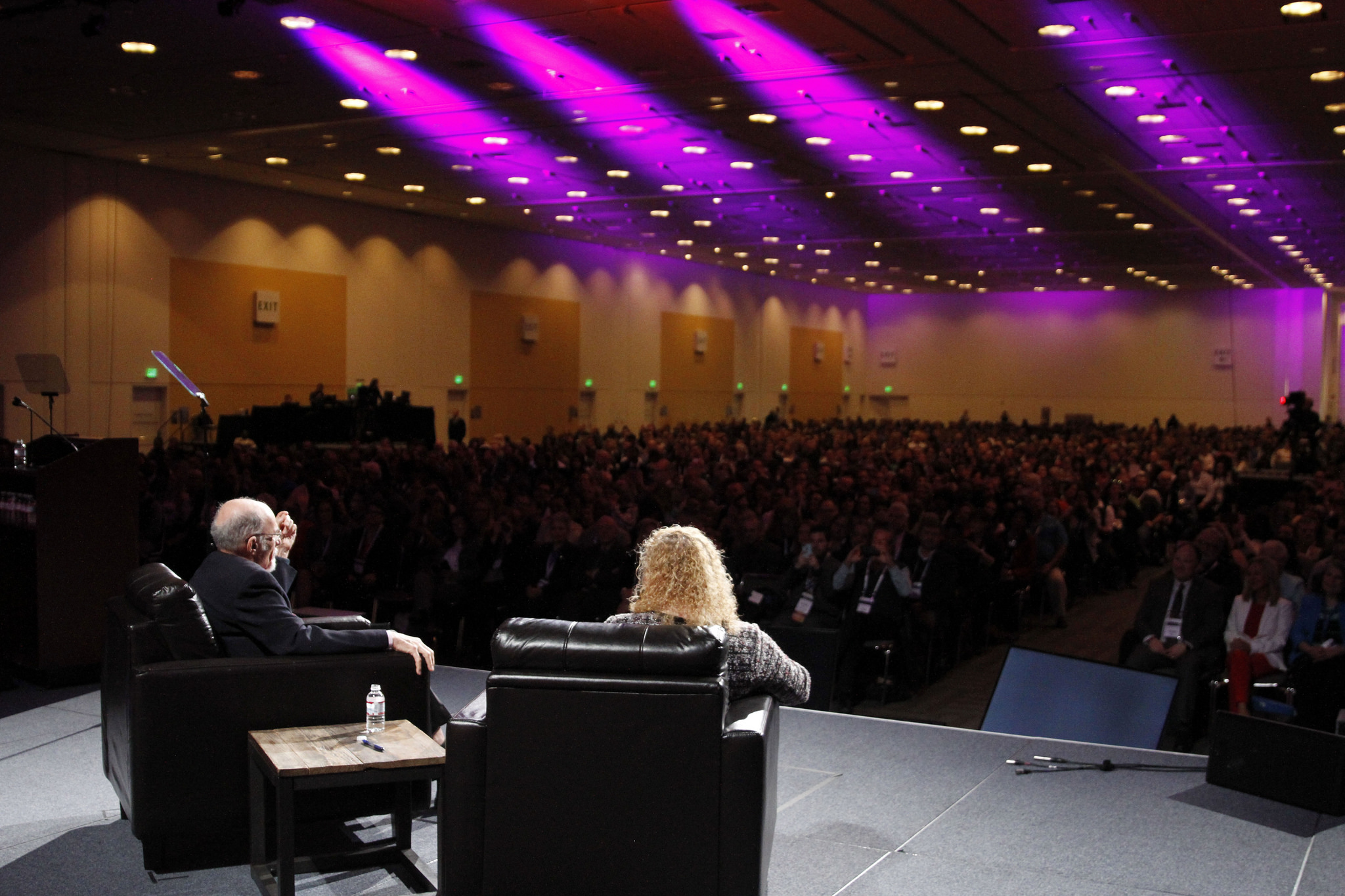 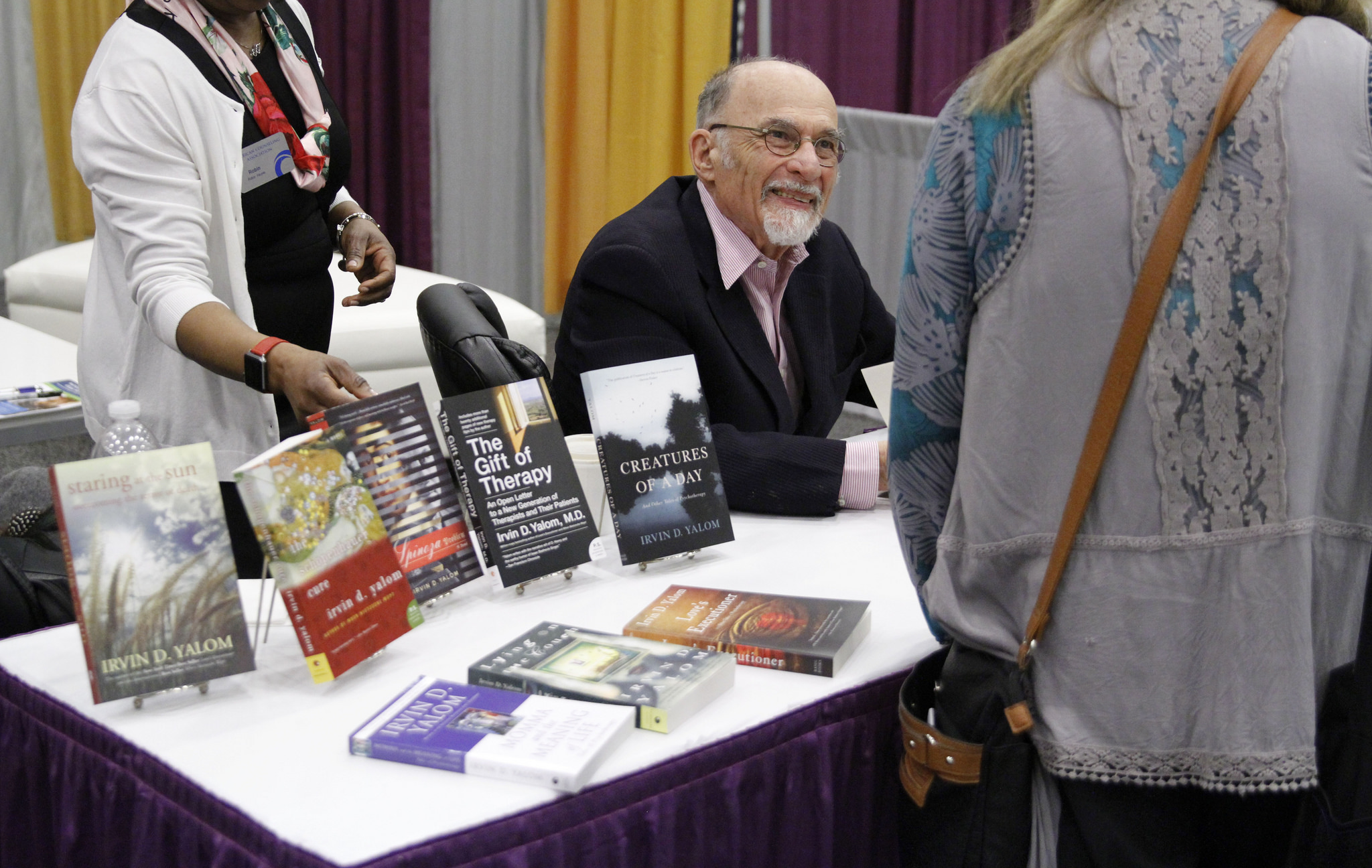 For more photos from the conference and Yalom’s keynote, see bit.ly/1MOAysM