Burying a child is not something that most people think about — until they must do it. I’ve done it twice, and I must say, I really do not know how I survived it. It has been more than 10 years, and I still do not truly comprehend the impact these events have had on my life.

It took me a while after the death of my children to realize that I needed help and that asking for help was not a sign of weakness. I reached a point where if I had any hope of surviving these 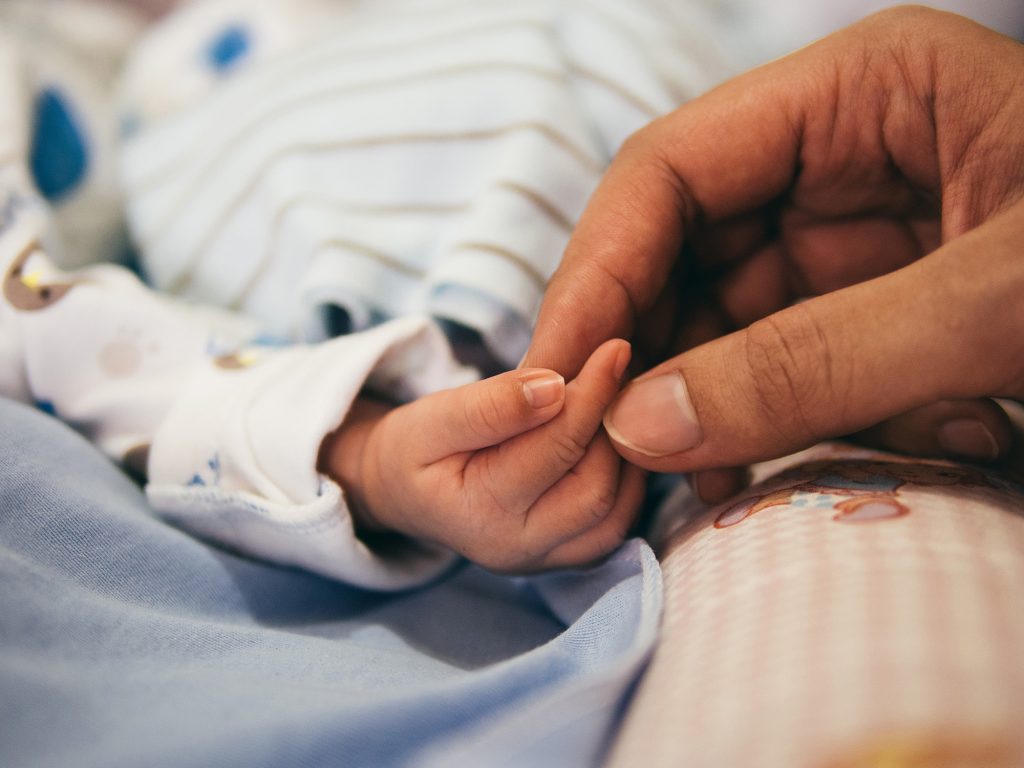 losses, I needed to learn how to surrender. That meant I had to allow myself to be transparent and vulnerable — two words I was not comfortable with and did not truly understand.

Because of my lack of familiarity with transparency and vulnerability, the first step for me was acknowledging that I couldn’t do it by myself. I needed help. I had always prided myself on “handing things” on my own.

I will never know the damage I caused myself by not surrendering and asking for help soon after the deaths of my children. I still remember the pep talks I would give myself: “Keep pushing. You’ll get through this.”

But I didn’t, not by myself or by “handling things” my way. The tried-and-true approach to life that I had been taught and was convinced worked “if you only fought hard enough” no longer worked for me.

After 18 months of fighting, I finally threw in the towel and decided to seek help. It was the first time in my life I had considered going to a counselor, and it was only after a friend recommended it to me. I had no idea how a counselor could even help me, but I was finally willing to give it a try. I was desperate for the pain to subside, so I decided to stop fighting and surrender to the process of healing.

I learned many things through the process of working with a counselor. For one thing, I learned that I was dealing with more than just grief and depression. I was also dealing with posttraumatic stress disorder. I also learned that life is about more than just me and my needs. I started to see things from a different perspective and through a new lens. As I started to heal, I realized I had the ability to help others who had lost a child and were following in my footsteps.

I decided to make helping others through the death of a child one of my life missions. It gave me a purpose to pull others along in the aftermath of burying a child. I felt like I knew the way out, and it was my responsibility to go back and help other men find their way out as well.

I decided to do this by writing a book called Grieving Dads: To the Brink and Back. I also decided I would be an advocate and fight for other grieving families when I could. One of the first opportunities I had to do this was in 2011 when I met fellow grieving dad Barry Kluger. After several conversations, we realized there was something wrong with the three to five days of bereavement leave granted to most employees after losing a child. We both agreed that parents who bury a child need more time to comprehend what has happened to them and to their child. These parents’ lives are forever changed, and they need adequate time to start the very difficult path of surviving the loss of a child.

From these conversations, the idea for the Sarah Grace-Farley-Kluger Act (also known as the Parental Bereavement Act of 2017) was conceived. This legislation proposes a change to the Family Medical Leave Act of 1993 and would allow bereaved parents to take up to 12 weeks of unpaid time off after the death of their child without fear of losing their job.

Those of us who have lost a child understand that 12 weeks will not erase the pain that accompanies this loss. But we do believe that it allows bereaved parents the time to start the grieving process and seek the help they need to survive this nightmare.

Our mission is driven by our desire to provide compassion to others in their most vulnerable moments. We understand that we cannot do this on our own. We need help to get this commonsense legislation passed. We invite you to join us in our mission by contacting your representatives and senators and encouraging them to support this legislation. Together as one voice, we will get this done.

To support the need for a Parental Bereavement Leave Act as a way of extending coverage and existing benefits allowed by the Family Medical Leave Act, visit FarleyKluger.com.

See the full text of the bill:

Kelly D. Farley is the author of Grieving Dads: To the Brink and Back. Visit grievingdads.com to learn more.

****
Opinions expressed and statements made in articles appearing on CT Online should not be assumed to represent the opinions of the editors or policies of the American Counseling Association.