Colleen Logan, delivering Friday’s opening keynote address at the American Counseling Association’s Illuminate Symposium, broke into a wide smile when she noted that she didn’t even have to explain what the letters in the LGBTQ abbreviation meant to the packed room.

Illuminate, a three-day conference focused on the intersection of counseling and lesbian, gay, bisexual, transgender, questioning or queer (LGBTQ) issues, is taking place June 8-10 in Washington, D.C. More than 200 professionals are attending the sold out conference. 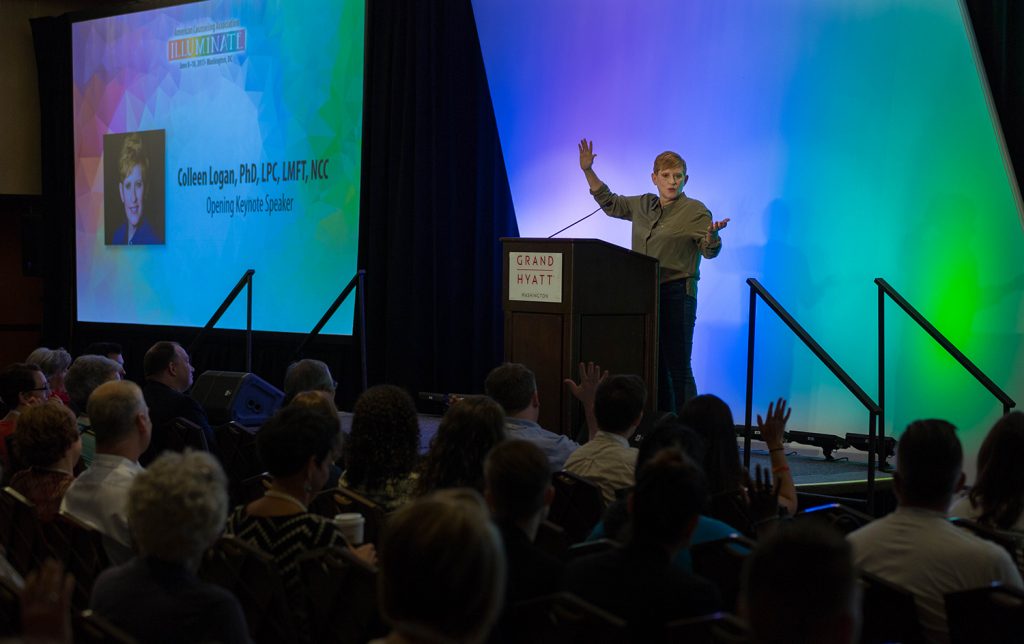 Logan, a past president of both ACA and one of its divisions, the Association for Lesbian, Gay, Bisexual and Transgender Issues in Counseling, reflected on the progress made in recent decades within the counseling profession and in society as a whole. But she also called on her audience to continue the push forward.

“We can’t be complacent,” said Logan, the program coordinator for the marriage, couple and family counseling program at Walden University. “We need each other. We need to advocate. We need to learn from our younger generation. We need to care, we need to cry and we need to be here [at events such as Illuminate].”

Years ago, LGBTQ-focused sessions at counseling conferences were few in number and covered only the most basic of issues, recalled Logan, a licensed professional counselor and licensed marriage and family counselor who maintains a private practice. She noted the difference between those conferences and Illuminate, which features sessions on everything from microaggressions to the unique needs of transgender clients.

“Back in the day, we really didn’t think folks would come to our sessions,” Logan said. “We would leave these sessions hoping that we made one little bit of change, invoked one little bit of understanding and a little less hostility. We felt we had succeeded if people left our sessions knowing that everyone was not heterosexual.”

Current ACA President Catherine Roland, who spearheaded the concept and planning of Illuminate as one of her presidential initiatives, concurred with Logan’s observations about the progress realized over the past decades. She mused about what an Illuminate symposium would have looked like if ACA had hosted it 20 years ago. “I can tell you what it would have looked like — because there wasn’t one,” Roland said.

Logan cited the 2015 U.S. Supreme Court decision that legalized same-sex marriage in highlighting the progress that has been made. At the same time, she noted that America’s social climate and political landscape has shifted back over the past couple of years. From so-called “bathroom bills” to religious freedom issues, “this time is more frightening and disheartening than ever” for the LGBTQ community, Logan said.

Change is never linear; it is a process, Logan reminded the audience, adding that it is so “easy to quit when you hit snags, wall off and move on. … [But] there is no time to be weary, no time to be tired.”

Above all, counselors within the profession need to rely on each other, Logan said.

“Stay steadfast,” Logan urged the Illuminate attendees. “We can be our hardest critics. Give each other a break. If someone doesn’t know everything, it’s OK. Turn together, not on each other. Share, listen, lean in, lean on.”

Cheryl Holcomb-McCoy, an ACA fellow and dean of American University’s School of Education, will serve as the closing keynote speaker for Illuminate on June 10.

The event coincides with Washington, D.C.’s annual Capital Pride festivities. Logan noted that she will be marching in the Pride Parade on Saturday. 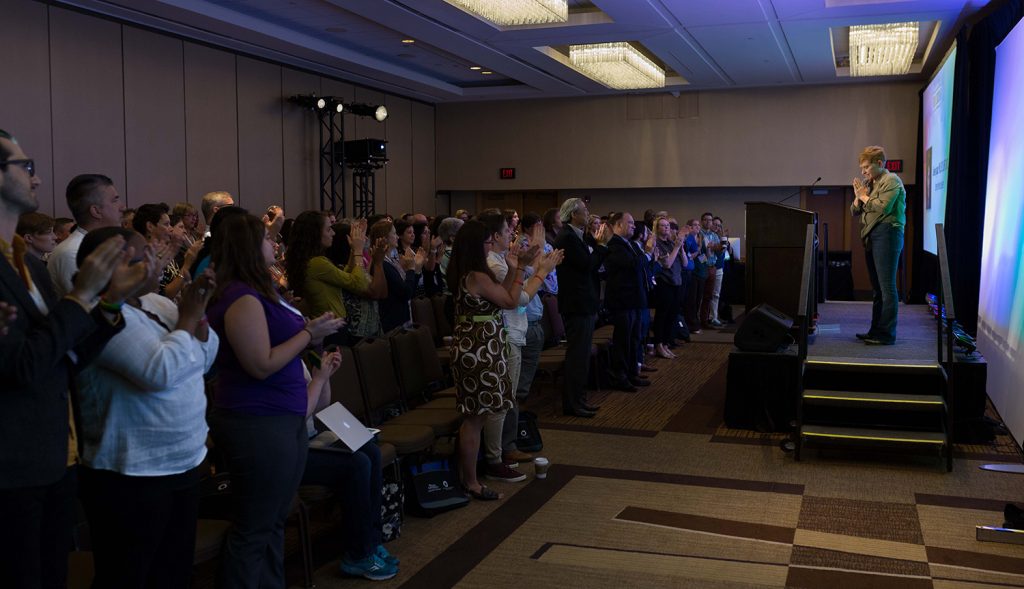 Find out more about Illuminate at counseling.org/illuminate.