“We are well beyond just talking. We need to act,” said Cheryl Holcomb-McCoy during Saturday’s closing keynote address at the American Counseling Association’s Illuminate Symposium, a three-day conference that focused on the intersection of counseling and lesbian, gay, bisexual, transgender, questioning and queer (LGBTQ) issues that took place June 8-10 in Washington, D.C. She urged attendees to take the knowledge and strategies they had learned in the Illuminate sessions to empower and uplift their LGBTQ clients.

Holcomb-McCoy, an ACA fellow and dean of American University’s School of Education, told the audience of more than 200 attendees that certain forces in the United States would like to take 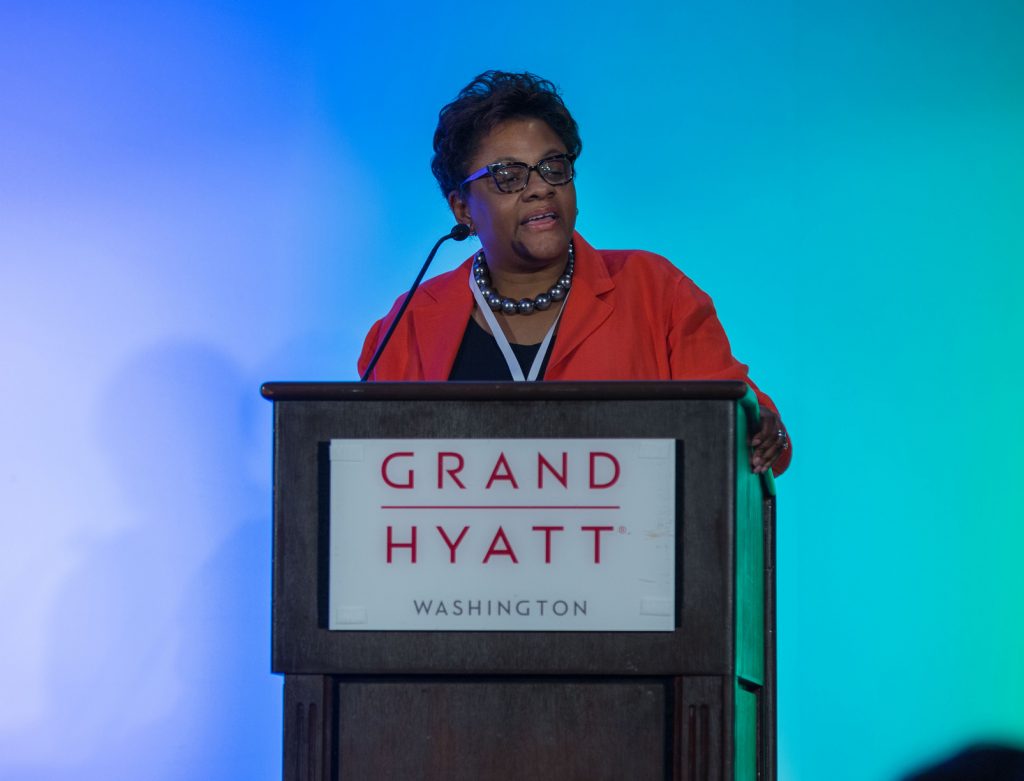 the country backward to its darkest days of prejudice against LGBTQ people and other marginalized communities. She noted that in the Washington area alone, a huge surge in hate crimes has occurred.

“I’m not telling you anything you don’t already know,” Holcomb-McCoy acknowledged. “But I just want to remind us that we need to stand up for the rights of those who are disenfranchised, marginalized, stepped upon, silenced and victimized. … And most of all we have to stand up for what is right.”

Although tremendous gains have been made in the fight for LGBTQ rights, Holcomb-McCoy said that many challenges still exist, such as universal protection against discrimination at work, the high rate of suicide among LGBTQ youth, the fear many LGBTQ students feel at school, a lack of resources for transgender people and the need to protect LGBTQ prisoners. She noted, however, that she feels hopeful as she sees and hears the younger generations speaking out more frequently on such issues.

Holcomb-McCoy also spoke to the importance of intersectionality — the cumulative effect of overlapping forms of discrimination such as racism, sexism and homophobia. At the same time, she extended a warning. “We [marginalized populations] are pitted against each other,” she said. Groups such as those living in poverty, women, people of color, LGBTQ individuals, immigrants and people with disabilities are often made to feel that there are limited seats at the table, she explained.

Those in power often keep others powerless and disenfranchised by convincing them to fight against one another, Holcomb-McCoy noted. “Some in the black community believe that the messages of hate about LGBTQ individuals are not rooted in the same prejudices that have been used to discriminate against us as black people,” she said. “And I push back on that all the time. Our histories are different, but there is a shared experience of oppression.”

Holcomb-McCoy shared that sometimes her friends who are African American tell her that they don’t believe in gay marriage. “I immediately say, ‘You know, people used to say that about us and about our love.”

“The unshakable conviction that all people are equally endowed with fundamental and irrevocable rights has been central to this nation and in this capital,” Holcomb-McCoy continued. “The story of this country is one of striving to fulfill our ideals and only gradually expanding the circle of inclusion.”

However, history doesn’t always move forward. It can also move backward, she warned, noting that anti-LGBTQ movements across the country can be seen as a backlash.

Counselors must take action, Holcomb-McCoy said, urging attendees to stand up and speak out in multiple places and on multiple platforms. She noted that the Black Lives Matter movement traces its origins to Twitter.

She also encouraged counselors to create more forums in which they can work with others in the community, including the police, business leaders and other mental health professionals.

Holcomb-McCoy also advised the Illuminate attendees to be patient yet persistent. She pointed out that in the fight for equality, advocates may not win every race, but they can still win the marathon.

To bring about change, she said, counselors must ultimately be ready to make what civil rights icon Rep. John Lewis has called “necessary trouble.” 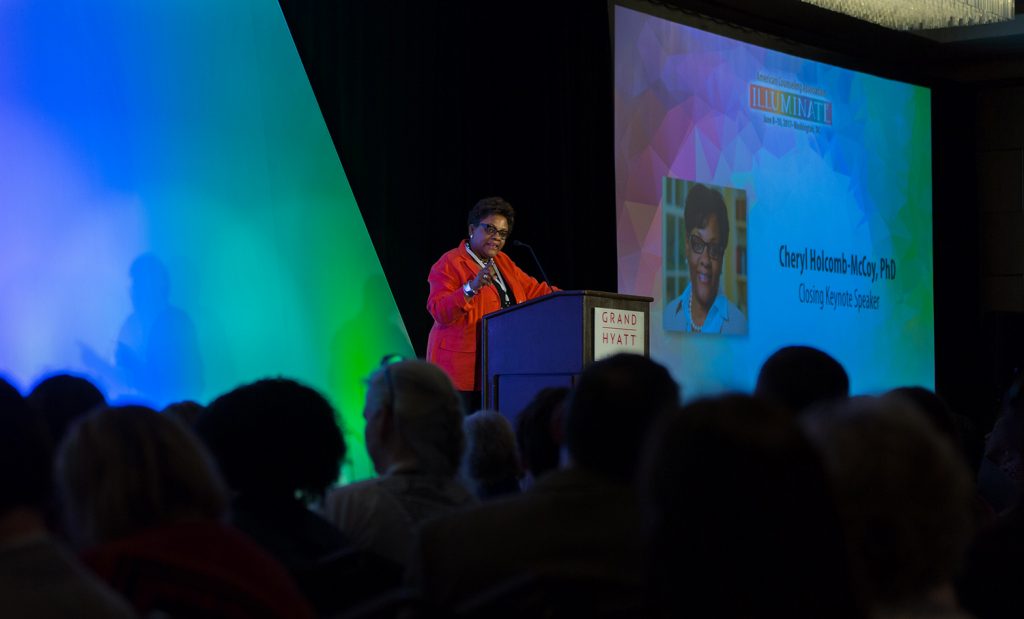