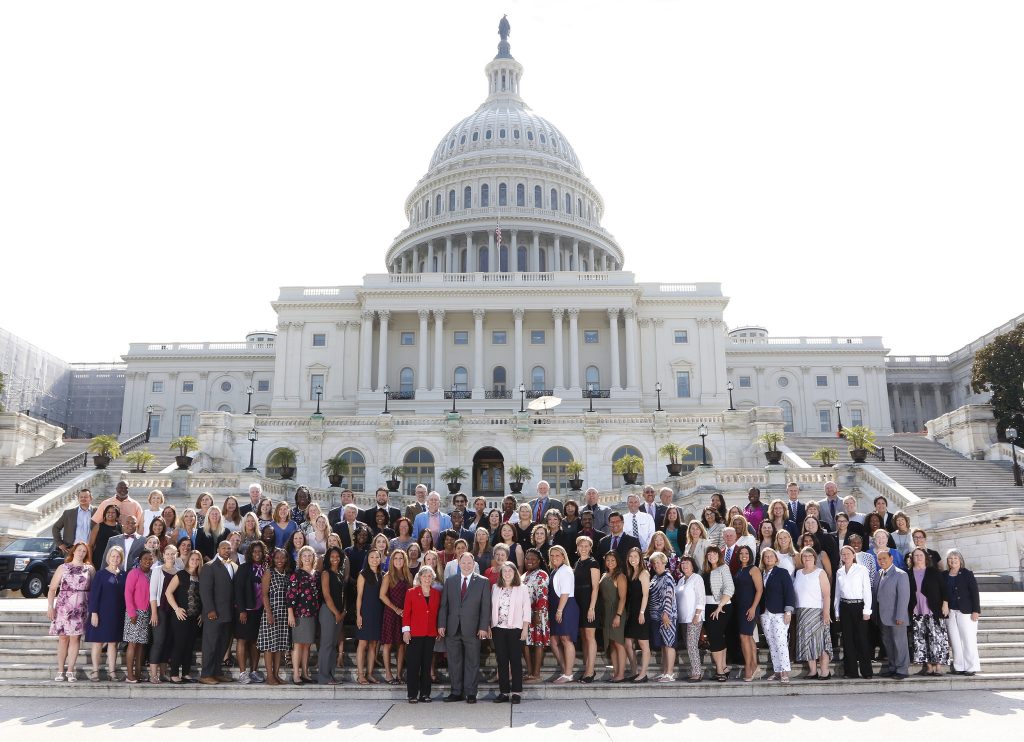 ACA leaders gather for a day of advocacy on Capitol Hill on July 18. (Photo by Paul Sakuma)

A bill that would allow professional counselors to be reimbursed for the treatment of clients under Medicare has been introduced in the House of Representatives, and more than 100 counseling professionals added to its momentum by advocating in person on Capitol Hill earlier this week in an event organized by the American Counseling Association (ACA).

Currently, Medicare does not reimburse licensed professional counselors (LPCs) for the treatment they provide for older adults who carry this federal insurance coverage. However, ACA is advocating for a bill that would add LPCs to the list of providers who can be reimbursed under Medicare – a list that already includes clinical social workers and marriage and family therapists. H.R. 3032 was introduced last month by Rep. John Katko (R-N.Y.) in the House of Representatives, and a companion Senate bill is expected to be introduced shortly by Sen. John Barrasso (R-Wyo.) and co-sponsored by Sen. Debbie Stabenow (D-Mich.).

On July 18, 125 ACA members from across the United States visited the Capitol Hill offices of their senators and House representatives to ask for support for the Medicare bill. The counselors were gathered in Washington, D.C., for ACA’s annual Institute for Leadership Training (ILT), a four-day conference of education sessions, trainings and business meetings for leaders in the counseling profession.

“In the United States, exercising our First Amendment rights under the Constitution is vitally important to ensure that we have a strong and responsive government,” said ACA Director of Government Affairs Art Terrazas. “I am so happy that we were able to help ACA leaders from across the country meet and speak with their federal lawmakers about the needs of the counseling profession.” 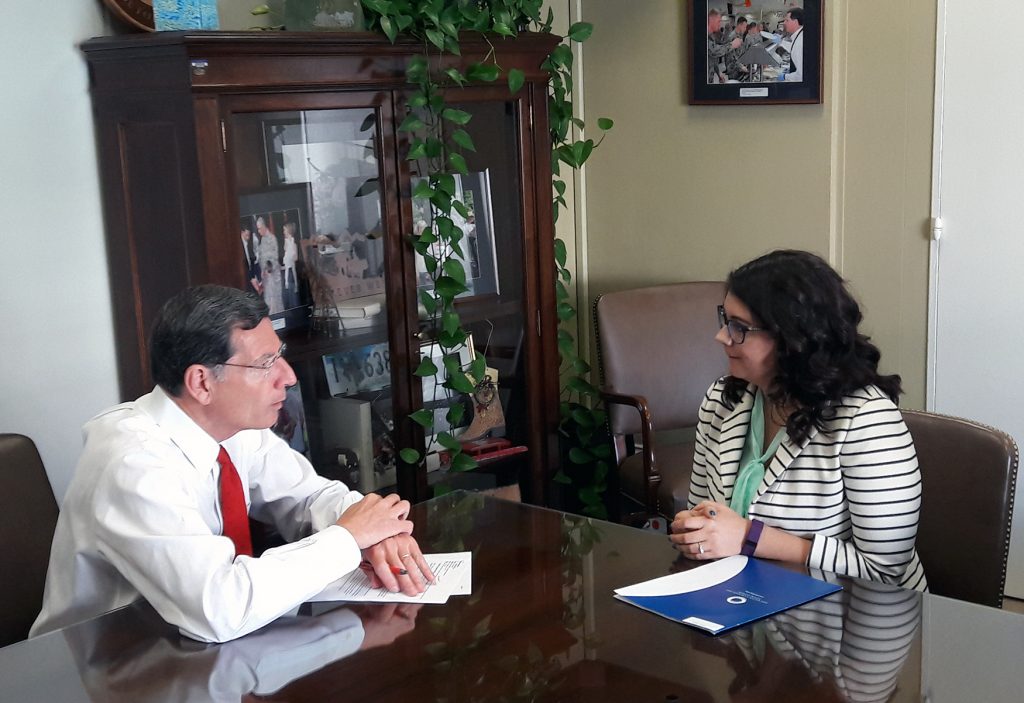 Amanda DeDiego, an ACA member from Casper, Wyoming, met with Sen. Barrasso to thank him for his upcoming sponsorship of the Medicare bill. Barrasso expressed his support for the issue, saying “the needs are great” in Wyoming. For example, the average life expectancy on Native American reservations is 47 years – decades below that of Wyoming’s general population – and issues related to mental health are part of the cause, Barrasso said.

A delegation from the American Counseling Association of New York (ACA-NY) met with staff in the office of Sen. Kirsten Gillibrand (D-N.Y.) to ask for co-sponsorship of the bill that Barrasso soon will introduce in the Senate.

ACA-NY leaders Summer Reiner, Allison Parry-Gurak and Tiphanie Gonzalez (ACA-NY president) explained that LPCs have training and graduate coursework that is equal to or exceeding that of the social workers and other mental health practitioners currently covered under Medicare. In the rural parts of New York, a dearth of mental health providers already exists, and that number shrinks further for people who rely on Medicare coverage for treatment, Reiner explained.

“There’s a huge need,” said Reiner, an associate professor at the State University of New York (SUNY) in Brockport and ACA-NY past president. “There are more than enough clients to go around, and we all have a different perspective for a reason.”

“We’re very much cousins in the exact same family, with different specialties,” agreed Gonzalez, an assistant professor at SUNY Oswego.

ACA members who visited legislative offices on July 18 also advocated for full funding of the Title Four block grant as part of the Every Student Succeeds Act (ESSA). The grants, some of which goes to support school counseling programs, were funded at $400 million, or just 25 percent of the $1.6 billion that was authorized this year. President Trump’s proposed budget for 2018 recommends no funding for the block grant at all.

Terrazas, in a training session held prior to the Day on the Hill event, urged the assembled ACA leaders to follow up with their legislators, stay informed and continue pushing for issues that are vital to the counseling profession.

“Advocacy doesn’t start and end with just this day [on Capitol Hill] tomorrow; it is year-round,” said Terrazas. 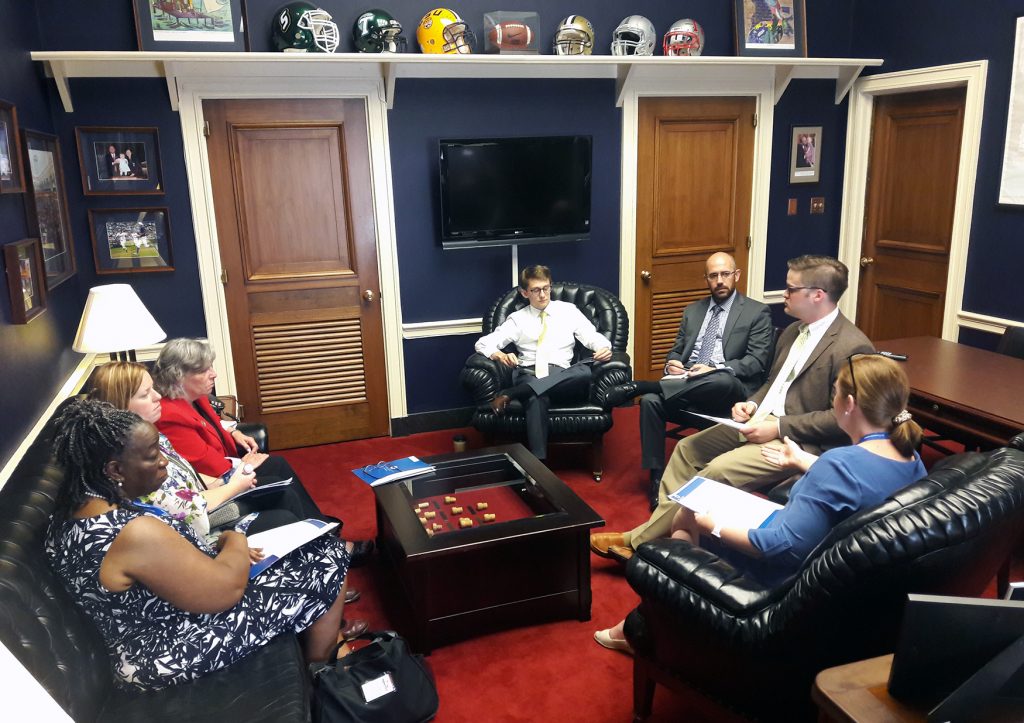 ACA members from Louisiana speak with staff in the office of Congressman Steve Scalise (R-La.) on July 18. (Photo by Bethany Bray) 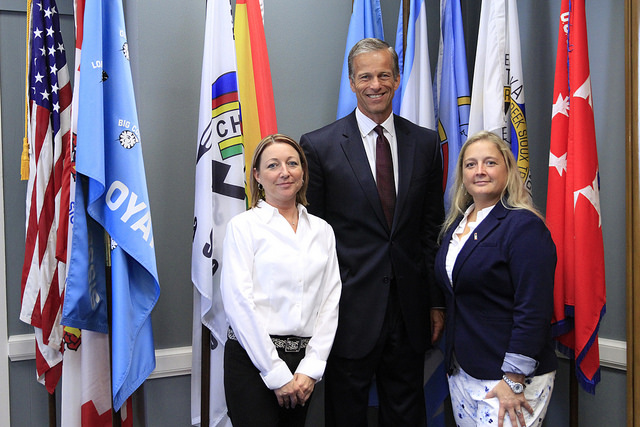 ACA has recognized Rep. Ted Lieu (D-Calif.) and Sen. Patty Murray (D-Wash.) with an Illumination Award for their work against harmful conversion therapy. Lieu and Murray have introduced bills in the House and Senate, respectively, that would classify commercial conversion therapy and advertising that claims to change sexual orientation and gender identity as fraud.

An ACA delegation met Murray on July 18 to recognize her on Capitol Hill; Lieu was previously honored at last month’s Illuminate symposium, a three-day conference in Washington, D.C., focused on the intersection of counseling and lesbian, gay, bisexual, transgender, questioning or queer (LGBTQ) issues. 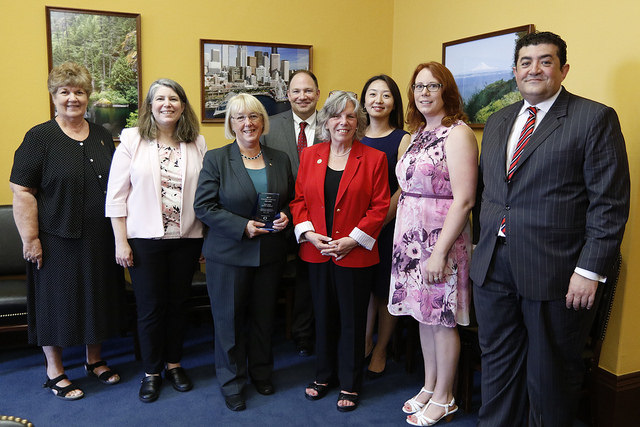 To stay up-to-date on the Medicare bill and other current issues, sign up for updates from ACA Government Affairs at counseling.org/news/aca-blogs/aca-government-affairs-blog 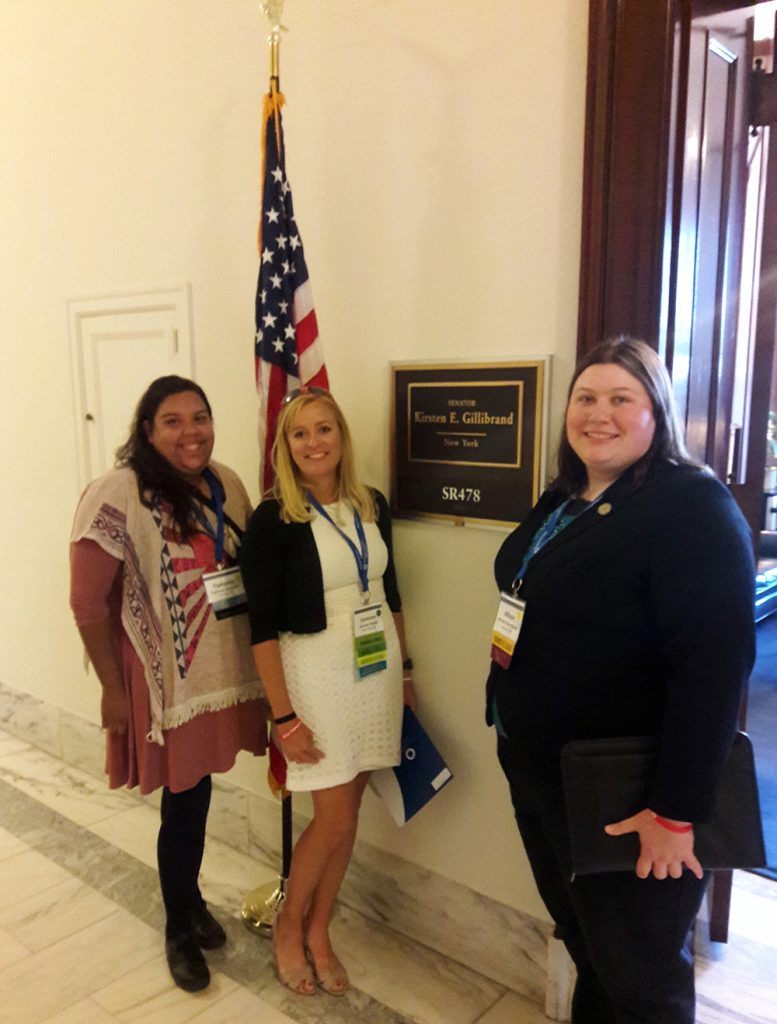 A delegation from the American Counseling Association of New York (left to right) Tiphanie Gonzalez (ACA-NY president), Summer Reiner and Allison Parry-Gurak met with staff in the office of Sen. Kirsten Gillibrand (D-N.Y.) to ask for cosponsorship of the Medicare bill that Sen. Barrasso will soon introduce in the Senate. (Photo by Bethany Bray)