Most of us have seen it happen. The founder of a nonprofit program retires or dies after decades of dedicated service and sacrifice, and their life’s work turns to shambles in no time because of drastic changes made by those who replace them.

Sometimes it starts subtly, with a tweak or two to the mission statement. Other times it’s like a battering ram and might include the sale of once vital property, the handing over of the nonprofit to a larger program, the abandonment of core values and missions or the dissolving of the program altogether.

In other cases, the driving force behind a nonprofit is neither the board of directors nor even the founder(s) but rather one or two key members of the program. Once they have gone, the heart and possibly the soul of the program goes with them.

This does not need to happen, however. In this article, I’d like to offer some key ways to ensure a positive outcome once you are gone from your nonprofit program. It is NEVER too early to plan for your departure. In fact, in the program I founded, that planning started in the design stage, far before the first client arrived, before the location was selected and while the writing of our bylaws and other founding documents was taking place.

Be clear about your mission and direction. When training new staff and board members, use your mission and direction plans as the framework for every major decision. Otherwise, the mission statement is little more than something that is written in the founding documentation and then forgotten. When new programming is suggested, discuss how it would further the mission (or not). Make your short-, mid- and long-term direction clear. The best way to ensure a smooth transition is by educating your workers thoroughly while you are still active in your nonprofit program.

Select board members who love your program and what it has become but who are not afraid to challenge you. Find folks who share your passion but not ones who will follow you without question. This is not a place for sycophants. As the director of a counseling-based nonprofit, you will be challenged during discussions and you will likely lose a vote from time to time. That is a good thing, so long as it is productive.

Beware, however, of board members who might say, “I never really got what the founders wanted. It just didn’t make sense. But I took the position because it was good for my career.” Once these folks take charge, your program may never be the same.

I once spoke with a person put in charge of a low-income housing program who said he never understood why the program owned property. He set about divesting the program of ALL of its real-estate holdings “with the understanding that the new for-profit owners would keep costs affordable for all income levels.” Since its incorporation, the foundation of the program had been the acquisition, development and maintenance of property for the express purpose of providing quality low-income rental units. In short order, this person transformed “his” program into little more than an advocacy program, which was far removed from what the founders had envisioned. If there had been a stronger board of directors that possessed a working knowledge of the founders’ goals, this scenario easily could have been prevented.

Teach your secrets to others. Are you able to negotiate better deals with certain companies than others could due to knowing more about that company’s preferences and style? If so, how do you do it? Do you know something that others might miss? Perhaps that that company requires a softer hand or more direct involvement? Whatever the case may be, if you have a secret, share it with your valued staff.

I often am called into negotiations of various types, such as when there are issues between two entities that have shared programming or to help prevent rifts between individuals or programs that could lead to legal issues or formal contract disputes. The hope is that I can bridge the gaps. Most times, I can, although some cases do indeed lead to court or other less-than-positive situations. Whatever the outcome, I always try to sit with key members of my program to go over the case study so that we can see what worked, what didn’t work and how it all turned out. 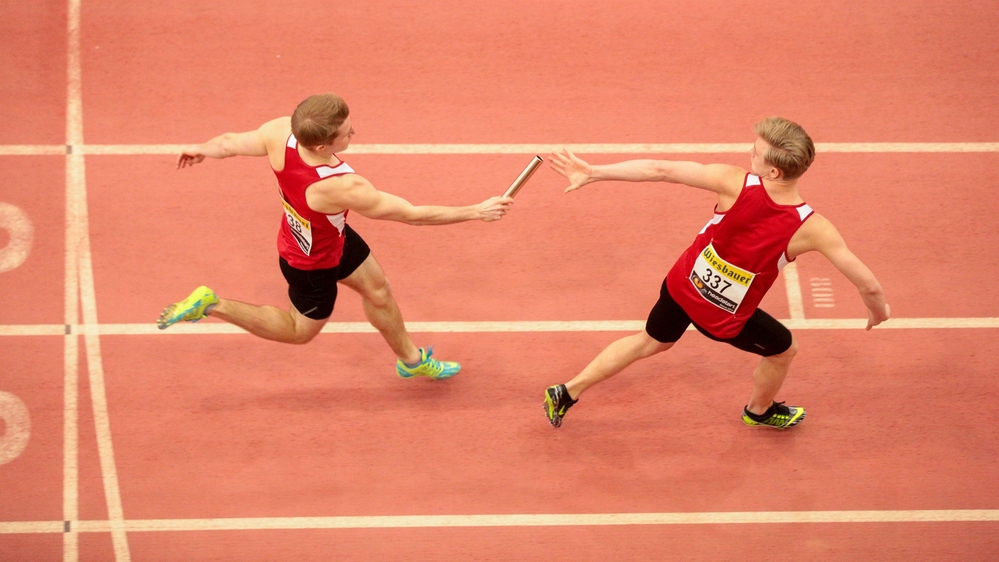 Don’t make yourself out to be the superhero; share your knowledge. Sometimes it comes down to a little observation such as “I noticed from the way that someone in the negotiations held themselves that they likely would not do well with an authoritarian approach, so I approached them as equals and asked them rather than told them how they could assist.”

By teaching your team not just the how and why of your process but also the what (What led you to this decision? What data was important? What cues do you consider important?), you can help them replicate it far into the future. This is key so that if they ever are called into a situation such as this in the future, they will have a leg up in the process due to the added insight from this experience. At times, the “student” in this situation can become the teacher because he or she may see a possibility that I missed. Either way, this process assists our entire program because of the shared knowledge. Although it’s great to feel important and to be the “go to” member of your team, it is better to help foster an environment in which the whole team becomes “go to” people. And it’s all the better if they come to emulate your style so that once you are gone, your flavor will remain.

Nurture your employees and volunteers. Show them they are vital and appreciated; don’t just provide lip service. What makes them important? What skills do they want to build? Find out and try to put them in positions where they can gain them. What do they prefer to do? Find out and try to match the needs of the program with your employees’ and volunteers’ skills and passions. When they fail, be kind and offer guidance and a shoulder as needed. The more ownership they feel in the program, the better.

Speak of future plans now. Don’t keep things a safely guarded secret. Put your dreams and goals out there. The more folks that know, the better. Pillwillop Therapeutic Farm is a direct result of me making it known to anybody who would listen that I wanted land for passive recreation for our community. It started with an offer from a lodge brother who heard about my plan and said he would let his property be used via parking passes. From there, it led to a lease and purchase. The property never was put on the market, and without me sharing my vision with others, we would never have known about it. Many things happen like this in business on a regular basis, so make your dreams known.

Don’t allow yourself to become indispensable. We’ve all seen it. An enigmatic leader appears to be able to pull off just about anything he or she attempts, often where others have failed. No one else, it seems, can do what this leader does. This is great while the leader is there, but it can be disastrous when they are gone.

Teach folks how you do what you do. Nurture them and guide them while you can so that when you are gone, they can take over in a smooth transition. In many cases, the secret is easy. When a leader was asked how victory was achieved where so many others had failed, the leader responded, “I looked at each failure to determine why I thought it failed, then compiled all the data and took a path that no one else had. Using the failures as a way to eliminate possible paths provided me with the one most likely to succeed.” The leader then gave concrete examples that were invaluable.

Don’t overreach or overspend. We often have grand goals, which is fine. But keep the bottom line in mind and be realistic. Many nonprofit programs fail because when the new guard comes in, they find that the old guard left the program with a pile of debt or discover that the work the program is doing has become so diluted as to make it tasteless.

If you want a smooth transition, leave a firm foundation. This includes a healthy debt-to-income ratio (my program has only one line of credit, which is our mortgage), equity in your properties should you ever be forced to take out credit (we had about 55 percent equity at closing) and realistic growth. Although we have built our main program slower than projected (we have about half of our building remodeled, whereas we had hoped to have it all redone), we have done so without a line of credit or debt, which leaves us in a very strong position.

Delegate, empower and cross-train. Don’t do it all yourself. You can delegate duties, monitor, guide and lead, but to succeed, you will need a solid team. Teach folks not only their job but the jobs of others so that should an emergency arise, you will have backups. This happened to us recently when we lost a key member of our staff temporarily due to illness. Because we were cross-trained, we possess the capability of getting the job done, at least minimally, while waiting for our team member’s return. We all are doing a bit more than normal, but thanks to the cross-training, it is working.

Use the “decade rule.” It has been said that it takes a decade to properly train your replacement as a leader. If everything ran smoothly, you could wait until 10 years prior to your planned retirement to train your replacement. But since we do not know how our health, the job market and countless other factors will be that can impact our ability and desire to work, it is a good practice to have training in place sooner rather than later. Through training, delegating, setting a good foundation and following other best practices, you are allowing yourself the decade required to allow your successor to learn the ropes well.

If you want a solid course for the future, leave a solid program when you exit.

Nonprofit News looks at issues that are of interest to counselor clinicians, with a focus on those who are working in nonprofit settings.