With more than 2.2 million Americans behind bars, there are more citizens incarcerated in the United States than in any other country in the world, according to the U.S. Bureau of Justice Statistics. The United States can also lay claim to the highest rate of recidivism. According to a Department of Justice study, a staggering 76.6 percent of released inmates are rearrested within five years. A lack of basic literacy skills and job training is part of the issue, but it is equally important that we begin to understand how imprisonment behaviorally and psychologically conditions individuals to perpetuate the cycle. It is a problem that is forcing lawmakers, think tanks and the public at large to rethink our nation’s current approach to incarceration and rehabilitation.

As educators in the social sciences and criminal justice, we recognize that education and vocational job training are crucial first steps to addressing rates of recidivism. A study by Rand Corporation, a nonprofit research organization, found that inmates who participated in correctional education programs were 43 percent less likely to return to prison than were those who did not participate. Furthermore, those same individuals were 28 percent more likely to find employment upon release. These findings clearly suggest that those who are more prepared to tackle the challenges associated with the world post-prison are less likely to resort to criminal actions to achieve basic means.

However, when we talk about recidivism, there are issues and solutions that lie far beneath the surface, often entrenched deep within the psyche of former inmates. Simply put, we cannot overlook the psychological and sociological effects of imprisonment, including the barriers to achievement that they cause. From a mental health perspective, it is important to recognize that individuals who are transitioning from incarceration require support to be successful once they leave the prison system.

Many individuals involved in the criminal justice system have multiple mental health and substance abuse issues. In fact, the National Comorbidity Survey Replication demonstrated that 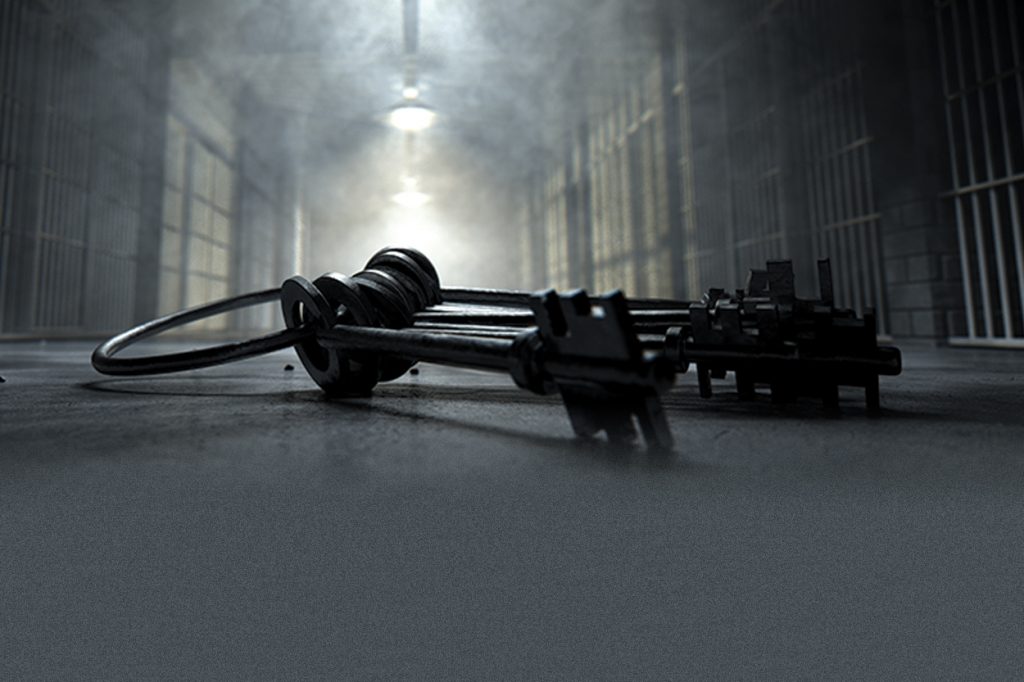 strong relationships exist among mental health, substance abuse and history of incarceration. Based on research conducted by Jason Schnittker, Michael Massoglia and Christopher Uggen in 2012, the majority of common disorders documented among former inmates could be traced back to childhood, before involvement in the criminal justice system. Their research showed that mood disorders, substance abuse and impulse control disorders had strong relationships with various patterns of involvement in the justice system.

In 2014, research by Amy Blank Wilson, Jeffrey Draine, Stacey Barrenger, Trevor Hadley and Arthur Evans found that those individuals with comorbid mental health disorders had a 40 percent higher rate of recidivism in comparison with other offenders. In their study, more than 50 percent of the sample had at least one documented readmission to incarceration within three years. Clearly, problems with mental health act as a barrier to successful transition to the community for ex-offenders, and there is a need to develop more comprehensive support services for these individuals.

Incarceration also leaves little room for asserting personal responsibility, with basic functions such as eating, bathing, exercising and socializing largely outside of inmates’ control. Rigid programming has such a strong psychological effect on inmates that, once they are released, individual freedom often feels foreign or overwhelming. When combined with the additional stress of managing symptoms of mental health, the transition process becomes even more problematic.

Schnittker, Massoglia and Uggen demonstrated that there is a significantly higher relationship between mood disorders and subsequent disability after incarceration than what exists among the general U.S. population. This means that when offenders with mental health issues are released from the criminal justice system and left to create their own paths, it is likely that they will have extreme difficulty making successful transitions.

Counselors and support personnel can help break the cycle

Because mental health has been shown to have prominent comorbidity with incarceration, and because recidivism can be predicted for those with mental health issues, counselors who take an active role in addressing the needs of these individuals as they transition back to the community have the opportunity to make a significant impact. That impact extends beyond the ex-offender to the individual’s family, community and generations to come.

To create real change in the criminal justice system, all offenders — regardless of their history of mental health or substance use issues — need additional support to break a cycle that perpetuates their involvement. Offenders are considered a vulnerable population and should receive support in a manner that is commensurate with other vulnerable populations. Successfully addressing the complex needs of offenders requires a wraparound approach that is multidisciplinary and multifaceted, and counseling is an important element in the spectrum of needed services. Professional counselors experienced in addressing the unique needs of individuals who have been incarcerated can help to break down psychological barriers to achievement through the use of cognitive restructuring, motivational interviewing and other evidence-based approaches. Specifically, counselors can help relieve the stagnation in which many prisoners find themselves trapped. This can be done in part by offering education about appropriate decision-making and general life skills.

Counseling is certainly an important facet of reintegration, but we believe that an array of social and human services support personnel must be in place to help make this process successful. Probation and parole officers monitor the transition process, but there should also be individuals who can provide support for the social, emotional, medical, educational, occupational and recreational needs of those transitioning from incarceration back into the greater community. This multidisciplinary group of professionals must work together to create change for the individual and for the overall system. They must provide effective treatment and serve to advocate for change.

Advocacy and change can begin with small steps. Through past experiences, we have found that labeling someone a criminal can become too easily generalized. We often think of a prisoner as a lawbreaker first, rather than as an individual who has broken a law. The key difference is the articulation of the individual, which encompasses an entire life that led to the moment a crime was committed — and, similarly, extends to the quality and achievement of life upon release. As a society, we have moved toward person-first language for special populations. It is now time to include offenders in the category of special populations and to drive change through the ways in which we talk about offenders.

Although the need is strong for counseling and human service support for ex-offenders, the fact is that a shortage exists of personnel available to provide these services. According to the U.S. Health Resources and Services Administration, there are nearly 4,500 shortage areas for mental health services throughout the United States, and there is no identified time frame for these shortage designations to be removed.

The shortage of trained professionals is daunting, and it becomes even more problematic when examining the need for specialized providers such as those who have experience addressing the needs of offenders. As educators, we believe one of the crucial elements of our role is to prepare students to meet the needs of our communities. We also believe that we must educate students to consider perspectives that challenge stigmas and help promote positive change.

Because there is such a shortage of counselors who specialize in working with offenders, the process of filling this gap must begin in the educational realm. Addressing the workforce gap can also be done through the development of bachelor’s-level programs in psychology, social work and human services that have specific tracks dedicated to the support of the offender population. In addition to helping meet a population need, programs of this nature would serve as natural bridges for undergraduates to pursue graduate degrees in counseling or similar helping professions.

Counselor educators can change the conversation

Changes to the way that we serve the offender population ultimately will be driven by the strength of voices among practicing counselors and other helping professionals. As stated in Standard A.7.a. of the ACA Code of Ethics, “When appropriate, counselors advocate at individual, group, institutional and societal levels to address potential barriers and obstacles that inhibit access and/or the growth and development of clients.” It is an ethical imperative for counselors who work with offenders to engage in individualized efforts to advocate for the elements needed to help their clients make successful transitions. Each individual effort is important and creates momentum toward greater social change.

Although we take small individualized steps toward a new process, we also must keep our eyes on greater systemic change. Rehabilitation is a matter of systems, encompassing the criminal justice system, the parole system, the mental health system, the human services support system, the employment sector and the broader community. Those experiences directly following imprisonment often have the greatest impact on an individual’s success in transitioning back into the community. We can begin tackling this issue seriously if we combine training and education with a renewed focus on the psychology of both imprisonment and freedom, working as one to promote transformation even for those individuals for whom we might have thought it impossible.

Social change is a process that unfolds over time, but it begins with recognition of a disparity. This leads to grassroots efforts to develop a movement that will create sustainable change. At the University of Phoenix, we have taken a step toward addressing these issues by creating a bachelor’s degree in correctional program support services to train individuals to help offenders be successful during and after transitioning back into the community. We have also worked to collaborate across our colleges of social sciences and criminal justice to develop multiple projects that address the broad needs of offenders. These small efforts are just one step in creating broader change. We invite readers to join the effort and to develop their own small steps.

Here are some suggestions for beginning the advocacy and change process:

The research and literature have clearly demonstrated that:

Our hope is that as a result of reading this article, more counselors will feel empowered to address these issues and advocate on behalf of this vulnerable population. We encourage counselors to take a stand to address the existing barriers that block offenders from successful reentry into our communities, and we look forward to using our collective knowledge and training to impact future generations.

Carl Sheperis is the social services program dean for the College of Humanities and Sciences at University of Phoenix. Contact him at Carl.Sheperis@phoenix.edu.

Franzi Walsh is the criminal justice and public administration program dean for the College of Humanities and Sciences at University of Phoenix. Contact her at Franzi.Walsh@phoenix.edu.