Many people ask, “Isn’t ADHD something that kids grow out of?” When people think of attention-deficit/hyperactivity disorder (ADHD), they usually picture a child “bouncing off the walls” and then being unable to follow directions to stop that behavior.

In mainstream society, we don’t see adults bouncing off the walls, so it makes sense that people wonder if ADHD is something that is “grown out of.” In addition, ADHD usually isn’t diagnosed for the very first time during adulthood. Because the onset of ADHD typically is prior to age 4, it is usually first diagnosed in childhood. Therefore, people don’t tend to think of ADHD as an “adult condition.” Rather, they might assume that it’s isolated as a childhood condition.

It is important to remember that ADHD is actually a genetic condition. It affects the brain’s neurotransmitter system of dopamine and norepinephrine, brain waves and connections, and the actual structure of the brain, specifically the frontal lobe and prefrontal cortex, cerebral volume, caudate nucleus and gray matter/white matter. In addition, certain environmental factors can further exacerbate a person’s symptomology. Regardless, ADHD is actually a “brain condition,” which means that it can also affect adults.

Going back to the Diagnostic and Statistical Manual of Mental Disorders, Fourth Edition, Text Revision, there was a chapter that included mental health diagnoses that were all first diagnosed in “infancy, childhood or adolescence.” ADHD was one of the diagnoses included in that chapter. Therefore, some people figured those disorders were not likely found in adults. However, the chapter’s title didn’t specify that those disorders weren’t found in adults; rather, it indicated that they were typically first noticed in childhood.

When the fifth edition of the DSM (DSM-5) was written, the task force offered more clarification for those disorders, so that the entire chapter was actually eliminated and the diagnoses in that chapter displaced. Due to the revision, ADHD was moved to the new “Neurodevelopmental Disorders” chapter, to more accurately reflect that the disorder is related to the biology of the brain.

In writing the DSM-5’s revisions for ADHD, there was also a symptom threshold change for the adult qualifiers. The purpose of the change was to reflect the substantial evidence of clinically significant ADHD impairment in adults within social, occupational and educational settings, in addition to difficulties with maintaining daily living responsibilities. To qualify for an ADHD diagnosis according to the DSM-5, an adult needs to meet only five symptoms, instead of the six required for children, in either of the two presentations (hyperactive/impulsive and inattentive/disorganized).

Growing out of ADHD?

At this point, it has been well-established that adults can have ADHD, so the question now becomes: Is it possible for a child with ADHD to experience symptom reduction (or elimination) as he or she transitions to adulthood? The answer is tertiary: yes, no and sometimes!

As children with ADHD grow into adolescence, research does show that up to two-thirds will experience a noticeable reduction in motoric restlessness or hyperactivity. Because of the manner in which the brain develops during this period, there can be an opportunity for rewiring in which the neurons proliferate and then are pruned back to complete the development of the frontal lobes.

With this particular symptomology of hyperactivity and motoric restlessness being reduced or eliminated, however, it is still possible that the person’s other ADHD symptoms may remain. The remaining symptoms are likely the ADHD core symptoms of impulsivity, impaired attention and lack of intrinsic motivation. Research shows that these symptoms will likely continue to some degree — possibly still to a clinically significant degree — but they might also be less impairing than they were for the person during childhood.

So, to answer the question of whether adults can experience ADHD symptom reduction or elimination, here is a recap:

As we examine how adult ADHD symptoms can be expressed, think about ADHD as a brain disorder stemming from an inability to self-regulate and executive functioning deficits. These functions allow us to plan, change flexibly from one course of action to another, inhibit actions (impulse control) and modulate affect. Executive functioning also includes organizational skills, emotional control, working memory and short-term memory, time estimation and time management, focus and attention, problem-solving, verbal reasoning, intrinsic motivation, task initiation and shifting gears. If a deficit is present in any of these areas, think about how much more difficult an already stressful job would be, in addition to how one might struggle with maintaining relationships, raising a family, completing daily living responsibilities and remaining connected in the community.

With all of the possible ADHD deficits stemming from its different presentations and with different degrees of impairment, these symptoms can be expressed in adults in a variety of ways. The scenarios below showcase how ADHD symptoms might remain similar in adulthood as in childhood, or how the symptoms’ expressions can also change over time.

Now think of the adult hyperfocusing at home on something that appears irrelevant. This person also then has a propensity toward becoming overwhelmed with all of the other dreaded, nonpreferred tasks on her “list of things to do.” She may use the hyperfocus ability with something that she enjoys as a misguided coping strategy to avoid the nonpreferred tasks. This further perpetuates her feelings of being overwhelmed with everything that she’s supposed to be doing and not getting accomplished.

With this type of situation, it can be unclear why he didn’t get up that morning because it could have been from any number of ADHD symptoms — or a combination of some of them. 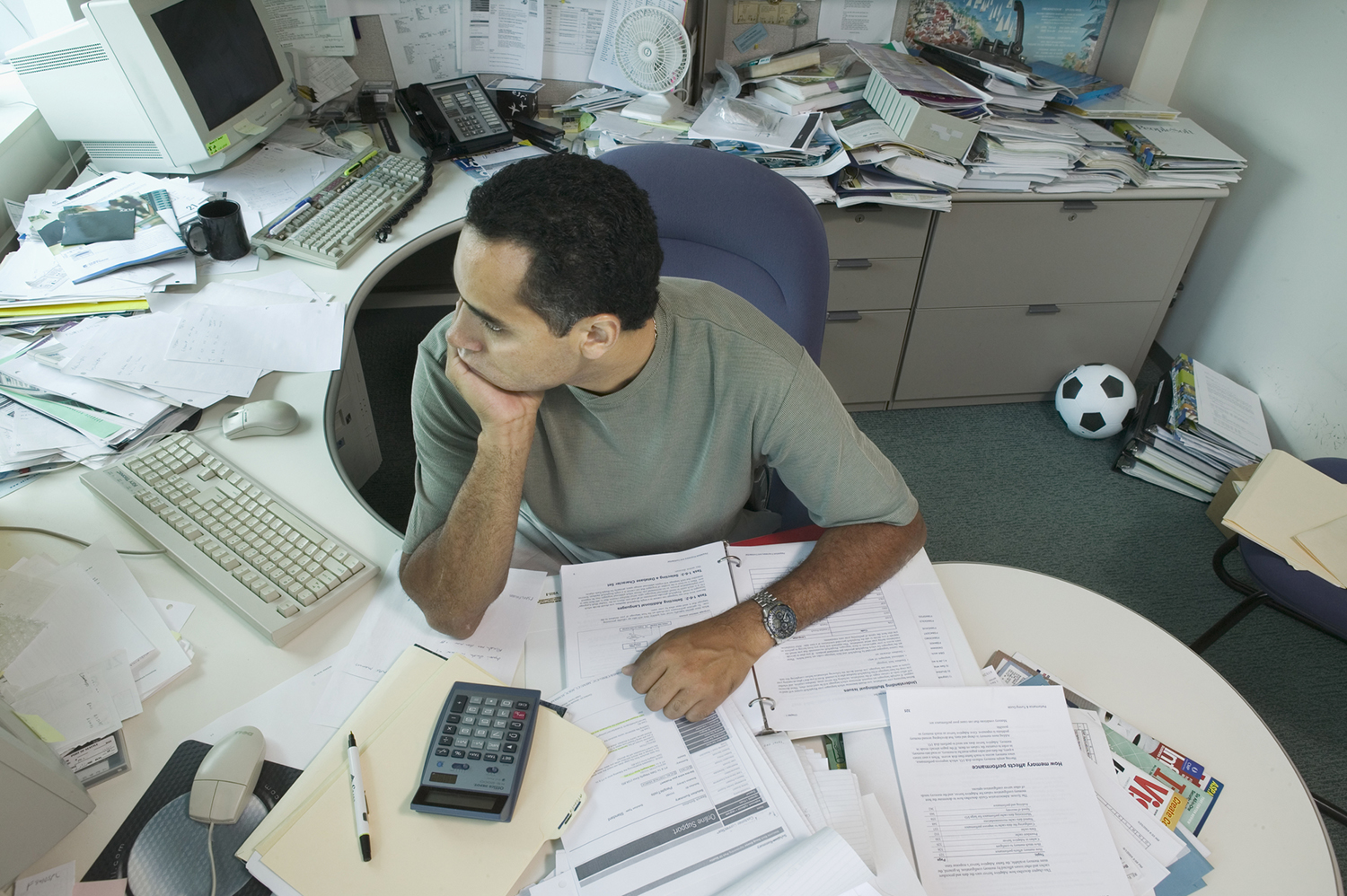 According to the Centers for Disease Control and Prevention, people with ADHD also experience other situations that I didn’t necessarily address specifically in the scenarios above. People with ADHD can experience:

In looking at all of the different issues and scenarios related to ADHD and presented in this article, it is important to note that all adults will be late to an appointment once in awhile, lose something important, become overwhelmed with their “list of things to do,” interrupt during a conversation or even get a speeding ticket. These situations are all within normal limits as human beings. It becomes clinically significant only when a variety of these instances occur chronically and intensely and also interfere with the person’s functioning.

Adults with noticeable ADHD symptoms can sometimes manage these symptoms. This can be done in a number of ways:

A combination of treatment modalities may be most effective so that adults with ADHD can continue to function well in their respective environments.

Because of the multifaceted origin of this disorder and the external variables each person experiences, ADHD symptoms can come across differently, so each person with ADHD (child or adult) will not present the same, even among the same presentation. Some individuals will have overtly noticeable symptoms. In the case of other individuals, outsiders may not even notice their symptomology, especially if they have learned to cope with their ADHD and self-regulate.

Donna Mac is a licensed clinical professional counselor treating adolescents in psychotherapy who are transitioning to adulthood. She is also the author of the book Toddlers & ADHD, which can actually be applied across the life span. Find out more via her website, toddlersandadhd.com or email donnamac0211@gmail.com.