I have been a lifelong football fan. I remember playing outside in the snow, emulating the National Football League (NFL) stars of the 1960s and then going inside to watch some of the fabled rivalries of the time, like the Kansas City Chiefs versus the Oakland Raiders. I grew up on Joe Namath’s Super Bowl guarantee, Franco Harris’s “Immaculate Reception,” and the undefeated Miami Dolphins team of 1972. My beloved Washington football franchise (yes, that name is a problem — but that is for another story) owned the 1980s (along with the San Francisco 49ers), and my brother and I sported Charley Taylor (42) and Larry Brown (43) jerseys 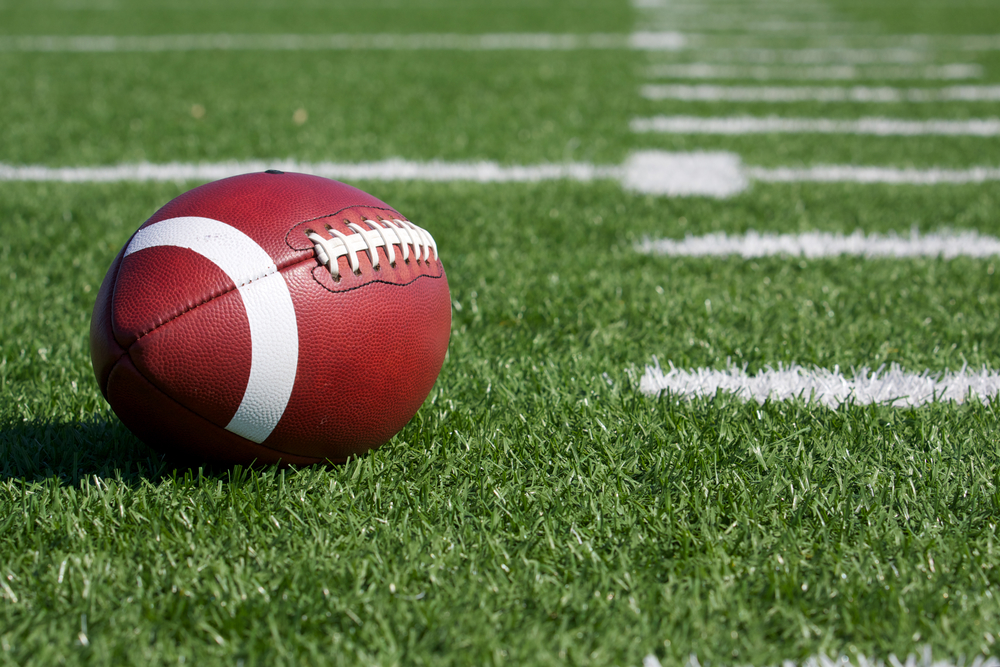 in the previous decade. My two sons played the game at the high school level, both excelling and taking much from the experience. In short, I was raised on football in many ways.

All of these things will stay with me, but recent events have conspired to lead me to question of whether the sport in its current form is morally defensible. Recently, coverage of the death by suicide of former New England Patriots player, and convicted murderer, Aaron Hernandez, noted that his brain had advanced chronic traumatic encephalopathy (CTE), and a study published in 2017 in JAMA found evidence of CTE in 110 of 111 former NFL players.

Former NFL player Antwaan Randle El, a nine-year NFL veteran who is now in his late 30s, recently spoke out about his memory problems. He became the latest in a series of both high- and low-profile professional players known or alleged to have had serious brain issues possibly due to their football careers. This includes well-known players such as Junior Seau, Dave Duerson, Mike Webster and Frank Gifford.

The national discourse has been stirred by Steve Almond’s searing Against Football: One Fan’s Reluctant Manifesto; the film Concussion, based on the work of forensic pathologist Bennet Omalu and the work of Jeanne Marie Laskas in her article for GQ titled Game Brain; as well as pro football works such as Gregg Easterbrook’s The Game’s Not Over: In Defense of Football and Mark Edmundson’s Why Football Matters: My Education in the Game.

What, then, is the role of the professional counselor in this debate — or is there one? I submit that counselors in a variety of settings have a responsibility to be aware of this issue that is currently facing our culture, and there are several reasons why.

First, this appears to be a significant safety issue for a segment of our population, namely those individuals who have either played football in the past or are currently playing. No less an authority than the Mayo Clinic has reported that symptoms such as aggression, motor impairment, tremor, memory loss, irritability and focusing problems are associated with CTE.

If an adult male were to report symptoms such as these in counseling, it could be prudent to check to see if the client was once a football player. Referral for additional medical assessment could be an appropriate course of action, although currently, no effective treatments for CTE-related symptoms seem to be available. In fact, a definitive diagnosis cannot be made until tests of the brain can be conducted after an individual’s death.

For players currently involved in football, repeated concussions could be placing those individuals at increased risk and should be monitored. Most levels of play, including the NFL and NCAA, have put so-called “concussion protocols” in place to prevent players from continuing to play until they have received medical clearance. Although counselors would likely not play a leading role in these determinations, it would be advisable for counselors working on college campuses, with professional football players or even at lower levels (high school, middle school, youth football) to be aware of them and to support efforts to protect player safety.

Second, the question of whether to allow children to play football has become an emotional and sometimes conflict-ridden debate within families. Participation rates in both high school and youth football have widely been reported to be declining and show no signs of changing in the near future, according to numerous sources.

Counselors routinely work with children and families, and reaching a decision about whether a child should play football can be difficult. An informed decision must balance the potential safety concerns associated with the sport and the potential benefits of playing the sport, including physical activity and learning about teamwork and discipline. In some families, football is seen as a rite of passage — something that adolescent males (and, in some cases, females) engage in as part of the maturation process. In some cases, it may be the child who desperately wants to play, while the parents are warier. In other cases, parental pressure on a child to participate may be the driving issue. In either instance, a counselor, whether school-based or community-based, may be in a position to help the family make this decision. Knowledge of some of the relevant issues is essential to any effort to be of assistance.

Third is the reality that any societal issue can make its way into a counseling session. This is not to imply that we as counselors need to be experts on any and all social and societal issues. However, we do have a responsibility to be aware of burgeoning issues facing our culture and to be ready to discuss or address them —or at least to listen to our clients do so.

Many of us no doubt had clients with opinions about the most recent presidential election. Their thoughts naturally made their way into counseling sessions. Our own personal feelings aside, we had a responsibility as counselors to listen, to consider our clients feelings and opinions, and to ponder what role, if any, these thoughts contributed to the stressors they were facing. Likewise, we must strive as counselors to stay informed about myriad issues of relevance to our clients. Societal question such as same-sex marriage, health care, immigration and employment barriers for those with criminal convictions, to name a few, play out in our clients’ lives on a daily basis.

Granted, the issue of football may pale in comparison to some of these, but we have a responsibility nonetheless to pay attention, to inform ourselves and to monitor the debate, because it may well come up in a counseling session with an individual or family. If we are unaware of this issue (or another one), we may need to do further research in between sessions or, in extreme cases, even consider referring our client to another provider with more knowledge of the issue he or she is facing.

Finally, there are social justice issues to be considered, consistent with the counseling profession’s recent emphasis in this area. One would have to have been living under the proverbial rock not to have noticed the emotional national dialogue around NFL players sitting or kneeling during the playing of the national anthem. Started by former San Francisco 49er quarterback Colin Kaepernick in 2016, this protest has spread to other players and teams and led to an increasingly hostile “conversation” about the form of the protest itself, overshadowing the issue of police brutality that Kaepernick sought to highlight.

The various authors I noted earlier identified numerous concerns more specifically related to football that are of a social justice nature. Approximately 68 percent of NFL players are African American, and the treatment of players has been criticized by some as evoking memories of slavery by the so-called “owners” of the franchises. Anyone who has ever watched the “meat market” known as the NFL Combine, which consists partly of athletes’ bodies being examined by prospective employers (owners), and which is now nationally televised, cannot help but notice this parallel. With the average NFL career lasting less than four years and contracts, even when lucrative, not being guaranteed in case of injury, discerning individuals can easily raise legitimate social justice questions.

In summary, a growing national conversation about football, its viability, its safety and its future is becoming difficult to ignore. Counselors at various levels and in various settings have a responsibility not only to be aware of this conversation, but also to consider its significance in relation to the clients with whom we work. Engaging in this conversation is consistent with current calls within the profession for social justice.

Kevin Doyle is a licensed professional counselor in Virginia and an associate professor in the counselor education program at Longwood University. He has also coached youth, high school and adult sports for the past 30 years. Contact him at doyleks@longwood.edu.