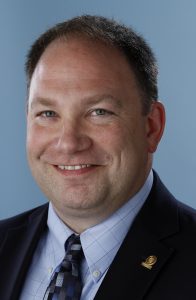 February brings us a couple of fun holidays, including Groundhog Day (a personal favorite) and a few presidential birthdays. But the stores have been preparing us for St. Valentine’s Day since the day after Christmas (seriously). Aside from the blatant commercialism, it is nice to have a holiday devoted to love.

In February, I also get to attend the Time to Thrive Conference put on by the Human Rights Campaign Foundation in partnership with the American Counseling Association and the National Education Association. ACA has been a co-presenting partner of Time to Thrive since its inception, and this conference serves as an opportunity for individuals who work with LGBTQ youth to learn new skills and become better advocates. It is also an opportunity for youth advocates to learn how to be agents of change in their own communities. That is an incredibly powerful process to be a part of.

I have been struck over and over by the importance of advocacy in our profession, and here are young people who have discovered that importance even before finishing high school (or middle school in some cases). They are often part of Gay-Straight Alliance or similar organizations in their schools. These groups of students have banded together not because of their own affectional orientations but because they believe to their core that people should be able to love whomever they love. They believe simply that love should be available to everyone.

I’ve also met pastors who are earnest in their desire to be better allies. They have told me that their faith is rooted in love, and when they found themselves standing between two people who had dedicated their lives to each other, they had to reexamine how they understood their faith. In essence, when they found themselves opposing love, they knew they were out of step with what they believed.

I am very proud of the position that ACA has taken to actively oppose the practices known as conversion therapy or reparative therapy and other sexual orientation change efforts. Scientific evidence tells us that those practices do not work, and courts have also ruled them to be fraudulent because they do not work. The ACA Governing Council closed out 2017 with a reaffirmation that sexual orientation change efforts are a violation of the ACA Code of Ethics and, in fact, violate several specific sections (go to counseling.org/about-us/leadership/meeting-minutes and click on “Resolutions”). And that has been true of our ethics code for decades.

Part of that is an understanding that when people finally take the brave step of seeking the assistance of a counselor, we want them to feel affirmed and supported, not judged or rejected. Part of it is a belief that the practice of counseling must be rooted in empirical evidence that what we offer to clients is efficacious. Part of it is rooted in the fundamental belief that we meet our clients where they are and help them to achieve their goals. Mostly, though, this position is based on the bedrock position that we will do no harm to our clients.

As our profession has grown, we have become clearer about the damage that can be done to clients when we try to impose our values on them, but the foundation of our beliefs is very much the same as that of those youth advocates whom I mentioned earlier. Our clients have a right to love, and we have the responsibility and the privilege to support them.