By the time the 43-year-old man, a victim of an industrial accident, limped into American Counseling Association member David Engstrom’s office, he’d been experiencing lower back pain for 10 years and taking OxyContin for six. The client, whose pain was written in the grimace on his face as he sat down, was a referral from a local orthopedic surgeon, who was concerned about the man’s rapidly increasing tolerance to the drug.

“He often took twice the prescribed dose, and the effect on his pain was diminishing,” says Engstrom, a health psychologist who works in integrated care centers.

The man’s story is, unfortunately, not unusual. According to the National Institutes of Health, 8 out of 10 adults will experience lower back pain at some point in their lives. As the more than 76 million baby boomers continue to age, many of them will increasingly face the aches and pains that come with chronic health issues. And as professional counselors are aware, mental health issues such as depression, anxiety and addiction can also cause or heighten physical pain.

Those who suffer from chronic pain are often in desperate need of some succor, but in many cases, prescription drug treatments or surgery may be ineffective or undesirable. Fortunately, professional counselors can often help provide some relief.

At first, the client had only one question for Engstrom: “I’m not crazy, so why am I here?”

Although the man’s physician did not think that the pain was all in the man’s head, it is not uncommon for sufferers of chronic pain to encounter skepticism about what they are experiencing. “It was important … to defuse the idea that I might think he was imagining his pain,” Engstrom says. “So I [told him] that I accepted that his pain was real and that all pain is experienced from both body and mind. I told him that we would be a team and work on this together.”

Engstrom and the client worked together for five months. As they followed the treatment plan, the man’s physician slowly eased him off of the OxyContin.

Engstrom began by teaching the client relaxation exercises such as progressive muscle relaxation. “When in pain, the natural inclination of the body is to contract muscles,” Engstrom explains. “In the long term, this reduces blood flow to the painful area and slows the healing process. Contracted muscles can be a direct source of pain.”

Engstrom also began using biofeedback to promote further relaxation. In biofeedback sessions, sensors are attached to the body and connected to a monitoring device that measures bodily functions such as breathing, perspiration, skin temperature, blood pressure, muscle tension and heartbeat.

“When you relax, clear your mind and breathe deeply, your breathing slows and your heart rate dips correspondingly,” Engstrom explains. “As the signals change on the monitors, you begin to learn how to consciously control body functions that are normally unconscious. For many clients, this sense of control can be a powerful, liberating experience.”

As Engstrom’s client learned to control his responses, he began reporting a decrease in pain following the relaxation exercises.

Engstrom also used cognitive behavior therapy (CBT) methods, including asking the man to keep a daily journal recording his pain level at different times of the day, along with his activity and mood. Through the journal, the man started recognizing that his pain level wasn’t constant. Instead, it varied and was influenced by what he was doing and thinking at the time.

Engstrom highly recommends CBT for pain treatment because it helps provide pain relief in several ways. “First, it changes the way people view their pain,” he says. “CBT can change the thoughts, emotions and behaviors related to pain, improve coping strategies and put the discomfort in a better context. You recognize that the pain interferes less with your quality of life and, therefore, you can function better.”

In this case, the client was trapped by thoughts that “the pain will never go away” and “I’ll end up a cripple,” Engstrom says. He and the client worked on CBT exercises for several months, keeping track of and questioning the validity of such negative future thoughts. They also 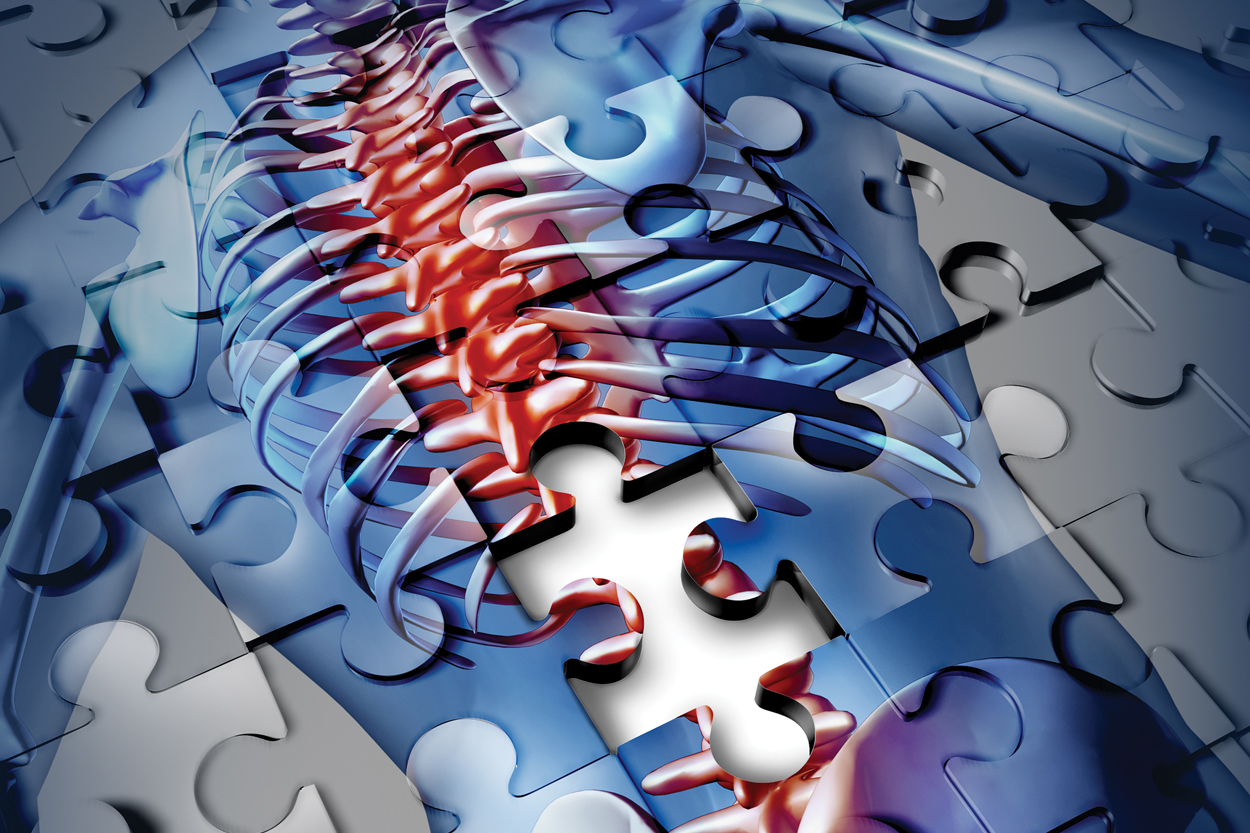 practiced substituting more helpful thoughts, including “I will take each day as it comes” and “I will focus on doing the best I can today.”

Chronic pain often engenders a sense of helplessness among those who experience it, Engstrom says, so CBT also helps by producing a problem-solving mindset. When clients take action, they typically feel more in control of their pain, he says.

CBT also fosters new coping skills, giving clients tools that they can use in other parts of their lives. “The tactics a client learns for pain control can help with other problems they may encounter in the future, such as depression, anxiety or stress,” Engstrom says.

Because clients can engage in CBT exercises on their own, it also fosters a sense of autonomy. Engstrom often gives clients worksheets or book chapters to review at home, allowing them to practice controlling their pain independently.

Engstrom notes that CBT can also change the physical response in the brain that makes pain worse. “Pain causes stress, and stress affects pain-control chemicals in the brain, such as norepinephrine and serotonin,” he explains. “By reducing arousal that impacts these chemicals, the body’s natural pain-relief responses may become more powerful.”

Although Engstrom acknowledges that he could not completely banish the discomfort his client felt, he was able to lessen both the sensation and perception of the man’s pain and give him tools to better manage it.

Mindfulness teaches the art of awareness without judgment, meaning that we are aware of our thoughts and feelings but can choose the ones we focus on, Curtis continues. He gives an example of how a client might learn to regard pain: “This is pain. Pain is a sensation. And sensations tend to ebb and flow and may eventually subside, even if just for a little while. I’ll breathe and get back to doing what is meaningful to me.”

Engstrom agrees. Unlike traditional painkillers, mindfulness is not intended to dull or eliminate the pain. Instead, when managing pain through the use of mindfulness-based practices, the goal is to change clients’ perception of the pain so that they suffer less, he explains.

“Suffering is not always related to pain,” Engstrom continues. “A big unsolved puzzle is how some clients can tolerate a great deal of pain without suffering, while others suffer with relatively smaller degrees of pain.”

According to Engstrom, the way that people experience pain is related not just to its intensity but also to other variables. Some of these variable include:

By helping people separate the physical sensation of pain from its other less tangible factors, mindfulness can reduce the suffering associated with pain, even if it is not possible to lessen its severity, Engstrom says.

According to Engstrom, mindfulness may also improve the psychological experience of pain by:

Curtis, an associate professor of counseling at Western Carolina University in North Carolina, suggests acceptance and commitment therapy (ACT) as another technique to help guide clients’ focus away from their pain.

“ACT can help people revisit what their true values are, whether it’s being of service, having a great family life or creating art,” he notes. Encouraging clients to identify and pursue what is most important to them helps ensure that despite the pain they feel, they are still engaging in the things that give their lives meaning and not waiting for a cure before moving forward, Curtis explains.

In helping clients confront chronic pain, Curtis says, counselors should not forget their most effective weapon — the therapeutic relationship. Because living with chronic pain can be very isolating, simply sitting with clients and listening to their stories with empathy is very powerful, he says.

Counselors have the opportunity to provide the validation and support that clients with chronic pain may not be getting from the other people in their lives, says Christopher Yadron, an LPC and former private practitioner who specialized in pain management and substance abuse treatment. The sense of shame that often accompanies the experience of chronic pain can add to clients’ isolation, he says. According to Yadron, who is currently an administrator at the Betty Ford Center in Rancho Mirage, California, clients with chronic pain often fear that others will question the legitimacy of their pain — for instance, whether it is truly “bad enough” for them to need extended time off from work or to miss social occasions.

Curtis says it is important for counselors to ensure that these clients understand that the therapeutic relationship is collaborative and equal. That means that rather than simply throwing out solutions, counselors need to truly listen to these clients. This includes asking them what other methods of pain relief they have tried — such as supplements, over-the-counter painkillers, physical therapy, yoga or swimming — and what worked best for them, Curtis says.

The U.S. health care system has led many people to believe that there is a pill or surgery for every ailment, Curtis observes. This makes the provision of psychoeducation essential for clients with chronic pain. “Let them know there’s no magic bullet,” he says. Instead, he advises that counselors help clients see that relief will be incremental and that it will be delivered via multiple techniques, usually in conjunction with a team of other health professionals such as physicians and physical therapists.

Curtis, Yadron and Engstrom all agree that counselors should work in conjunction with clients’ other health care providers when trying to address the issue of chronic pain. Ultimately, however, it may be up to the counselor to put the “whole picture” together.

A 60-something female client with severe depression was referred to Engstrom from a pain clinic, where she had been diagnosed and treated for fibromyalgia. After an assessment, Engstrom could see that the woman’s depression was related to continuing pain, combined with social isolation and poor sleep patterns. The woman was unemployed, lived alone and spent most of her day worrying about whether her pain would get any better. Some of her previous doctors had not believed that fibromyalgia was a real medical concern and thus simply had dismissed her as being lonely and depressed. Despite finally receiving treatment for her fibromyalgia, the woman was still in a lot of pain when she was referred to Engstrom.

Engstrom treated the woman’s depression with CBT and taught her to practice mindfulness through breathing exercises and being present. Addressing her mood and sleep problems played a crucial role in improving her pain (insomnia is common in fibromyalgia). By dismissing the woman’s fibromyalgia diagnosis, discounting the importance of mood and not even considering the quality of her sleep, multiple doctors had failed to treat her pain.

Engstrom points out that in this case and the case of his client with lower back pain, successful treatment hinged on cognitive and behavioral factors — manifestations of pain that medical professionals often overlook.