Most clinicians who work with law enforcement officers will tell you that the experience can be a little different. Sometimes, it seems to incorporate elements of a spy thriller. First, the call from the unknown number. Then, the interrogation from the unidentified caller, asking about your experience with cops, your ability to keep secrets and if you are in any way affiliated with the department. James Bond must be on the other end of the phone.

Let’s start by exploring the impacts that a career in law enforcement can have on officers. Law enforcement officers are a special population (like military and paramilitary personnel and other first responders) who experience coexisting medical and behavioral health issues with links to job-related stressors. According to a landmark study published by researcher John Violanti with the University at Buffalo in 2012, various factors contribute to the very serious physical and mental health concerns experienced by many law enforcement officers. These factors include:

In the October 2010 Issue of the FBI Law Enforcement Bulletin, Daniel Mattos, a law enforcement veteran for more than 30 years, described the psychological impact of police work: “By the very nature of what we do as police officers, we are unavoidably exposed to a host of toxic elements that can be likened to grains of emotional sand that ever so gradually are placed on our psychological backs. As time goes on, the sand increases in volume. Without the proper tools to remove it, the weight can become unbearable. In fact, in some cases, the sand becomes so heavy that it can collapse officers. The result of the sand’s weight takes a heavy toll on us; 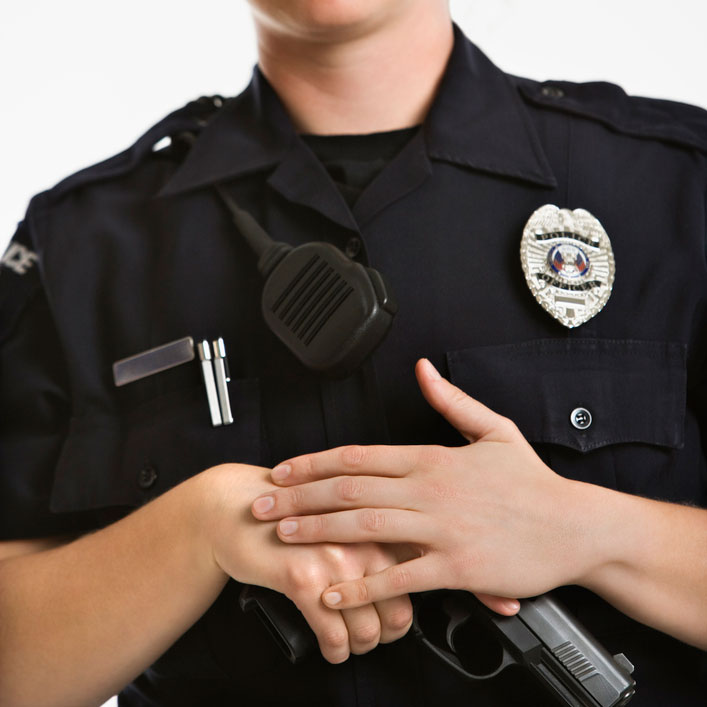 In an international meta-analytic study completed in 2012, researchers Claudia Morales-Manrique and Juan Valderrama-Zurian identified strong links between the high-demand/low-control nature of police work and the high stress levels that negatively impact the physical and mental health of police officers. In high-demand/low-control careers, individuals are required to be at constant peak performance levels, stemming from the unpredictability and wide range of scenarios that can be presented to them.

Research suggests that officer rates of completed suicides are three times higher than in the general population. In January 2014, Perry Mason, a retired Canadian constable (police officer), publicly described in an interview with The Hamilton Spectator his suicidal thoughts and a very near suicide attempt during his career. During 34 years of service, Mason also recounted that seven of his fellow officers had died from suicide. Mason admitted that he sought help, but also kept it highly secret because of his fears of possible repercussions to his career. He never disclosed his suicidal thoughts until after he retired.

The high rates of physical and mental health conditions among law enforcement officers reflect the need for medical and behavioral support and treatment. However, treatment resistance is often a significant barrier.

In 2002, the American Psychological Association recognized the need to take a closer look at law enforcement as a special population and to define guidelines for forensic psychology. Ensuring public safety requires that officers are mentally, emotionally and physically stable and deemed “fit for duty” to perform effectively.

Law enforcement personnel often struggle to manage the challenges associated with competing demands. Very intense and difficult circumstances must be addressed while simultaneously mitigating the impact those demands have on personal health and well-being. Seeking and adhering to needed medical and behavioral treatments can present specific dilemmas and challenges.

Law enforcement officers are legally and ethically mandated to maintain good physical and mental health. However, the stressors these individuals face, ranging from inconsistent shift work to frequent and unpredictable threats to life, result in both physical and emotional challenges for the majority of officers during an average career. Law enforcement employers are legally obligated to verify and monitor officers to ensure physical, mental and emotional stability, as well as job performance capability. As a result, any signs of behavior that are in question, either on or off duty, are subject to scrutiny by the officer’s department or chain of command.

Every single law enforcement officer undergoes fit-for-duty evaluations that entail a combination of psychological testing and interviewing. In the book Practical Police Psychology: Stress Management and Crisis Intervention for Law Enforcement (2006), Laurence Miller writes that failure of the evaluation may result in job loss or suspension. An unintended consequence is that the majority of officers are hesitant to seek help with mental, emotional, relational or even physical issues because it could result in their inability to work.

According to retired police officer and psychologist Joel Fay in the April 2012 issue of the POA Journal, officers presenting with medical or mental health concerns often struggle taking medications as prescribed to address symptoms. Officers are restricted from having certain types of medications in their systems. For the safety of the public and the officers, police departments have policies against the use of certain classifications of medications such as strong painkillers and benzodiazepines. An officer-involved accident or shooting is often subject to a review of the incident that includes blood tests to determine the possible presence of chemicals or medications that may have played a role in the incident. Officers recognize that doctors may be unaware of these restrictions. Unable to fully understand the classifications of medications, officers may consequently resist taking prescribed medications.

So, what can we do as clinicians to help reduce the stigma and minimize the fear that going to counseling has for many law enforcement officers? The first step is to help officers understand their rights to privacy. I asked the legal experts at Bruno, Colin & Lowe P.C., with more than 60 years’ combined experience in protecting the rights of law enforcement officers in Colorado, and Mariya Dvoskina, a police and public safety psychologist with Nicoletti-Flater Associates, experts in the evaluation and critical incident response for law enforcement officers, to give me “just the facts.”

Collectively, we identified eight myths that keep many law enforcement officers from seeking support through counseling. Because each state may have some independent legislation in this regard, it is important for clinicians to verify the legal standards in the individual states in which they practice.

Departments/agencies have the right to obtain information about officers that seek help from licensed mental health professionals.

False! Licensed mental health professionals are legally and ethically bound to protect client privacy. If an officer reaches out to a therapist on his or her own — in other words, if the officer wasn’t ordered to see a therapist by a court or the officer’s department — then the employer doesn’t even have the right to know that the officer is attending therapy. Nothing that is said in counseling can be released to anyone without the officer’s written consent. The U.S. Supreme court has ruled that the confidential relationship between a psychotherapist and an officer is privileged. To learn more, see http://www.apa.org/about/offices/ogc/amicus/jaffee.aspx

The only times confidentiality can be broken are for the reasons below, which apply to every client/patient.

Rights to privacy change if you use your insurance or employee assistance program (EAP).

False! Treatment by a licensed mental health professional that is paid for by your insurance company or your EAP is protected by HIPAA (the Health Insurance Portability and Accountability Act), and the same rules apply.

Sometimes patients choose not to use insurance benefits so that their outpatient treatment remains separate from their medical record.

There is no reason to see a licensed professional because the rules are exactly the same with a peer support team.

The department or agency automatically has a right to know if an officer receives a mental health diagnosis or takes medication.

False! HIPAA protects both diagnosis and medication or other treatment methods because they are part of the clinical record and therefore confidential. If an officer would like the department to know this information, he or she must sign a release of information. Otherwise, the professional treatment provider cannot disclose anything related to the client/patient to the department or anyone else.

If an officer seeks help from a hospital or a rehabilitation facility voluntarily, the department automatically has the right to this information.

False! The department can only access information that an officer has granted it permission to have, as is the case with any other medical condition.

If an officer is placed on an M-1 hold, he or she automatically loses their right to carry and possess a firearm.

False! When there is a court-approved certification for an involuntary mental health hold, restrictions to weapons are limited while the certification is active. If the provider that requested the certification acknowledges that the client/patient is no longer a danger to themselves or anyone else, then the restriction can and should be released as well.

If an officer seeks the support of a licensed mental health professional, that automatically means that the officer is not fit for duty.

False! Seeking counseling voluntarily would NEVER automatically mean that an officer is unfit for duty.

Counseling is the same as a fit-for-duty evaluation.

False! The most important question to ask is “Who is the client?” If the officer is seeking support on his or her own, all of the rights stated above belong to the officer. If the department is the client, as is the case in a pre-employment evaluation or a fitness-for-duty evaluation, then the information most often belongs to the department.

Jessika Redman is a licensed professional counselor, a national certified counselor and the founder of Well Relate LLC (http://www.wellrelate.com) in Castle Rock, Colorado. Contact her at jessika@wellrelate.com.