Just after lunch on a Friday afternoon in late March 2017, Salvador Minuchin gently raised his hand to address the hundreds assembled to learn from him at the Psychotherapy Networker Symposium in Washington, D.C. If any of the attendees were drowsy from their meal or the demands of the week, they did not stay that way for long. Once the crowd quieted, the then-95-year-old giant of family therapy, his body and voice diminished by age, announced that this would be his last public appearance.

This was the first memory to hit me, nearly eight months later, when I saw Minuchin on the cover of The Washington Post on the first Sunday in November. Sadness and gratitude quickly followed when I learned that he had died, at age 96, on Oct. 30.

Minuchin’s face, voice and genius are familiar to many of us who have been trained to apply family systems theory to the practice of professional counseling. Many of us were introduced to what has become known as structural family therapy during our graduate training programs. Countless instructors have shown archived videos of Minuchin seeing, naming and changing the maladaptive patterns of families seeking his expertise at the renowned Philadelphia Child Guidance Clinic (CGC). 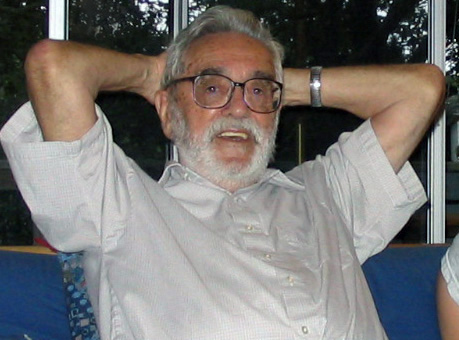 Certainly, this is the contribution to the field for which Minuchin is best known, and it is my preferred mode of practice and teaching. However, it was Minuchin’s democratization of psychotherapy that I have found most inspiring.

Having earned his M.D. from the University of Cordoba in his native Argentina in 1947, Minuchin immigrated to the United States to be trained in child psychiatry and psychoanalysis. Minuchin was also Jewish, and his post-doctoral training was sandwiched around a stint serving in the Israeli army to support the fledgling state. By the mid-1950s, Minuchin had begun to work as a child psychiatrist at the Wiltwyck School for Boys along the Hudson River between New York City and Albany. The school was a treatment center for underprivileged boys, many of whom had been involved with the juvenile court system, between the ages of 8 and 12. It was at Wiltwyck that Minuchin first conceived of inviting a child’s family into the consulting room as a valuable contribution to the treatment process.

At the time, this move was revolutionary. Psychotherapeutic services were available almost exclusively to elite members of society and usually focused on individuals. Minuchin himself noted in “My Many Voices” — his contribution to the 1987 anthology The Evolution of Psychotherapy — that “parents were considered, frankly, destructive to the children. If they were seen at all, they were seen individually in the ‘main office.’”

Minuchin changed this system at Wiltwyck so that not only were children seen with their parents in the same room, but Minuchin and his colleagues observed each other providing and developing a style of family therapy through one-way mirrors. This innovation led Minuchin to develop a theory of family structure, his psychoanalytic training shining as he interpreted relational moves between family members and family subsets. Once he had developed his theory, he began to collaborate with other like-minded practitioners, namely Jay Haley, who joined Minuchin in Philadelphia at the CGC in the mid-1960s.

It was here that structural family therapy proliferated. Having accepted a position as director of the CGC in 1965, Minuchin published his first book, Families of the Slums, in 1967. A dozen books, some written with various co-authors, followed, including classics such as Families and Family Therapy (1974), Family Therapy Techniques (1981), and Working With Families of the Poor (second edition, 2007). At the CGC, Minuchin and his staff emphasized working with underprivileged families of the city — to the point that they were teaching laypeople to provide structural family therapy-influenced care to their neighbors in the nearby ghettos and barrios.

Clinicians from all over the world flocked to Philadelphia to learn from Minuchin and Haley. Among these trainees were Steve Greenstein and Dave Waters. By the late 1990s, Greenstein had moved on from the CGC and landed in Charlottesville, Virginia. In this small town, home to the University of Virginia (UVA) and set in the Blue Ridge Mountains, Greenstein furthered Minuchin’s democratic vision by taking structural family therapy outside the clinic walls and into the homes of families in crisis.

Greenstein founded the League of Therapists, a private agency that primarily provided intensive in-home counseling, a Medicaid-funded service aimed at helping prevent out-of-home placement for at-risk children. Clinicians were trained to help families from a variety of different circumstances. They helped reunite children in foster care with their birth families, prevent acute hospitalization and residential treatment, and prevent juvenile detention by working with the entire family system to see, name and change maladaptive relational patterns. Waters, who was a professor in the UVA medical school when Greenstein started his project, joined as a fellow supervisor.

Clinicians, who often were residents in counseling, marriage and family therapy or clinical psychology, videotaped their sessions and reviewed their work with Greenstein and Waters on a weekly basis. At its height, the League of Therapists had 12 offices across Virginia and as many as 300 providers. Thousands of families were served until the group closed its doors in 2011. Greenstein died three years later.

Nevertheless, the work continues. Several of the counselors who worked for Greenstein continue to provide home-based family therapy in Virginia. Waters continues to supervise and teach them through video review on a regular basis.

It bears mentioning that Minuchin was not without his critics. His obituary in The Washington Post noted that Minuchin came to the forefront of public discourse as the feminist movement was gaining strength. Activists from that end of civic discourse often found him “too willing to accept and reinforce traditional gender roles and stereotypical family units.” Furthermore, many of his colleagues found his methods, which at times could range from biting humor to blatant mockery, too confrontational.

This side of Minuchin is familiar to anyone who has viewed any of his archived video footage. It came through in the video he reviewed with the March symposium attendees. During the session, he referred to the father of the client family as a “brute” and made it bluntly explicit that he, Minuchin, was the expert in the room.

The tape was from the 1980s, when Minuchin was in his 60s and approaching the end of his career. On that Friday afternoon at the symposium, he was asked to comment on his perception of himself as he watched more than three decades later. He replied that he was embarrassed. “If I had it to do over again,” he said, “I would do it differently. I would do it more gently.” And so, the next generation may be inspired to take the core principles and techniques Minuchin developed but apply them with rounder edges.

The continued development and dissemination of structural family therapy has been centralized at the Minuchin Center for the Family, located just outside Philadelphia in Woodbury, New Jersey. However, clinicians who have been influenced personally and professionally by Minuchin are all over the world. A few of us were in the room with Minuchin this past March, and the moment was not lost on us. Minuchin was not only a great developer of the theory and practice of family therapy, but also one of the great advocates for giving the underserved access to a systemic approach to counseling. May we all carry his legacy forward in our respective communities.

Charles F. Shepard is a licensed professional counselor and national certified counselor in private practice and a student in the doctoral counseling and supervision program at James Madison University. He learned structural family therapy in the style of Salvador Minuchin from Steve Greenstein, David Waters and Gretchen Wilhelm. Contact Shepard at cshepard.lpc@gmail.com.