A lot has been written about domestic violence, the cycles that keep people in violent relationships and how to get out of them. The commentary focuses on the role of substance abuse, the role of personality disorders and a cycle of conflict that ends with the exchange of a “never again” promise. Wash, rinse, repeat.

If you are a family member looking from the outside in on a violent relationship, things look pretty black and white. The abuser is a bad guy. In fact, it’s probably better to use the word “evil.” He is taking advantage of someone smaller than him, he’s probably done this in previous relationships, and his promise to change can’t be trusted. He is one-dimensional: bad. The hottest place in hell is reserved for men of his ilk.

For those on the outside looking in, this is terrifying. Their loved one is in danger, she is captive, and if that wasn’t bad enough, she seems ambivalent about her chains. This leads family and friends to express their hatred for the abuser, but in their desperation, they might also express their frustration with the victim: “You’re smarter than this. I can’t believe you got yourself into this.” For those in the victim’s support system, a life might be hanging in the balance, so this seems no time to mince words.

If you are on the inside of the relationship looking outward, however, the picture can appear very different. Although the victim can certainly recognize her partner’s shortcomings, she cannot quite see what her support system sees. She doesn’t see a one-dimensional evil man.

Instead, she sees someone who is conflicted, someone who hates himself, someone who can’t get a grip on his emotions. Because she knows the “inner him,” she struggles to reconcile the blunt feedback from her family with the person she loves. The two pictures just don’t add up.

Could her partner really be as manipulative and cold as they say? Surely not. His regret and anguish are sincere. She has witnessed him cry out of self-hatred, and evil men don’t do that. He is broken but not bad. He wants to change, and she can’t imagine leaving because she doesn’t want to be like everyone else who has left him in the past.

Before people are open to receiving help, they have to trust that the complexity of their problem is well-understood. When families characterize their loved one’s abuser as pure evil, a demonic caricature with cloven hoof, it delegitimizes their feedback, because for the victim, this evil cartoon character is nowhere to be found. In fact, the blunt feedback often has the opposite effect — it reinforces for the victim that the goodness of her partner isn’t being taken into account. This hardens her conviction that she is alone in understanding the situation, and this has the unintended consequence of further isolating her.

Given that explanation, what can be done? One way to intervene is to help the victim understand that there is a difference between evil people and destructive people, but both types of people can do the same amount of damage. In making this distinction, it validates that 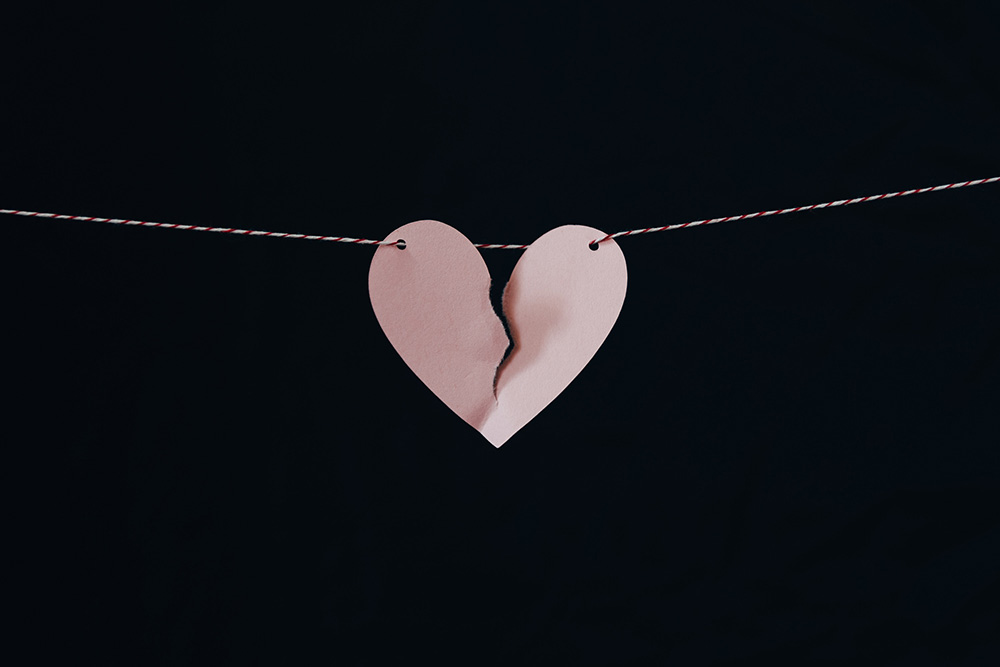 her partner is not a one-dimensional monster without dismissing the fact that a destructive reality still exists that needs to be addressed. This approach doesn’t isolate the victim from her support system. It also helps her understand why her situation feels so gut-wrenching: She has to leave someone who is partly good.

But partly good is not good enough. When we offer the truth that people are never entirely good or entirely evil, we offer an alternative worldview that enables victims to refine their partner-selection process in the future.

No longer should they reassure themselves if a destructive person shows goodness, because displays of goodness are no longer sufficient criteria for choosing a partner. Instead, the criteria become more nuanced. Despite the display of goodness, is this person also destructive? Victims learn that the presence of goodness and vulnerability are not the only variables to consider.

A second way to help is to teach victims that empathy is a morally neutral disposition: It can lead to both health and destruction. After all, the best predators use empathy to scan for the psychological vulnerabilities of other people. This maximizes predators’ ability to exploit.

In the cases of victims of domestic violence, their empathy is doing them harm. They are spending too much time thinking about how leaving the relationship would impact their partner and not enough time thinking about how they are themselves being harmed. Their high capacity for empathy has led them to walk around in the mind of their abuser for far too long, thinking his thoughts and feeling his feelings. The victim is not in her situation because she is foolish but because she has not learned how to manage her empathic impulses. Learning how to power down her empathy is vital, and she can do this by learning how to reprioritize her own needs.

Reprioritizing her needs can lead to feelings of guilt, and this comes from a sense that she is being selfish. The victim is in the habit of giving 100 apples to her partner without taking one for herself, so now taking 50 apples feels incredibly wrong. However, with the right help, she can learn that meeting her own needs is not selfish but is instead necessary to be truly generous.

In fact, when we compulsively engage with something that damages our well-being, it is not generosity — it is addiction. The person with alcoholism no longer enjoys the drink, and the person addicted to empathy no longer enjoys giving. Instead, they both feel bound to their habits. It’s not that virtue motivates the victim to give away the 100 apples; it’s that she doesn’t know how to give less than 100 apples away.

When victims learn that empathy has become a force for harm in their lives and that true generosity can’t flow forth from inner compulsion, the sense of virtue that they previously associated with staying in the relationship is tarnished. It isn’t that the abuser is without a gradient of goodness; it’s that he is still profoundly dangerous. It’s not that she is motivated by virtue; it’s that her empathy has kept her from seeing that her needs for safety and love should be more important to her than his need to avoid anxiety or sadness.

The hope is that thinking about how support systems can unintentionally create defensiveness and isolation in victims of domestic violence will lead to better rescue strategies. Although it feels repugnant for support systems to acknowledge the goodness in the victimizer, in some cases this might allow the victim to see more clearly the destructiveness of her partner. If members of the support system are able to stop themselves from accusing the perpetrator of simply being evil, this might lead the victim to feel powerfully understood. Perhaps the intimacy of feeling understood will increase the victim’s trust in the bridge away from her relationship and into the arms of those who love her.

David L. Prucha is an adjunct professor of psychology at Johnson and Wales University in Denver, Colorado. He is also a licensed professional counselor who maintains an independent practice that specializes in depressive disorders, anxiety disorders, and trauma and stressor-related disorders. Email him at contact@pruchacounseling.com.