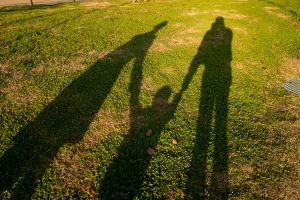 The adoption journey is not an easy one. After three years and nine months of active pursuit, my husband and I finalized our adoption on Nov. 29, 2017. Through this process, I learned a great deal that has helped me grow as a counselor educator and supervisor. For example, I learned the benefits of being a part of a support group after involvement in several different adoption support groups. Although I have always valued such groups, and facilitated many, the personal experience of being a participant deepened my appreciation of their benefits.

I was also greatly reminded of the beauty and benefit of empathy. When those who supported us during our adoption process were able to put themselves in our place to the point of weeping with us (rather than for us), it was deeply meaningful. We talk and teach empathy as counseling professionals, but when we experience the other side of it, it allows us to more richly understand this critical component of counseling.

But what I learned more than anything is the many aspects of social justice involved in adoption. Merriam-Webster defines this term as meaning “a state or doctrine of egalitarianism.” We wouldn’t accept Wikipedia as a scholarly resource on a research paper, but the way the website expands on the definition of social justice resonates with me: “a concept of fair and just relations between the individual and society.”

1) Justice for the birth parent(s). There are at least two categories of birth or biological parents in the adoption process — those who choose to place a child for adoption and those who have their children removed from their care. In both instances, these children should be treated fairly.

For those who have children taken from their home, there is due process that government agencies must abide by. These parents have rights that should be respected.

Likewise, those who are choosing to place a child for adoption have rights. They should be fully informed about the adoption process and should be offered counseling to address the possible short- and long-term impacts. As a matter of social justice, they should be treated as equals — they are still parents who made a plan for their children out of love. This is also the motivation for the adoptive parent(s).

That certainly doesn’t mean that we should hide or be ashamed of the fact that the child was adopted. Rather, it is something to be celebrated. However, those who are raising children they have adopted should be treated as equal to parents who are raising biological children. Remember, social justice has to do with a fair relationship between individuals and society. This should also be explored for the children who have been adopted.

3) Justice for the adopted child(ren). Children who have been adopted are not adopted by their own choice. Rather, they are adopted because of someone else’s choices. Sometimes those decisions are good (such as the birth mother who recognizes that she is not capable of adequately raising a child, even with significant assistance, and makes an adoption plan). Sometimes those decisions are poor (such as the birth parent who abuses or neglects a child and is not able to meet the requirements to improve his or her parenting skills or meet the needs of the child.)

Regardless, the child who is adopted should be treated like every other child — just as precious and just as wanted. These children should also be provided the opportunity to receive as much information about their backgrounds as is age appropriate, depending on their ability to process and cope with the information.

Additionally, they should be offered counseling if the need should arise. We should not talk about children who have been adopted, but rather to them. Their right to privacy should be respected not only by the helping professionals in their lives, but by everyone who knows about their story. This is a fair relationship between these individuals and society.

According to the American Academy of Child and Adolescent Psychiatry, approximately 120,000 children are adopted each year in the United States. Therefore, counselors are sure to encounter individuals who have placed their children for adoption, who have been adopted or who have adopted children in the past. It is important for counselors to understand each of these three components — these human beings — as we work with them. We can learn a lot about social justice by looking at their experiences.

A national certified counselor and licensed social worker, Laurel Shaler is an associate professor at Liberty University, where she serves as the director of the Master of Arts in professional counseling program. Additionally, she writes and speaks on the intersection of faith, culture and emotional well-being. She is the author of Reclaiming Sanity: Hope and Healing for Trauma, Stress and Overwhelming Life Events. Her next book, Relational Reset: Breaking the Habits that Hold You Back, will be released in 2019. Contact her at drlaurelshaler.com.