Superheroes have a profound influence on American culture. Recently, Marvel Comics’ Black Panther came to life on the movie screen. It appears the movie had a twofold impact.

First, it brought heroic life to a seemingly little-known character. Second, unlike most other big-screen superhero movies, Black Panther placed value on social consciousness, awareness, community, family and pride. It broke boundaries that went beyond simply box-office sales, introducing a male of presumably African descent as the superhero. During the movie’s opening weekend, many news outlets showed young African American children wearing their dashikis as a symbol of pride in the African ancestry depicted in the movie.

Escaping to the imaginary worlds of our superheroes seemingly has therapeutic powers. Author and blogger Remez Sasson describes imagination as the mental ability to formulate an image that is not tangible through our five senses. For young children, an even deeper escape possibly occurs when watching these types of movies. The imagination is a powerful tool for children, as reported by Patti Teel in Pathways to Family Wellness magazine. When children imagine, they can visualize their heart’s desire, thus welcoming it into their reality.

The therapeutic power of imagination is also evident in various therapy practices, specifically play therapy. According to “Helping a Child Through Play Therapy” by Jane Framingham, adults mistakenly think that child’s play is solely for fun and games or to occupy time. Unbeknownst to these adults, through creative and imaginative play, children are developing cognitively and emotionally while improving their self-worth, positive self-image, and communication and coping skills. For those reasons, play can be therapeutic in helping children overcome challenges that might inhibit developmental growth.

To tap into children’s imaginations and gain deeper understanding of their problems, play therapists are reaching beyond traditional play therapy tools such as sand trays, crayons, paints, animals, toys and dolls. Technology appears to have revolutionized the art of play therapy, thus making it easily accessible to counselors. This can be especially important for school counselors, who work in settings in which the counseling process is often limited because of the other administrative duties assigned to them.

Technology-based programs such as Marvel’s Superhero Avatar Creator and DC Super Friends Super Hero Creator represent the infusion of electronic media into play therapy. Based on “The iPad Playroom: A Therapeutic Technique” by Marilyn Snow and colleagues, the infusion of technology increases the imagination and creativity of the child by allowing the child to create media, pictures and other artwork while the therapist is present, either in conjunction with or separate from the therapist. For example, many applications are available to aid children in fueling their imaginations to create family dynamics or events through drawing and colors that possibly hold symbolism to their presenting problems. This invites the opportunity for metaphors to help solve real-world problems.

This method of integrating superheroes through a technology approach in play therapy potentially could be an ideal therapeutic method of working with children, especially African American males, in the school setting. It appears to offer a nonintrusive approach for getting students involved in counseling because it integrates technology and play without asking probing questions.

As former school counselors, we have been disturbed by the alarming rates of African American 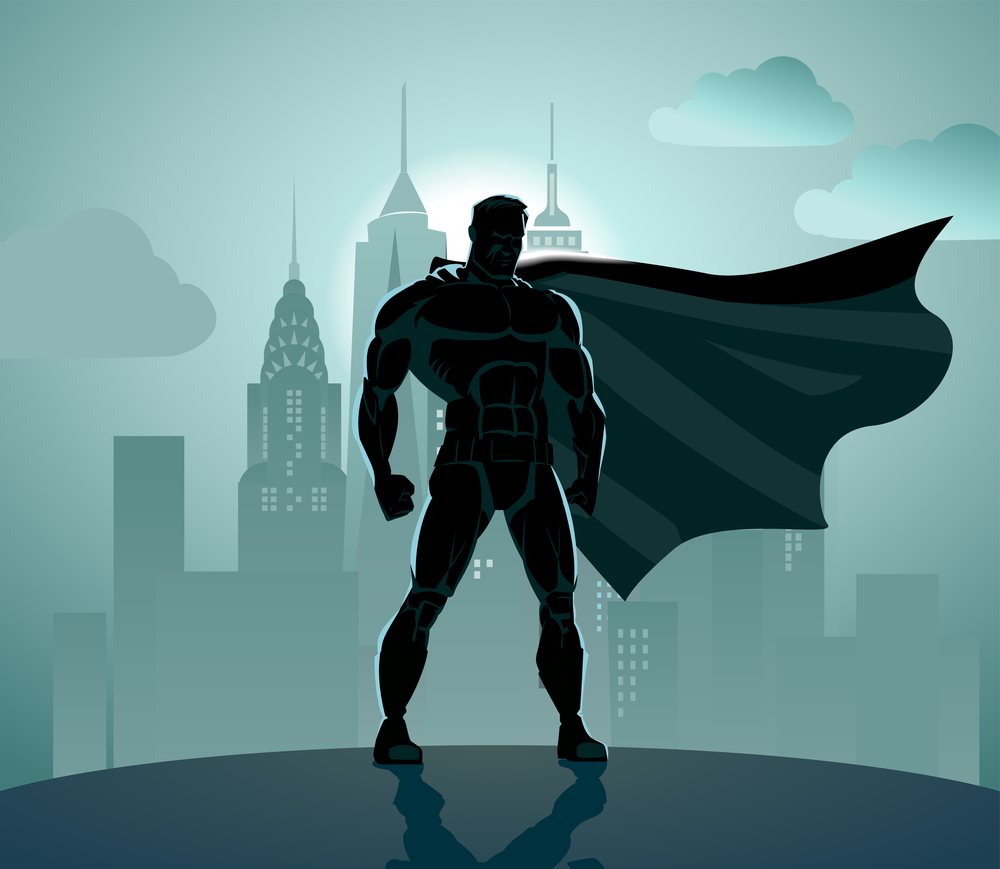 boys being suspended because of perceived aggressive behaviors. Through our lenses, we have seen many of these students struggling with low-self-esteem or low self-worth. Ironically, sometimes these issues are not apparent through traditional presentations such as withdrawing or isolating.

The adjustment between school and family cultures has proved problematic for African American males regarding understanding their importance and worth. This likely causes tension in the school setting, resulting in aggression. These adjustment issues, or inability to navigate from one situation to another, is better known as code-switching.

Eric Deggans, in “Learning How to Code-Switch: Humbling, But Necessary,” describes code-switching as beyond the exchange of two languages in a conversation. But in today’s diverse society, the term’s deeper meaning is shifting between different cultures to move through life’s conversations. Deggans, an African American man, implies that code-switching is an essential tool for African Americans to adjust culturally. Therefore, African American males are expected to recognize one set of rules in one setting and understand another set of rules in another setting while maintaining their identity.

Uses with a student

We have sought to address these adjustment issues with our African American male clients through the use of play therapy methods. Using the power of imagination in play therapy allows them to foster development and problem-solve issues that have been hindering their overall academic and emotional growth. In one case, Marvel’s Superhero Avatar Creator  was used with an African American male student who was having adjustment issues at school that produced aggressive behaviors both at school and at home. Although the nature of the school setting did not permit long-term therapy, this short-term approach showed significant positive results.

This student created a superhero avatar over the course of four sessions. During the creating phase, the student used his imagination to create a creature that had similar features and skin color to his own, thus solidifying the importance of identity and connection to the creature. Allowing the student autonomy in creating his creature aided in establishing the therapeutic relationship.

The student was able to arrange the way therapy was directed as the therapeutic relationship was established. Through the various stages of play therapy, from gaining insight to reorientation or reeducation, the therapeutic process became a playground in which the student could live out his imagination through his superhero in a way that was vivid and emotionally alive. This experience paved the way for deeper understanding of how the student perceived his school family in relation to his peers, faculty and staff, and his actual family. Through incorporation of a client-centered approach to play therapy, this student showed significant growth in his overall development and was thus able to transfer those skills (i.e., code-switching) between school and family relationships.

Once significant progress was made with the student, his parents were incorporated in one play therapy session. The student’s father decided to create a superhero avatar to bring life to his perceived role as the family protector. In retrospect, through this play therapy family activity, the father could see how his family viewed his role and their individual roles within the family.

The play therapy sessions, infused with the technology of creating superheroes, helped the student use his imagination to bring to life his own unique story and identity. In superhero stories, superheroes conquer their adversaries while overcoming their adversities. The ending of this student’s story depicted similar results.

This form of play therapy is a nonintrusive method that renders promising results by not asking direct questions, but rather allowing students to self-express through play. As such, we do not believe that the traditional mode of counseling would have achieved the same impact on this child’s growth and development. This lends support to the importance of expressive therapy for children, particularly African American boys. Expressive therapies can help children find their voices, especially through play-based techniques using superhero avatars.

Jetaun Bailey, a former school counselor, is a certified school counselor, a licensed professional counselor supervisor and an assistant professor at Alabama A&M University. Contact Jetaun at Jetaun.bailey@aamu.edu or baileyjetaun@hotmail.com.