National Football League (NFL) commentator John Madden famously crisscrossed the United States for years in a custom coach bus so that he could make it to games and other commitments without having to board a plane. The former head coach of the Oakland Raiders and Pro Football Hall of Famer’s aversion to flying also led him to decline the opportunity to call the NFL’s annual Pro Bowl in Hawaii.

Madden is hardly alone in his avoidance of air travel. Research indicates that up to 40 percent of the general population experiences flight-related anxiety.

One of the things that makes aviophobia, or fear of flying, so common is that the average person just doesn’t do it that often, says Stephnie Thomas, an American Counseling Association member and licensed clinical professional counselor at the Anxiety and Stress Disorders Institute of Maryland. 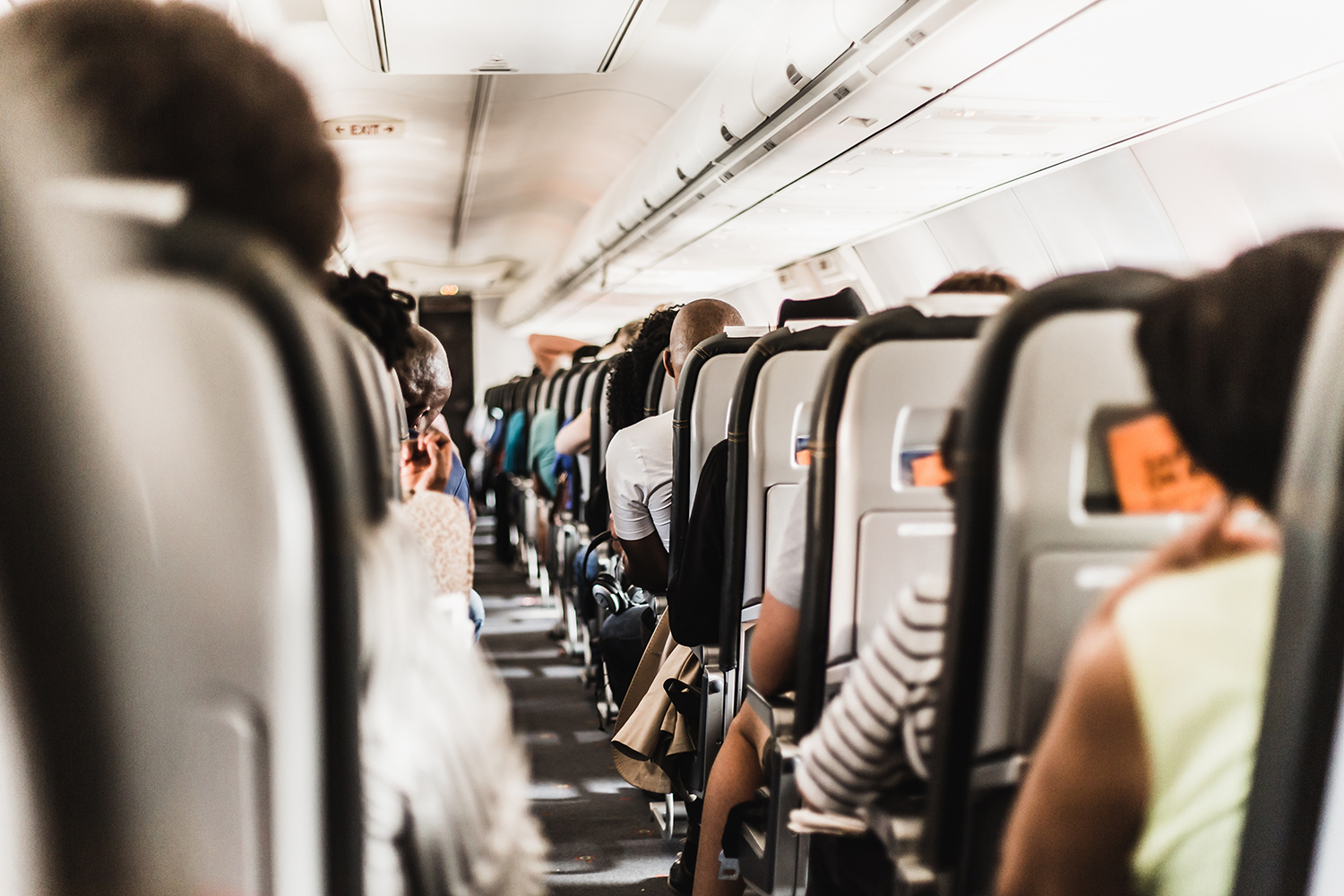 Assuring clients that a fear of flying is relatively common can lessen the sense of shame or embarrassment that they might feel about it, Thomas says. This plays an important first step in addressing the issue with a counselor.

“Sometimes the counselor may be the first person the client has ever revealed this ‘big secret’ to,” she says. That is especially true with male clients, she adds. “For some [clients], it’s been so long since they have flown that the plane has grown into a monster in their mind — more enclosed, larger and scarier than it actually is.”

For most people, Thomas says, the fear of flying is rooted in loss of control — of their surroundings, of navigation, of travel schedules and of their own bodies (some people experience panic-related symptoms such as heavy breathing, sweating or vomiting).

Thomas works with clients to find ways to tolerate the distress and anxiety they feel regarding air travel rather than trying to avoid or make those feelings disappear altogether. She explains that if they work through their anxiety, it will lessen naturally over time.

“The goal is not a reduction of their anxiety. The goal is to learn tolerance, which is really hard. I always tell clients that I wouldn’t wish this on my worst enemy,” says Thomas, who has a private counseling practice in Westminster, Maryland.

In Thomas’ experience, fear of flying is rarely a stand-alone issue. Careful assessment is essential with these clients, she stresses, because their phobia can be tied to other issues that need therapeutic attention, such as obsessive-compulsive disorder, panic attacks or posttraumatic stress disorder. It can also dovetail with other anxieties, such as a fear of enclosed spaces or germs — for example, obsessing over disinfecting their armrests and tray tables on the airplane.

“The clients who only have a fear of dying in a plane crash are few and far between, even though this is a common reason many give for avoiding flying,” Thomas says.

In her work at the Anxiety and Stress Disorders Institute of Maryland, Thomas flies with aviophobia clients as part of their therapy program. Boarding a plane, however, is a final step in a thorough process that begins with traditional talk therapy. She uses cognitive behavior therapy from an acceptance and commitment therapy perspective, in addition to exposure therapy and other techniques.

Lessening the anxiety symptoms that clients experience when flying is a byproduct of therapy, not a goal, Thomas emphasizes. She works with clients to accept the feelings that come with flying and to deflect catastrophic thoughts. It can also be helpful for clients to focus on their reasons for boarding an airplane.

“I ask, ‘Why is it important for you to do this? Let’s hold on to that value,’” says Thomas, a fellow of the Anxiety and Depression Association of America. “In order to get through to that outcome, we’ve got to go through this swamp of anxiety. We’re going toward that anxiety rather than running away from it.”

Some of Thomas’ clients want to overcome their aviophobia because they are required to fly for work and their career depends on it. For others, an airplane flight stands between them and a vacation that they’ve wanted to take for a long time, a family visit, a wedding or another important event. Thomas had one client whose dream was to go to Europe to visit the country of his ancestry. Eventually, he was able to make that flight and sent Thomas a postcard to commemorate the achievement.

A key aspect of overcoming aviophobia is breaking things into small pieces — both with the therapeutic preparation and with the coping mechanisms on the day of the flight, Thomas says. For instance, when clients are ready to fly, it can be helpful for them to focus only on the next bite-sized task: checking in, getting through security, finding their gate, etc. They aren’t allowed to worry about what happens in steps three or four while they’re still on step two, Thomas emphasizes.

To help her clients prepare, Thomas works with them to imagine, visualize and become accustomed to what getting on a plane involves. Videos on YouTube are one helpful tool. Thomas often watches footage taken midflight with clients so they can get used to the sights and sounds of an airplane. There is even a six-hour video on YouTube of an entire flight from the East Coast to the West Coast of the United States, Thomas says. One of her clients would put the video on his television at home, playing it in the background to expose himself to the idea of flying.

Thomas also assigns homework that will expose her aviophobia clients to some of the uncomfortable sensations they might experience on a flight. For example, individuals who don’t like feeling the G-force of takeoff could be tasked with going to a local amusement park to get more accustomed to the sensation. She would have them start with a smaller, more tame ride and work up to the bigger roller coasters, Thomas says.

For those who are afraid of being away from home, she might suggest that they ride the subway system around Washington, D.C., or take a small day trip, such as a bus trip to New York City. Similarly, those who are afraid of heights or small spaces can expose themselves, little by little, to diffuse the fear while they are close to home, such as going to the top of a tall building or riding an elevator.

When client anxiety spikes in therapy sessions, the first instinct of many well-meaning counselors may be to try to help clients calm down or make their symptoms go away. “Unfortunately, this sends a message that anxiety is a bad thing to be avoided instead of a normal physiological reaction to perceived danger,” Thomas says. “Instead, I encourage counselors to welcome anxiety in the office and encourage the client to be willing to sit with it and make room for the anxiety. I tell clients that without moderate anxiety, we would be an extinct species, because it has been advantageous for the humans to be anxious and avoid saber-toothed tigers, bears, lions, etc. The problem is not that we have anxiety. The problem is that in this modern world, there is rarely an opportunity to be faced with real dangers, so for those of us who are blessed with a strong alert system, the system gives us a lot of false alarms.”

Thomas also works with clients to internalize the concept that although flying is a risk, it is an acceptable risk. Her clients often create notecards reminding them of this and bring the cards with them when they fly.

“Being anxious [on a flight] only means that your body is paying attention. Is this discomfort, or are you actually in danger?” Thomas asks. “I tell them, ‘When the wings fall off the plane, only then are you allowed to panic.’”

She often repeats a saying from psychologist David Carbonell, author of the Fear of Flying Workbook: Overcome Your Anticipatory Anxiety and Develop Skills for Flying With Confidence: “As an airline passenger, your only job is to be breathing baggage.” You simply have to stay in one place and be transported from point A to point B, she says. 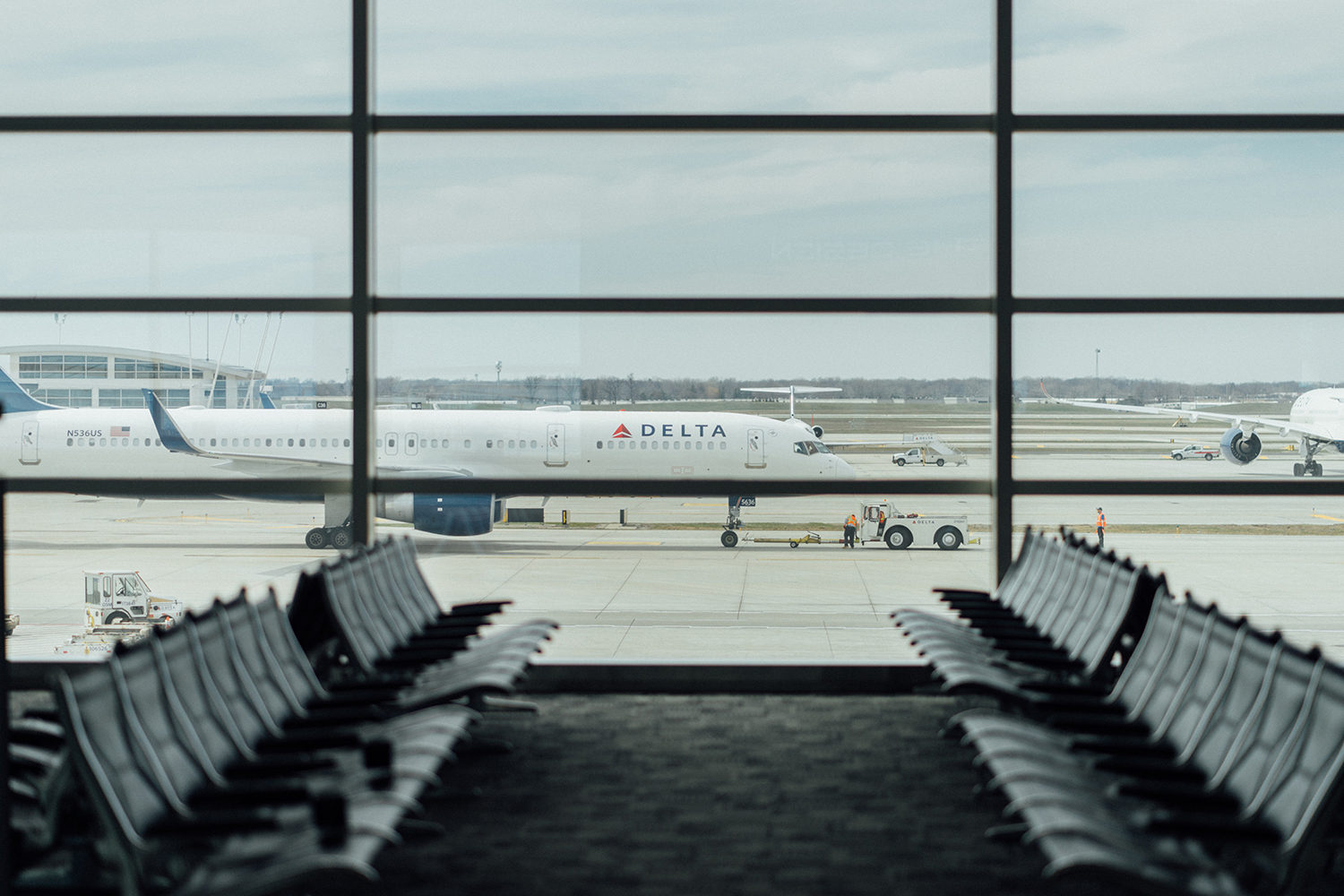 “Since loss of control is the underlying fear for most clients, this is a tough idea,” Thomas adds.

After years of specializing in this area, Thomas has developed a relationship with representatives of Southwest Airlines at the nearby Baltimore/Washington International Airport. Occasionally, she coordinates with the airline to bring groups of clients to the airport to sit in an unused airplane, talk with airline employees and try out a mock boarding process. She has also organized events at her office at which Southwest pilots or employees come to speak and answer questions.

Thomas doesn’t require her aviophobia clients to take a flight with her. But many find it helpful to have her accompany them as they take a first “practice” flight after seeking therapy.

Once a client is ready, they schedule a flight together that leaves and returns to the Baltimore airport in the same day. They choose destinations roughly a one-hour flight away that feature something fun and relaxing to do, such as the museum at the Rhode Island School of Design in Providence or the Rock & Roll Hall of Fame in Cleveland.

After completing that first flight with Thomas, she advises them to book or start planning their next flight right away — this time on their own or with loved ones. The desired treatment outcome, she says, is for clients to be able to fly regularly and to tolerate the uncomfortable feelings that may come with that experience.

1) Flying is an acceptable risk. Remember that the statistics are in your favor.

5) Notice when you add a second fear.

6) Be willing to accept panic when it happens.

7) Practice allowing your physiological symptoms to get stronger.

8) Mindfully let yourself be in the plane (or wherever you are physically located).

9) Practice relaxation and mindfulness coping skills before you fly.

10) Remind yourself: “It took time to get this way; it will take time to recover.”

11) Tell yourself: “Each time I take a practice flight, I can learn that I can see it through by accepting the anxiety.”

12) Book your next flight before the practice flight is completed.

Bethany Bray is a staff writer and social media coordinator for Counseling Today. Contact her at bbray@counseling.org.