Parents are advised to keep the child-parent relationship as normal as possible:

Although this guidance seems relatively straightforward, it is difficult for many parents to follow. Why is this? Is it simply unreasonable to hope for wise parenting when anger is running high and hurt is running deep?

To understand how a counselor might help a parent follow divorce advice, let’s first explore the context in which many parents speak poorly about their former spouse with their child.

The background for badmouth

One common scenario that leads parents to dismiss divorce advice is when one parent becomes convinced that he or she is on the losing end of the divorce. They have lost friendships and are spending more time alone. The house feels empty.

With this loneliness settling in, eventually the parent is faced with a tempting situation when the child shares feelings of frustration or sadness about the other parent. In many cases, the parent mistakes the child’s complaint as validation for his or her own grievances. In the marriage, they have been on the receiving end of their former spouse’s dysfunctional behavior, and now the parent suspects those same dysfunctional behavior patterns are harming their child. The parent seizes the opportunity to teach the child about how the second parent operates. They convince themselves that they have to share their own experiences to support the child, but in reality, it has become an opening to express their own feelings of hurt. It is catharsis, but camouflaged as compassion for the child.

A second scenario that leads to dismissing divorce advice occurs when a parent suspects that his or her child is aligning against them with the second parent. They start to hear the words of their former spouse spoken through the mouth of the child. The parent believes they are being disparaged and that this is shaping the child’s view regarding who is at fault for the divorce. The parent has tried to take the high road, but the former spouse has taken the low road, and now their relationship with their child is suffering as a result.

This can lead the parent to feeling wronged again by their former partner, and they decide that they need to clear their name in the eyes of their child. They proceed to share their version of the divorce because they think they need to provide a balanced perspective. Unfortunately, this often sets off an escalating arms race between the two parents to compete for the heart and mind of their child.

With these scenarios in mind, how can a counselor help hurting parents to help their hurting child? What new understanding can parents gain that might reduce the likelihood of them oversharing with the child?

In the first scenario, the parent speaks poorly about their former spouse because they mistake their child’s grievances for their own. In this case, it can be helpful for parents to learn that sometimes children overstate their concern about their second parent in an attempt to help the grieving parent.

In the child healer dynamic, the child notices that his or her parent is in pain. By exaggerating their complaints about the second parent, the child opens the door to allow the grieving parent to emote. The child creates a conversation to say to the isolated parent, “You’re not alone.” The hurting parent thinks that he or she is healing the wounds of the child by sharing their own experiences about the former spouse, but they have it backward; instead, it is the child who is attempting to heal the wounds of the hurting parent.

By inflating their concerns about their second parent, the child reassures the isolated parent that their bond is special, and this reduces the parent’s fear of losing the child to their former spouse. For the child, this has simply become a strategy to calm the parent’s anxiety and to create stability in the home.

How can counselors help parents interact with their child in moments when the child healer dynamic might be present? When the child is sharing difficult feelings about the other parent, how can parents be helpful without falling into the child’s attempt to help them?

One way to help parents is to teach them how to empathize with the emotions of their child without validating the child’s interpretation of the second parent’s motivations. Although it can be helpful for the parent to tend to the child’s emotional experience, this doesn’t require the parent to explain their own experiences with the former spouse. The parent can learn to validate the difficulty of the child’s feelings without speculating about the intentions of the former spouse. The parent can say, “It’s really hard to feel as angry as you do” without saying, “I experienced that same selfishness, and it made me angry too.”

By attending to the emotions of the child without confirming the child’s interpretation of the second parent’s motivations, the first parent avoids falling into the child healer dynamic. By refraining from sharing his or her own experiences about the former spouse, the parent keeps the focus on the emotions of the child. And in cases in which the child is expressing sincere concerns about the second parent, the first parent is still able to effectively empathize with the child’s feelings.

In the second scenario, the parent doesn’t bite their tongue because they think they need to set the record straight. The former spouse is speaking poorly about them, and they think the relationship with their child is suffering as a result. The parent overshares because they want to provide a balanced perspective for the child. Essentially, the parent wants to clear his or her name. 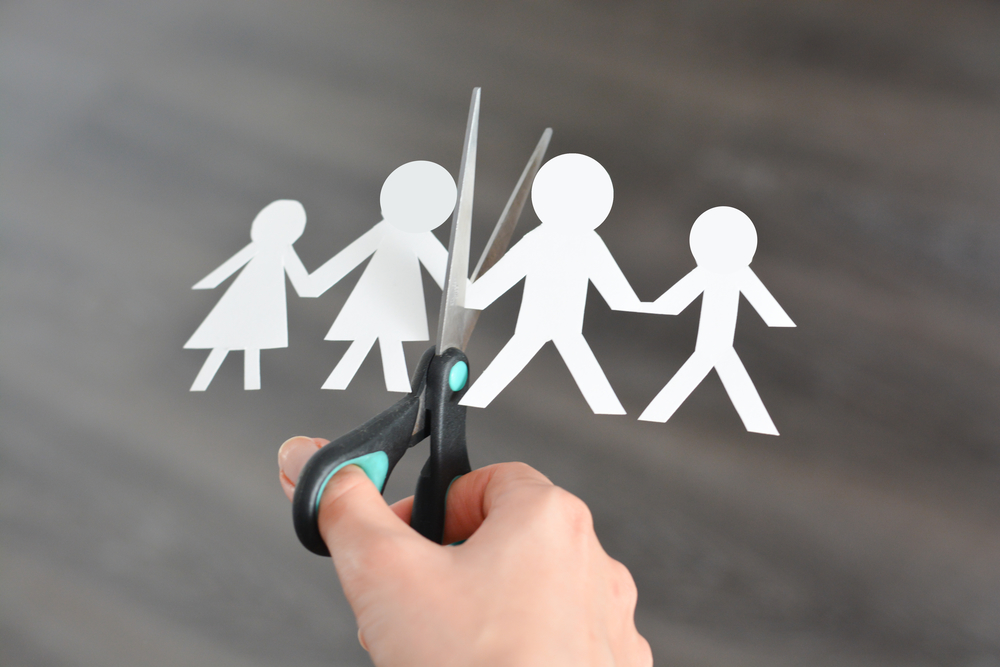 first parent, and sometimes they swing toward the second parent. The question then becomes how a parent should respond when the child is swinging away from them so that when the child is ready, he or she feels comfortable to swing back.

It is helpful to remind parents who feel distant from their child that trying to clear their name won’t increase the odds of the child swinging back to them. Parents hope that setting the record straight will return their child back into their arms, but this strategy is rarely effective. Instead, it often backfires because the child thinks that in order to swing back, he or she will have to agree with that parent’s version of the divorce. Or at least the child will have to lie and pretend to agree. This makes swinging back more complicated.

When parents don’t feel that the relationship with their child has to be perfect in the present, they realize that nothing needs to be desperately forced. If normal periods of emotional distance are expected and accepted, this can remove pressure from the interactions that parents have with the child, and this mindset can create more room for calm parenting. As a result, a less complicated relationship with the child can emerge, increasing the child’s comfort in swinging back into the relationship.

Going through a divorce can be one of the greatest challenges of a lifetime, and it’s made even harder when a child is involved. It is not realistic to expect that parents will hold their tongue every time they should, but perhaps teaching parents about the dynamics of divorce will create a moment of hesitation where once there was only the urge to overshare. In this window of hesitation, there might be enough room for parental wisdom to grow. Hopefully this new wisdom will contribute to the healing of divorced parents and the healing of their children.

David L. Prucha is an adjunct professor of counseling psychology at Johnson and Wales University in Denver. He is also a licensed professional counselor who maintains an independent practice that specializes in depressive disorders, anxiety disorders, and trauma and stressor-related disorders. Contact him at contact@pruchacounseling.com.

More from this author, from the Counseling Today archives: The wise support system in domestic violence rescue efforts