When Europeans first made contact with the indigenous peoples of the Americas, a path toward Eurocentrism was set in the Western Hemisphere. In the years since the conquest and colonization of North America and the establishment of the United States, the cultural values and social policies of this country have favored people of Western European heritage.

Although the sociopolitical and cultural superiority of Europeans validates the experience of white Americans, these edicts render Latinx communities marginalized or invisible. What is worse, people of Latinx descent might come to accept the superiority of the white population. When this occurs, a person is said to have internalized racism.

In the 2006 article “Naming racism: A conceptual look at internalized racism in U.S. schools,” Lindsay Pérez Huber, Robin N. Johnson and Rita Kohli defined internalized racism as “the conscious and unconscious acceptance of a racial hierarchy in which whites are consistently ranked above People of Color. … It is the internalization of the beliefs, values and worldviews inherent in white supremacy.”

Internalized racism is thought to have negative physical and psychological consequences for people of color. Even so, the bulk of the research on internalized racism has focused on communities of African descent. Most of this research can be credited to Jerome Taylor, as either he conducted these studies or other researchers used his survey instrument, the Nadanolitization scale, to assess internalized racism.

Although it appears that internalized racism has a negative impact on communities of color, we do not know why racism gets internalized. Two prominent theories are that 1) exposure to racism leads to its internalization and 2) acculturation to a racist society leads to the internalization of racist values. The exposure to racism hypothesis is largely grounded in social conditioning, in which repeated exposure to racism ultimately leads an individual to accept racist notions as truth. The acculturation hypothesis argues that by adopting the values of a racist society, the individual must accept racist notions in conjunction.

Given the limited research on internalized racism in Latinx communities and the desire to better understand why racism is internalized, I undertook a study guided by two research questions:

1) Does exposure to racism predict the internalization of racism in Latinx undergraduates?

2) Does acculturation to U.S. society predict the internalization of racism in Latinx undergraduates?

(A quick note on usage of the word Latinx. Spanish is a gendered language with masculine and feminine pronouns; some readers might be more familiar with the usage of Latina and Latino, for example. To break from these gendered conventions and to be more inclusive of folks who do not identify strictly with one gender, scholars and activists have called for the usage of Latinx.)

Participants completed an online survey consisting of the Everyday Discrimination Scale (EDS), the Abbreviated Multidimensional Acculturation Scale (AMAS) and the Mochihua Tepehuani scale. Furthermore, I used hierarchical linear regression in an attempt to answer my research questions regarding the cause of internalized racism. The Mochihua Tepehuani, a revised version of the Nadanolitization scale adapted to assess internalized racism in Latinx communities, acted as the criterion variable in the analysis. The EDS assessed exposure to racial discrimination. The AMAS was used to assess participants’ degree of acculturation to U.S. culture and values. Both exposure to racism and acculturation acted as predictor variables in this study.

Through hierarchical linear regression, I was able to assess the strength of the overall model with both exposure to racism and acculturation acting as predictors of internalized racism and the individual impact of the two predictor variables. Although the overall model was statistically significant, the amount of variance accounted for by this model was slight (R2 = .06, p < .001). This means that the relationship between the predictor and criterion variables is not likely due to chance, but that the predictive power of combined variables is small. Individually, exposure to racism (β = .14, p < .05) and acculturation (β = .20, p < .001) were significant predictors. In this case, a one standardized point change in exposure to racism or acculturation produced a .14 or .20 standardized point change, respectively, in the internalized racism scores of participants.

Based on these results, it appears that both research questions can be answered in the affirmative: Both exposure to racism and acculturation to U.S. society predict internalized racism in Latinx undergraduate students. 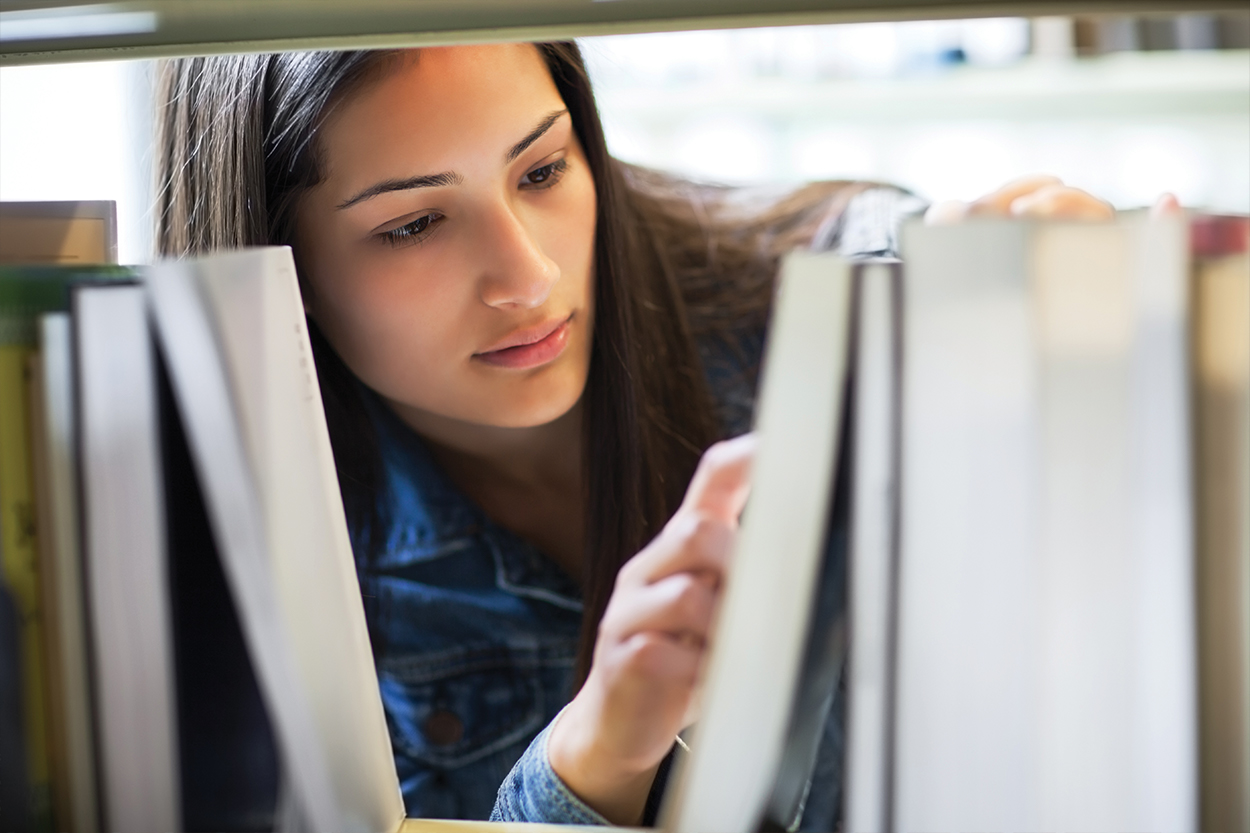 To intervene in the internalization of racism, counselors are encouraged to help Latinx undergraduates talk through instances of discrimination. This begins with validating students’ perceptions that they have experienced racism. The challenge with processing incidences of discrimination is that racism can be subtle and subjective — as in the case of microaggressions. This inability to objectively say that a racist incident has occurred might lead some individuals to dismiss or downplay the incident.

Recently, I was working with a university student who shared a story of experiencing discrimination on campus. The student, uncertain of how to make sense of the event, shared her experience with a good friend, who immediately told her she was making a big deal out of nothing. After talking through these events with me, the student came to the realization that her friend’s reaction was more hurtful than the original discriminatory event had been. When processing an incidence of racism, it is important to remember that the perception of the event can be more important than the facts of the event. Therefore, a microaggression might not be a big deal for me as a Chicano counselor who has dealt with racism all of my life, but it could be a huge deal for a student who is experiencing racism for the first time. As such, we should take time to validate the perceptions of the student.

Another strategy I have found useful in helping Latinx undergraduates process incidences of discrimination is to examine the source of racist notions. Beverly Tatum (in her classic text Why Are All the Black Kids Sitting Together in the Cafeteria?) explained that biased thoughts are a product of limited information. From this perspective, bias is a product of the perpetrator’s ignorance; the person possesses limited information about the Latinx community and has made a gross generalization.

After talking through a student’s emotions surrounding an incident of discrimination, I will introduce Tatum’s perception of bias. My hope is for the student to realize that racism is not the student’s fault. It is not a reflection of the student’s culture or heritage, but instead is the product of a biased perpetrator and a racist society. This typically alleviates some of the student’s stress and allows the student to see the interaction in a new light.

The melting pot and other assimilationist notions can be viewed as an American ideal. Assimilation tends to gain popularity in communities of color during periods of heightened racism. Since the presidential election of 2016, Latinx communities have faced an onslaught of racist depictions by politicians and media outlets. This is especially true of the Mexican community, whose members have been described as drug dealers, rapists and murderers by President Donald Trump.

In an attempt to avoid racism and discrimination, Latinx parents might try to expedite assimilation in their children by promoting the adoption of traditional American cultural values and the abandonment of Latinx values. The belief is that Americanization will enable Latinx youth to pass as Americans and avoid racism. Alas, the promotion of assimilation leads to the portrayal of American culture as being superior to Latinx culture — the very definition of internalized racism described earlier.

Unfortunately, some Latinx individuals are overdetermined by their physical features; dark-skinned folks such as myself can never pass as Euro American. Regardless of attempts to assimilate, we will always be recognized for our cultural heritage. As such, an assimilationist upbringing can backfire if Latinx students experience rejection from their white peers for being too brown. These same students can then also be excluded by their Latinx peers for not being Latinx enough. In part for this reason, I encourage counselors to help Latinx families take a strength-based perspective on their cultural heritage and to look to biculturalism over assimilation.

Fortunately, higher education scholars such as Sylvia Hurtado have recognized the flaws in Tinto’s early work and promoted models of student engagement that recognize the positive influence of cultural heritage, family and community. Furthermore, Hurtado and her colleagues have argued that assimilationist models do not accurately account for the success and persistence of students of color in higher education.

Based on the work of Hurtado, a multidimensional approach might be better for promoting the success of Latinx undergraduates and avoiding the internalization of racism. In a multidimensional approach, Latinx students are encouraged to retain their ethnic culture, remain engaged with cultural support systems and view culture as a resource in promoting their academic success. Similarly, undergraduates learn about the culture of their institution and the skills necessary for them to successfully navigate higher education. A significant body of research supports this multidimensional approach, but for this perspective to be successful, higher education personnel must recognize the value of traditional support systems.

A first step toward this is helping Latinx students recognize the value of their culture and heritage. This can include promotion of Latinx ethnic identity, such as exploring what it personally means to be Latinx and building connections with other Latinx students, for example. Positive Latinx ethnic identity is linked to increased persistence in higher education and higher GPA and might also block the internalization of racism.

Second, institutions of higher education can also work to affirm Latinx culture on campus. This includes holding cultural celebrations; recognizing the achievements of Latinx students, staff, faculty and community members; and providing space for Latinx students to study and socialize.

These combined interventions signal to Latinx students that their culture and community are of value, reducing the perceived superiority of whiteness and, subsequently, blocking the internalization of racism.

Carlos P. Hipolito-Delgado is associate professor in counseling at the University of Colorado Denver. He researches the ethnic identity development of Chicanas/os and Latinas/os, the effects of internalized racism on students of color, the sociopolitical development of students of color and how to improve the cultural competence of counselors. He currently serves as the Association for Multicultural Counseling and Development representative on the ACA Governing Council and is the past chair of the ACA Foundation. Contact him at carlos.hipolito@ucdenver.edu or on Twitter @DrCarlosHD.