Mental health care availability and access vary tremendously depending on where you live in the United States. In Massachusetts, for example, there is one mental health care provider for every 180 residents. That ratio is far different in Texas and Alabama, however, where there are more than 1,000 residents for every one provider.

Although Oregon was near the top of MHA’s list for mental health care availability, it also ranked highest for prevalence of mental illness among adults. Nationwide, 18.07 percent of adults – or more than 44 million people – have a mental illness, defined as “a diagnosable mental, behavioral or emotional disorder, other than a developmental or substance use disorder.” 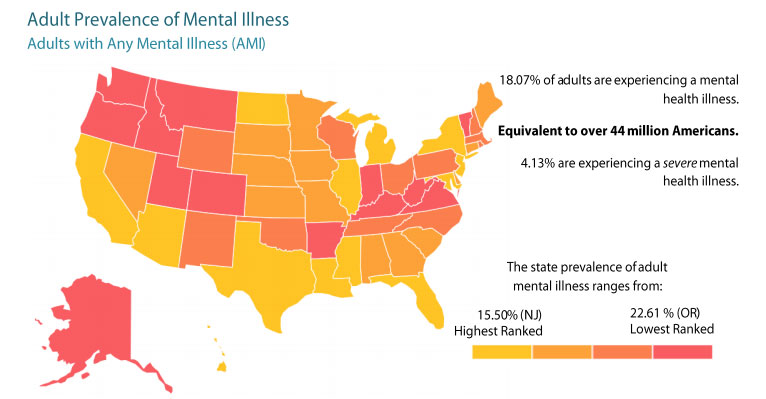 MHA, a Virginia-based nonprofit advocacy organization, compiles a report titled The State of Mental Health in America each year from nationwide survey data, including information from the Substance Abuse and Mental Health Services Administration and the Centers for Disease Control and Prevention. Released this fall, MHA’s current report includes statistics on access to mental health care, uninsured citizens, rates of substance abuse, suicide indicators, youth depression and other factors. 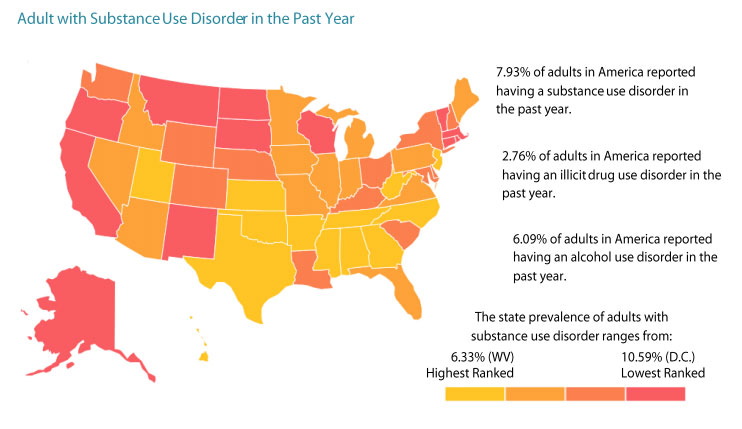 When it comes to mental health, how does your state stack up?

View the full report and state rankings at mentalhealthamerica.net 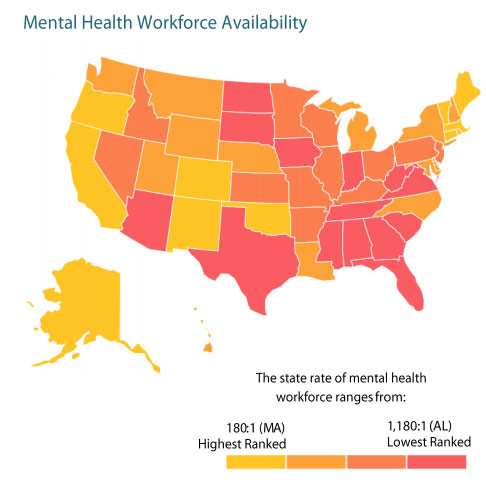