The little girl sitting next to me was no more than 5. Her bony little body was draped in clothes that appeared to have been worn for several days. Unmistakably Apache, she looked up at me and smiled from her seat on the school bus in which we were riding. As is sadly common among children on the sprawling Apache reservation in Arizona, her teeth were rotted off at the gum line.

“Does your daddy hurt you?” she asked me matter-of-factly. After four years of working with these children, I was still shocked at how rampant the ills of society were among these populations. Child abuse, suicide, domestic violence, addiction, unemployment, substandard education, truancy/dropout and, yes, poor dental hygiene are just a few of the problems that are so disproportionately part of the experience of Native Americans who live on reservations.

In traveling the world, I have encountered cultures so vastly different from my own that it is hard to describe them to my friends and family members. You don’t have to leave the United States to have that experience, however. My heart breaks for the lovely people I have met — Apache, Hopi, Navajo — on reservations located within our borders.

Native Americans on reservations are among three groups that I will be addressing in a series of monthly columns on “invisible people.” One or more of these groups may be within walking distance of our counseling offices without our even knowing it.

I live in Georgia, the home of the Cherokee Nation, but many in our state have no idea that the Cherokee people are here. They know the Cherokee only from movies or perhaps because they have seen someone on the roadside in the north Georgia mountains dressed in traditional clothing and offering to pose for a photograph with tourists who are willing to pay a few dollars.

Sadly, the mention of “Cherokee Nation” likely causes many people to think of a sports mascot and not the literal nation of the Cherokee. I sometimes wonder if the average person realizes how many of our states, roads, rivers, cities and towns are named after one tribe or another or are otherwise derived from Native American words. Yet the heritage of these people gets lost in the blur of movie stereotypes, school mascots and advertising caricatures. It’s heartbreaking.

Do you know the difference between a Seminole and a Blackfoot, an Apache and a Hopi, or a Cheyenne and a Tonkawa? Did you even know that the Karuk, Wichita, Koi and Kaw are tribes? Seeing all Native Americans as the same is as insulting as assuming that all Spanish speakers are from Mexico. 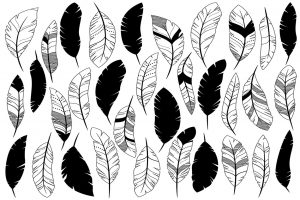 Misunderstandings abound. For example, for some tribes, feathers are indeed a part of the honor of a headdress. What you probably don’t know is that many tribes would never use a feather as decoration because it is part of what is dead, and that is sacred — not to be worn as jewelry or adornment.

It is next to impossible for tribes to perpetuate their traditions, religions, languages and cultural values as a subset of mainstream American culture. So, they are relegated either to abandoning these things or to moving onto a reservation, where life options for themselves and their children are significantly limited. What a bitter choice to make.

But even in 2019, in a culture in which we have removed cartoons such as the “Frito Bandito” from advertising, some Native Americans are still forced to look at caricatures of themselves in sports team mascots and advertising. If you think that I’m being overly dramatic, watch the documentary In Whose Honor. Only a cold-hearted viewer would not be moved.

I worked for years with Apache and Navajo parents, teens and children on a reservation, but in general, most of them never grew to trust me. I was a white man, so there was no reasonable cause for them to trust me. As we have all been taught in other arenas, distrust is to be expected when you represent the population in power. I have found that it is sometimes easier these days to practice with other minority groups, but not so much with Native Americans.

Unless you have gone out of your way to learn about Native Americans, my guess is that this article has opened some eyes. We pride ourselves on cultural diversity as counselors, but I’m not confident that the blinders we wear allow us to really see how much we don’t see — at least when it comes to the three groups of “invisible people” I am addressing in this series. I hope this first column on invisible people will open counselors’ eyes to what we might be missing.