According to The Guardian, in 2017, the number of people forced to flee their homes rose to a record high of 16.2 million. In recent years, individuals migrating from authoritarian countries has mainly been motivated by political instability. These countries are often structured in ways that allow the government to hold a majority of the power, while their citizens have restricted political freedoms.

Although there are many such countries, the failed coup attempt on July 15, 2016, in Turkey illustrates a worrisome example of deteriorating stability in a country that just a few years prior was being promoted as a model of democracy. The failed coup resulted in many academics, doctors, teachers and journalists becoming targets of persecution in their home country. Many of them fled to survive or to seek better lives, and in the process, they experienced extremely stressful events — e.g., losing their jobs, lost socioeconomic status — because of political oppression.

It is important to acknowledge the deep need these individuals have for freedom of thought and speech, especially knowing that they come out of a culture of silence and fear. As professional counselors, however, we have a natural tendency to avoid talking about political issues in our practices. We need to become aware that refugees who discuss these issues are not often looking to engage in a political debate; rather, they want to have their words and thoughts validated in a safe space.

Given that the lives of many refugees are complicated by the political turmoil in their home countries, avoiding political conversation with them in counseling would not seem to be genuine or authentic practice. In fact, allowing them to discuss how they have been affected by those political factors can offer a deeper understanding of their presenting problems.

As Elie Wiesel, the Romanian-born Jewish writer who eventually became a U.S. citizen, once stated, “Wherever men and women are persecuted because of their race, religion or political views, that place must — at that moment — become the center of the universe.” Thus, as counselors, we should understand that these struggles are a significant part of refugees’ lives and should be given the attention and respect they deserve.

Why this topic matters to Cebrail

While completing my internship at one of the largest public universities in the eastern part of Turkey, I encountered a client of Kurdish descent. In our first session, this client identified her issues with experiencing political oppression on campus and with being Kurdish in Turkey, especially given the oppressive political climate that continues even today.

My internship supervisor advised me to discontinue our session when this topic was broached, because at that time, it was considered unwise to discuss such political matters with a client in such an environment where some tension has always been apparent regarding Kurdish issues. Reflecting on this now, I realize that my supervisor was only trying to protect me. However, this was also the first time I began questioning the idea that discussing politics in session should be taboo.

As a counselor educator, I am now in a unique position to witness the power of practicing freedom of speech on campus here in the United States. As a professional counselor and educator who comes from Turkey, I am often invited to speak on topics such as diversity and counseling in Turkey, either through panel discussions or in classes.

Not so long ago, a colleague at Pittsburg State University in Kansas requested that I speak to a class about the political climate and turmoil in Turkey, in hopes that it would raise awareness about what has been occurring there. Once again, I was faced with the tension of engaging in a political discussion, but this time with future professionals. This created some inner conflict for me. Many academics in Turkey were dismissed from their jobs for injudicious reasons, such as suspicion of involvement in the coup, suspicion of association with a particular organization, or for being outspoken in criticizing the government. Yet, here I was, about to discuss these very matters in an academic setting.

As Elif Shafak, a Turkish-British novelist, once stated, “You do not have the luxury of being apolitical if you are from wobbly or wounded democracies.” Although I usually discuss such political issues privately, I have come to realize how difficult it is not to share these matters with peers and students in academic settings. In my experiences, many Turkish refugees are very occupied with wanting to discuss previous and current political issues in their home country because of their deep and unmet need for freedom of thought and speech. This suggests to me that our counseling clients who have already experienced many stressful events because of political oppression need to be given a real opportunity to tell their stories in full without being judged.

In recent years, one of the main reasons that Turkish refugees have been coming to the U.S. is because of the political instability in Turkey. As I have been helping some of them personally and professionally, it has become evident to me that political factors are always the center of discussions. Because most of their presenting problems are a result of their stressful experiences with political oppression back home, it made me question once again whether counseling can provide that safe space for them to practice free speech, express their struggles and have their unique stories validated. How can discussing political issues be taboo when most of their problems come from political oppression?

Why this topic matters to Donna

As a graduate student in the clinical psychology program at Pittsburg State University, I have been taught on several occasions to avoid discussing political or religious beliefs in session when possible because this can lead to issues of bias and an inability to remain objective. However, in my class on diversity that is required by the program, I experienced another perspective. We were taught that if you are working with a client who is seeking services due to political or religious persecution, you need to be ready and willing to see from the client’s viewpoint. This is especially true in the case of immigrants and refugees.

I was fortunate to be present for the class mentioned by Dr. Karayigit, and I learned a great deal from what he described in his discussion. It opened my eyes further to the possibility that clients I counsel may be experiencing similar distress, and I want to be as prepared as possible for those sessions.

In my current position as a case manager, I work with a diverse population. This often requires me to consider political or religious beliefs in terms of the reason the treatment has been sought and what I work on with a client. I have encountered political and religious beliefs both similar to and opposite from my own. This has not limited my ability to engage in discussions about either with my client, nor has it discouraged me from doing so. Rather, I consider it an opportunity to truly learn about my clients’ stories and how these topics have impacted their lives.

I think the persecution and conflict that clients have experienced due to their political or religious beliefs should be factored in to treatment because these events are a significant part of their stories. It is important to recognize that our clients are human beings, which means that we have to be willing to explore the topics that matter most to them — regardless of our own beliefs.

Why this subject is especially relevant

In today’s world, counseling requires an increasingly greater focus on immigrant populations. With refugees constituting an important part of this population, it is important to understand that their distress is often a result of their experiences with political oppression and a lack of freedom of expression. 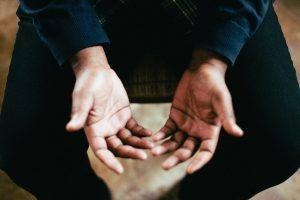 Working as professional counselors in any capacity, we follow the ACA Code of Ethics, and we are expected to provide the best possible service to our clients. While we have an ethical responsibility to not impose our personal beliefs and values on our clients, we also need to create a safe atmosphere in which our clients can practice free speech and expression of their own beliefs and values. In that case, wouldn’t dismissing the subject of politics in session — especially if it is a significant part of the client’s story — be more harmful? Is it not exacerbating the hardship the client is already experiencing if the client is an immigrant or refugee?

That’s why we believe that allowing clients to express their feelings and thoughts about political factors in a safe, judgment-free space is crucial to remaining authentic and genuine in the service we provide as counselors. To work with this population more effectively, it is important to understand that discussing political issues with these clients can have a positive impact in their lives.

Strategies and implications for professional counselors

Although the counseling profession puts a strong emphasis on multicultural awareness and competence, political factors are not typically discussed in counseling sessions. This might be because clients are unsure about the appropriateness of discussing political factors, especially if they are coming from a culture of silence and fear. That’s why, when working with such clients, it is essential to understand their experiences with oppression.

Another barrier to the discussion of political factors is the counselor’s lack of understanding and knowledge regarding the political stance in the client’s home country. When counselors do not have enough information and understanding of different political structures as a whole, it will prevent them from entering the world of the client openly. Having or acquiring this basic understanding is a very important step in communicating with clients whose primary issues stem from a country’s political state. If counselors can provide an atmosphere for clients to openly discuss their experiences, clients will be able to practice freedom of thought and expression. Having such an open dialogue will reinforce these clients’ abilities to engage in freedom of expression.

Following is a composite of suggestions to work more effectively with refugees who have experienced political oppression:

Cebrail Karayigit is an assistant professor in the Department of Psychology and Counseling at Pittsburg State University. He is currently teaching graduate and undergraduate psychology and counseling courses, and supervising practicum/internship students in the school counseling program. Contact him at ckarayigit@pittstate.edu.

Donna M. Nesbitt is a graduate student in the clinical psychology program at Pittsburg State University. She is currently working as a clinical case manager.