In the 1980s, the head of the department of corrections in my home state removed the exercise equipment from the state prisons. “They aren’t here on holiday,” he proclaimed in his no-nonsense tone.

I remember feeling a sense satisfaction at those words. “Yeah!” I thought to myself. “They deserve to be miserable. It’s prison, not a health club.”

In the years since, I’ve been inside prisons many times in the course of my work, and I now realize how thoughtless I was. Beyond my work, I have visited prison most often to see a friend. His incarceration was an experience that taught me the most about this invisible population.

Any politician running on a platform of prison reform would risk the accusation of being soft on crime. Although chain gangs and hard labor camps are, thankfully, part of history, for the most part, people don’t really care about what happens to prisoners. Like Native Americans (see the first article in my three-part series on “invisible people”), prisoners are often simply ignored.

In my experience as an investigator, a friend and a counselor of prisoners, most prisoners want to mind their own business, serve their time and get on with their lives following release. Many of these individuals are good men and women who readily admit their mistakes and are trying to put their lives back together.

I once wrote a similar thought in a newspaper column and received angry responses from readers. “My mother was killed. … Prisoners should be punished.” You get the idea.

I am not denying that there are some very bad people in prison. In fact, whenever I leave a prison, I’m glad that those iron doors lock behind me. Certain people need to be there, and they need to be there for a very long time. But just as there are many people in the general population who should be in prison — they just haven’t been caught yet — there are many individuals in prison who are very good people. Many of the men I’ve counseled could have been let out the front doors at any point and the community wouldn’t have been in any greater jeopardy whatsoever. People make mistakes, and sometimes those mistakes land people in the judicial system. 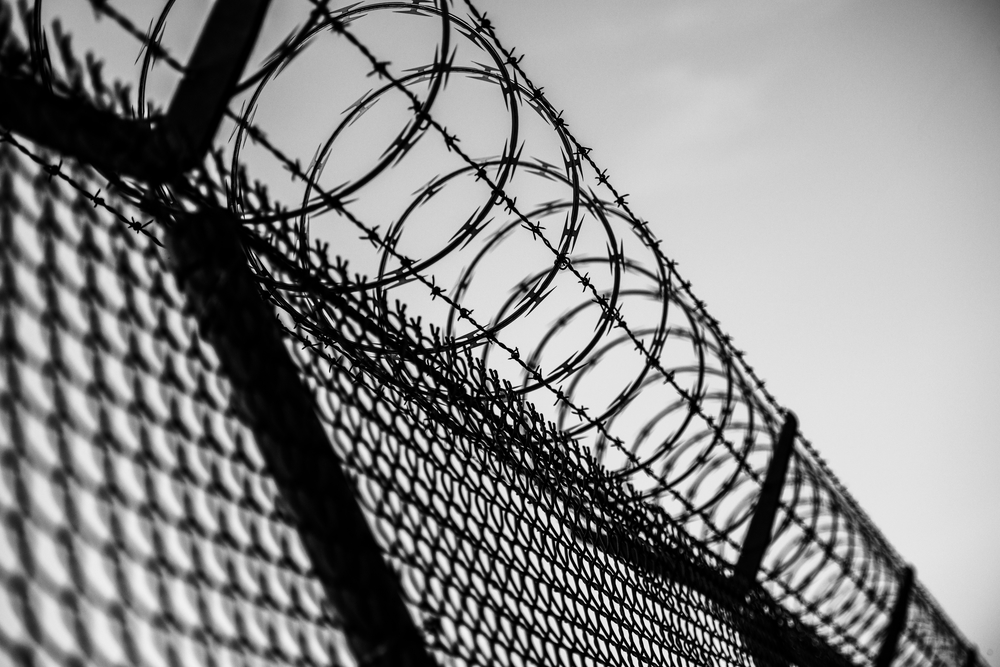 It is hard to describe the public humiliation of being arrested, tried, and sent to prison. And that humiliation is shared by family members. If someone asks where your father/son/brother is and you say “prison,” there will almost certainly be an awkward silence.

Once in the system, no matter how humane, prisoners are treated more like animals than like people. They are told what to wear, where to stand, when to eat and when to sleep. They are locked in crowded cages, and events they look forward to all week — visitation, a welding class, an appointment with the prison counselor — are often snatched away from them without notice because of the behavior of others. It can be total lockdown because of one guy doing something stupid.

Prisoners can be transferred without warning. Loved ones might travel four or five hours to see them only to discover that they have been moved, and it may take days or weeks to find out where they are. In such cases, the fragile lives that inmates have built in their prison world are erased, and they have to start over.

They are numbers in a system, not names. And they are identified by their crimes by probation officers, future potential employers and others. I would hate to be identified by my mistakes rather than by my character.

One inmate told me just after sentencing, “I know that no matter how many good things I’ve done in life, I’ll only be remembered for this one thing.” I couldn’t tell him he was wrong.

People entering the system can’t trust their fellow inmates — not because they are necessarily unworthy of trust, but because these new inmates just don’t know who they can trust. It is literally every man for himself. Sadly, neither can they trust the police, their lawyers or judges. I’m not suggesting at all that these people are unethical. I’m only stating the fact that at the end of the day, none of them see the accused as their friend. They see the person in relation to the charge and the process. If you don’t believe me, you’ve never been exposed to the system.

The consequences of the near-sighted policy of the former director of prisons in my home state were easily foreseen. Instead of occupying their time with exercise, inmates had little to do. Consequently, they filled their time with disruptive behaviors. The equipment was eventually returned — as it should have been.

If you want to experience real cultural diversity as a counselor, volunteer to work with prisoners in the system. It will open your eyes to what you (like me in my earlier days) have probably been unable to see.

For a more detailed perspective of the prison system, see the book I co-authored with W.A. Murphy, Handcuffed: A Friendship of Endurance.