Finding and helping people suffering from survivor guilt, PTSD and complicated grief can be challenging after large-scale catastrophic events, which are becoming more common. According to Mother Jones, since 1982, there have been at least 110 public mass shootings across the United States.

John Super, one of the coordinators of the Orlando recovery effort after the 2016 Pulse nightclub shooting in Orlando, Florida, acknowledges the sad reality that it’s not if collective trauma happens but when it happens, so counselors need to be prepared and adequately trained for crisis response.

Super, coordinator of the Community Counseling and Research Center and a lecturer of counselor education at the University of Central Florida, points out that the underlying thoughts and feelings of survivor guilt are the same regardless of the type of loss. However, he adds, large-scale traumatic events carry their own additional stressors: the lack of privacy, communal trauma and the increased fear for one’s safety in public areas (such as being afraid to go to the grocery store).

Because people are in a state of pain, dysregulation, fear and distrust, they put up walls, notes Melissa Glaser, a licensed professional counselor (LPC) in private practice in Connecticut. Glaser, a consultant and public speaker on trauma and relevant clinical applications, served as director of the Newtown Recovery and Resiliency Team following the mass shooting at Sandy Hook Elementary School in 2012. “Lots of times people in helping professions, particularly clinicians, come into a situation like [a mass shooting] where there’s collective community trauma or even coming into situation where you’re working with individuals that are in the throes of their grief — complicated grief and trauma reaction — and you think that you’re going to be welcomed with open arms,” she says. “And often the opposite is true.”

Super was surprised that people weren’t showing up to the grief counseling centers after the Pulse shooting. Instead of getting angry, Super and his co-coordinators reconceptualized what their response would look like, and they literally started meeting the clients where they were. Counselors went to the blood donation lines and handed out water bottles. They attended the vigil and watched for people who were having severe emotional reactions. 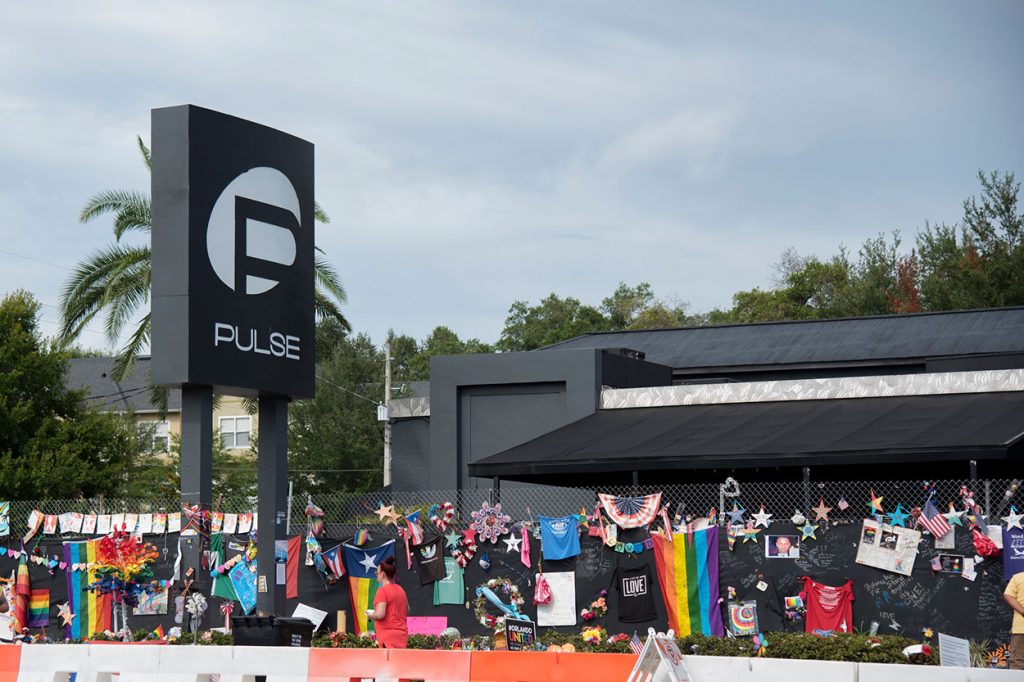 The Pulse nightclub in Orlando, Florida, pictured after the shooting that killed 49 people and wounded 53 in June 2016.

They even went to local bars. A few days after the shooting, a local LGBTQ bar contacted Super asking for counselors to come to the bar because people were using alcohol to self-medicate. “Receiving that call was the lightbulb that went off,” he says. “What we found was some of our most productive counseling work happened in those environments.”

After the 2018 shooting at Marjory Stoneman Douglas High School, Luna Medina-Wolf, a licensed mental health counselor and the owner of Helping Moon Counseling in Florida, and the other therapists found themselves frustrated because they couldn’t access the survivors. The school system, with its background check and credentialing procedures, would not let them in. They decided to turn this frustration into action and figure out what they could do. Medina-Wolf, president of Professionals United 4 Parkland, reached out to Deb Del Vecchio-Scully, an LPC and trauma specialist who helped with response and recovery after Sandy Hook. Del Vecchio-Scully guided them through the process of organizing a recovery response and suggested they accumulate a list of mental health professionals who could help if the need arose.

Medina-Wolf reached out on social media to her connections and asked for trauma-trained therapists who could donate their time. Within three hours, she had 100 emails. To avoid being overwhelmed, she created a Google spreadsheet to track the names, specialties, credentials and phone numbers of the mental health professionals.

She discovered another therapist had started a similar list, so they combined their lists and eventually created the nonprofit Professionals United 4 Parkland. Through this collaboration, they have provided training sessions for therapists, parents, and educators and staff at Stoneman Douglas.

Medina-Wolf advises mental health professionals to come together, figure out existing gaps and ways that they can help, and reach out to community organizations to offer assistance. “This is a long-term healing process,” she says. “So, if [community organizations] won’t need you in the beginning, they will need you moving forward.”

That’s what is happening in Parkland now, she adds. After the initial shock, the community has had time to reflect on the long-term impact of this trauma, so they are reaching out to mental health professionals and figuring out a way to work together. For example, the first training they had for the teachers and staff at Stoneman Douglas was done independently from the school, but in January, the school reached out and requested that they host a training workshop as part of the school’s planning day. Medina-Wolf notes that they purposely called the workshop a retreat, not a training, to help reduce the stigma attached to mental health issues. The retreat included gifts, therapy dogs, breakout sessions on coping skills (such as meditation), and strategies on how to handle students and future drills.

Glaser, author of Healing a Community: Lessons for Recovery After a Large-Scale Trauma, also recommends collaborating with other professionals and organizations. “We have to get rid of the territorial aspect that the work can bring sometimes and bridge those gaps and be collaborative because one person or one organization can’t meet all the needs,” she says.

Glaser and her staff developed relationships with other professionals so they could appropriately direct those needing help. Providers would tell them when they had openings, the insurance they accepted and the therapeutic approaches they used, and new providers would provide a presentation on their services and even practice some of their techniques on Glaser and her team.

Glaser warns that clinicians can do more harm than good if they send clients to the wrong practitioner or if therapists promise things that they can’t deliver, which only undermines trust in all mental health professionals.

Glaser also stresses the importance of being hands-on and following up with clients. Because a traumatized brain can be extremely disorganized, counselors can’t simply give out phone numbers and a list of resources, she stresses. Sometimes, they have to make that call themselves and follow up with clients after they have had an appointment.

At the ACA 2019 Conference in New Orleans, Glaser spoke with school social workers from Parkland who were frustrated by their inability to help with the emotional aftermath after a lockdown drill because it wasn’t a priority to the administration. Glaser agrees that clinicians could do a better job with debriefings after a drill, and she also shared in their frustration with dealing with resistance from organizational leaders.

In fact, Glaser learned the importance of educating community leaders during her work with the Newtown community. She would invite the heads of organizations and school administration to participate when she brought in an expert or held a workshop on the importance of mental health efforts.

“We as clinicians now have the responsibility of educating from the top down,” Glaser says. “We can’t expect that the people that are following [safety] protocols and putting those measures together are necessarily well-versed in the clinical implications. So, part of our work now has to be to teach all of those involved.”

Look for a companion piece to this article, “Relieving the heavy burden of survivor guilt” in the July issue of Counseling Today magazine.