Many guys and girls alike trained hard during the frigid winter months under a common belief: Summer bodies are made in the winter. Traditionally, getting “beach body ready” was associated with women. But that idea is so 20th century. Now, through the influence of social media and many other factors, guys are just as likely as women to stress about their appearance during these warm summer months.

Let’s take Instagram, for example. I don’t know about everybody else, but my page is filled with diet tips, workout routines, and guys who have the body type that I desire. The posts from these extremely “ripped” gentlemen are a double-edged sword.

One side is inspirational. These people put in a lot of time, dedication and patience to mold their bodies, like art, into the creation they see fit when they look in the mirror. Guys like me who strive to be in better shape look up to these men, hoping that the same level of fitness is obtainable for us. 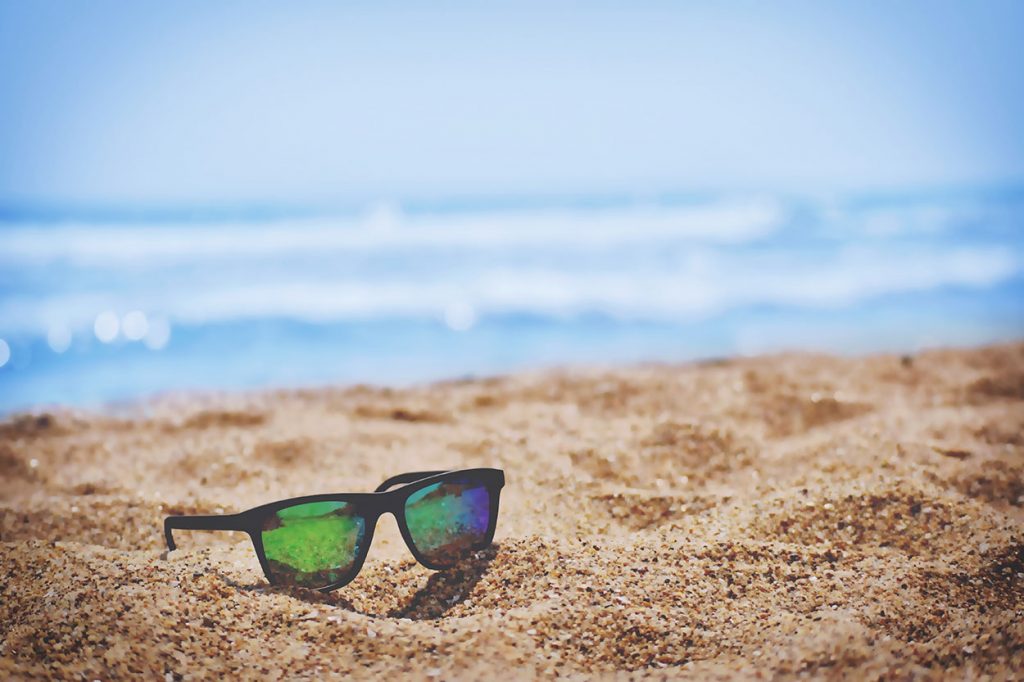 The other side of the sword can bring about despair because of society’s decision that these model bodies — a body type that is not like mine — is what is considered favorable. Take a walk in history through People magazine’s “Sexiest Man Alive” covers. Most, if not all, of the men who have won these “competitions” have had favorable bodies. What an honor it must be to be considered the sexiest man to walk the Earth at a given time.

The idea that men don’t worry about their bodies is simply not true. Like the male peacock, we like to “strut our stuff” to gain the attention of those we might find attractive or for the man we see staring back at us in the mirror. He seems to be the hardest critic to impress.

Of course, negative consequences can be associated with the sometimes obsessive desire to be “Instagram worthy.” The fifth edition of the Diagnostic and Statistical Manual of Mental Disorders (DSM-5) specifies muscle dysmorphic disorder (MDD) as a subdisorder of body dysmorphic disorder (BDD). Muscle dysmorphia is defined as a preoccupation with the idea that one’s body build is too small or not muscular enough.

MDD occurs almost exclusively in men. This diagnosis can lead individuals down a path of obsessive behavior such as extreme exercise programs and long hours of weightlifting to gain muscle mass. These men may work out to the point of injury and often ignore said injury to continue their muscle growth. These individuals typically engage in unhealthy diet habits such as mass consumption of protein-rich foods to increase weight. In extreme cases, men may resort to the use of steroids or other addictive performance-enhancing drugs.

I conducted a doctoral research project in 2017 that studied men who considered themselves members of the fitness culture. The study conducted interviews of seven men and observed their gym habits. I paid close attention to how these habits and thoughts about their routines and physiques affected their mental health. According to these men, a muscular or fit physique brings not only desired attention but also validation of a man’s masculinity.

Society has equated a muscular or physically fit man with being more masculine than those men who are smaller in stature and weight. Obtaining this physique has become a social norm for the masculine guy. Maintaining a muscular physique is yet another gender norm that men are expected to adhere to in North American culture.

One gender norm that is changing is the notion that men do not talk about their feelings. It is not as far-fetched today to have men lying on the counseling couch as it was previously. It is possible that some of the men who end up in your office may experience symptoms related to a negative body image.

Unfortunately, counselors do not have a magic wand to use to “bibbidi-bobbidi-boo” our clients into the most muscular men at the ball. Nor do we have a single can of spinach that we can give our clients to instantly make them ripped like Popeye. But what we do have is research stating that when treating clients with dysmorphic disorders, cognitive behavioral techniques work best.

One of the first steps in cognitive behavior therapy is gaining an understanding of the problem. BDD/MDD may be the result of an underlying issue or concern. As with most eating disorders, muscle dysmorphia is likely caused by biological, psychological and social factors.

For some, it could be a traumatic event that was caused by unhealthy choices. One of the gentlemen I interviewed during my doctoral research recalled a moment when he had to run after a bus and, because he was overweight at the time, he couldn’t catch up to it in time. He equated his health and the laughter of the bystanders with his image. This moment pushed him into a lifestyle that would eventually lead to body dysmorphic disorder.

Another interviewee who identified as a member of the LGBTQ+ community discussed his desire to be viewed as attractive. He explained that some members of the community could be superficial, and in order to fit in with certain crowds, he needed to look a certain way. These represent just brief examples of how discovering the root of a client’s BDD or MDD may open the door to a helpful discussion about the person’s obsession with obtaining the “perfect” body.

As counselors, we need to help these clients first identify their automatic thoughts. As a theories class refresher, an automatic thought is one that is triggered by a particular stimulus that leads to an emotional response. Individuals maintain certain beliefs about themselves, others and the world. It is safe to assume that our male clients with BDD/MDD have similar negative views of themselves as it pertains to what is beautiful and accepted and what is not. These automatic thoughts can lead to cognitive distortions or faulty ways of thinking. As long as a client’s negative view of himself does not match his positive automatic thoughts about the world, he will feel as if he can’t comfortably be happy with himself as he currently is.

As trained professional counselors, we are no strangers to working with clients with anxiety. Anxiety is a big part of dysmorphia. Clients may experience anxiety when thinking about how others may perceive them. That faulty perception can then be reflected on themselves.

Helping clients to overcome anxiety is key. Anxiety is a fear of the “what ifs” in our lives, and 99% of the time, these events never take place. A person who struggles with BDD/MDD may be preoccupied with the thoughts of “What if I gain/lose weight?” “What if I don’t look like him/her?” Or, more common these days, “What if I don’t get enough likes?”

By helping clients confront the negative thoughts that plague their minds, we can potentially eliminate the harmful and, most times, irrational thoughts that haunt them.

Perhaps the most beneficial thing we can do as counselors is help our clients learn the importance of both acceptance and change. The DSM says that most men who struggle with MDD usually appear to be in pretty good shape already. Although it may be challenging, we must try to help these clients see their muscles as “half full” rather than “half empty.” Introducing them to the habit of positive self-talk may help them remember that it is OK to have a cheat meal or to miss a day at the gym.

If our clients are unhappy with the way they look, it can be beneficial to help them find healthy ways to change. Pointing them in the direction of a nutritionist or a personal trainer may be a healthy alternative for those who take extreme measures to alter their bodies.

Be proud to strut whatever you have at the beach this season, fellas. Remember that maintaining a muscular body takes time, effort and patience. If you aren’t where you want to be this year, set the goal to be there by next beach season. Be proud of the way that you look, and be sure to wear your shades and sunblock so that the rays of the haters can’t touch you.

Andrew M. Watley is a licensed professional counselor and an adjunct professor in New Orleans. His practice specializes in children, adolescents, men’s issues, and struggles that may arise for members of the LGBTQ+ community. Learn more about him and his practice at drandrewwatley.com.