“Are you Dr. Moffatt?” a soft voice said as Antoine (not his real name) stepped into my office.

I nodded. He was a 20-something African American male. He explained that he had been arrested for assault. His court requirements included completing 12 counseling sessions for anger management. I quickly perused the copy of the court mandate Antoine had brought with him as he stood by respectfully.

“So, let me get the picture,” I said. “You got in a fight. A white guy arrested you. A white guy represented you in court, and a white guy sentenced you and sent you to see a white guy for 12 weeks. Is that about right?”

Antoine tried to stifle a smile but failed. “Yeah, that’s pretty much it,” he acknowledged.

“Well,” I said, “according to this court document, the only mandate is that we have to meet for 12 weeks. We can do whatever you want. We can talk about life, sports, or stare at the wall. Whatever you like. At the end of 12 weeks, assuming you show up, I’ll sign off. Or, if you like, we can work on what might have led to your arrest. If we do, then maybe I can learn something about you, and you can learn something about yourself and hopefully never see a jail cell again.”

When I tell that story to new clinicians, they argue that it would have been unethical to see Antoine for 12 weeks but not do therapy. We would have done therapy, but that isn’t the issue. The mandate didn’t require that I show progress or that the client cooperate. The document only required him to attend.

I’m not playing word games. Alcoholics Anonymous has done this since its inception. Individuals can attend, not say a word, be resistant, and they can show little or no progress or even relapse. Showing up is a giant step on the long road to recovery.

Predictably, mandated clients bring resistance with them. We have no power to force any of our clients to change. The wording of the court mandate allowed me to give away power from the get-go by stating the obvious: I couldn’t force Antoine to change or engage in therapy. (Be aware that some court mandates do require growth.)

I also gave Antoine power by stating something else that was obvious. He was nonwhite, and I was just another white man in a system in which he had no power. I gave him permission (power) not to trust me, and in so doing, ironically, I began to earn his trust. 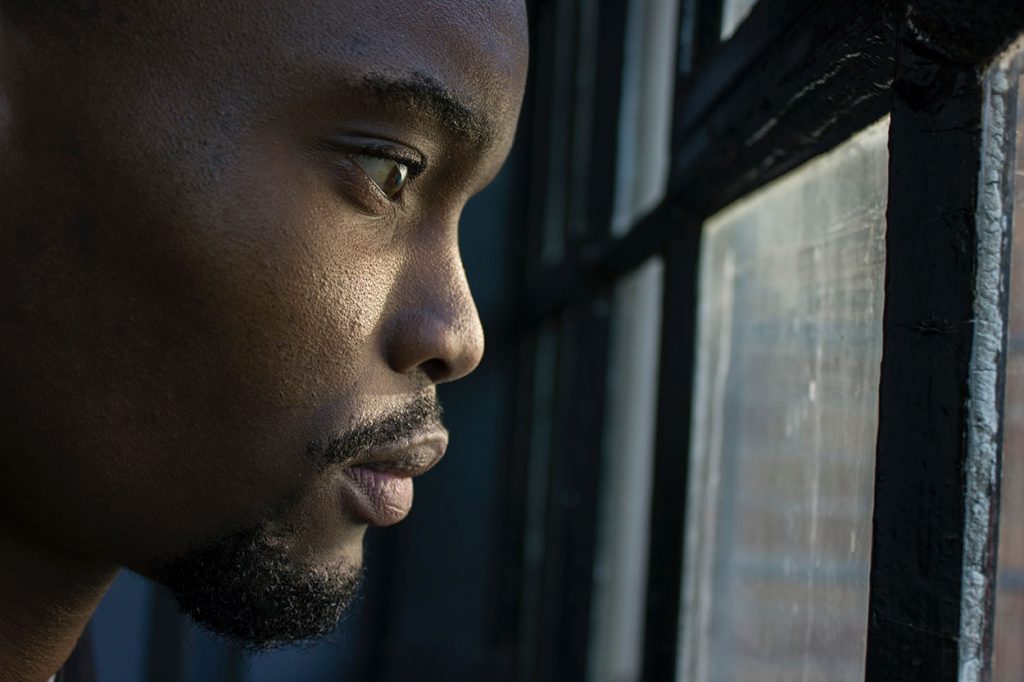 Mandated counseling makes giving power to our clients especially challenging, and resistance is predictable. Because I’m white, I was pretty sure Antoine assumed that I wouldn’t understand him or his culture. He had no reason to trust me. If I had been in his shoes, I wouldn’t have trusted me either.

Giving away power is one of the things in our therapeutic tool boxes that can help us earn trust very quickly. My technique worked. Within minutes, Antoine was at least willing to give me a chance.

I do something similar with child clients because children are also mandated in a way. Guardians bring them to me — a stranger — often without even asking these children their thoughts about it.

But like Antoine, young children learn to trust me almost as soon as they cross my office threshold. I meet them at the door, welcome them in and say, “You can do about anything you want in here. If there is something you can’t do, I’ll tell you.”

Some children test me with a question such as, “Can I break something?”

“If you feel like you need to,” I reply.

I often watch them as they roam around my playroom, shooting occasional glances at me, seemingly waiting for me tell to them what they can’t do. Saying “no” is rarely necessary.

Antoine turned out to be one of my favorite adult clients. If I hadn’t given him power from the start, he probably still would have shown up and been respectful and cooperative. But growth may not have happened.

Instead, over our 12 weeks, he was fully engaged — starting with our very first session — and he grew tremendously. Several times I saw his eyes light up as he had epiphanies about his decision-making processes. He gained insight into his behavior and developed numerous coping and problem-solving strategies that make it unlikely he will ever see the inside of a courtroom again, at least as a defendant.

I still think about Antoine and his sly smile during our first meeting. Witnessing his growth was satisfying, and that is why I became a counselor in the first place. I doubt I would have ever earned his trust without giving him power from the beginning.