There were two things that I learned in my degree program regarding cultural competence. The first was that there is a need for the counselor to develop an understanding of how culture influences the unique point of view of a particular client. The second was that it was the responsibility of the counselor to develop that understanding on their own, not put the burden on the client to teach it to them. I’m certain there were more things that I was taught, but those two stand out the most.

When it comes to serving the military-affiliated population, however, some counselors don’t consider these clients to be part of a different culture. Perhaps their perception of diverse cultures is based on geography (e.g., urban versus rural), ethnicity, religion or nationality. All of these cultural values are valid of course; any counselor working with a client whose life experience is rooted in a culture different from the counselor’s own can and should develop an understanding about them. Somehow, though, perceptions of cultural diversity do not usually include the military population. But they are of diverse geographic, ethnic and religious backgrounds, correct? Of course.

Added to that is the fact that serving in the military necessarily begins with an assimilation process. As I mentioned in the first article of this series, if you look at the various definitions of culture, they can be applied to life in the military. We have our own way of dressing, our own language (I’m fluent in “acronym” and often forget that others aren’t), and our own way of looking at the world.

Merriam-Webster provides one definition of culture as “the integrated pattern of human knowledge, belief, and behavior that depends upon the capacity for learning and transmitting knowledge to succeeding generations.”

If that’s not a clear description of the traditions that are passed down through generations of military service members, then I don’t know what is. For example, the Army’s Drill and Ceremonies manual can be traced directly back to the Continental Army and Baron Friedrich von Steuben’s Regulations for the order and discipline of the troops of the United States. Tradition is also preserved through established customs and standards. The rules of service etiquette for the various military branches and their academies are outlined in a 562-page monster of a book. The long and rich history of military culture is conveyed through its customs and courtesies, and even in traditional aspects present in today’s uniforms.

A common way of life

Merriam-Webster provides a second definition of culture as “the characteristic features of everyday existence shared by people in a place or time.”

There’s no denying it: Service in or affiliation with the military has some unique characteristics. As an old Army slogan put it, “We do more before 9 a.m. than most people do all day.” A typical morning in the military starts by 6 or 6:30 a.m. (and, for leaders, even earlier). Then there’s the constant movement, for both the service member and the family. My wife and I lived in nine apartments in two states and two countries in the first 10 years of our marriage. The high number of different schools that military kids attend is so common that it’s almost cliché. For my two, it was four schools in five years. 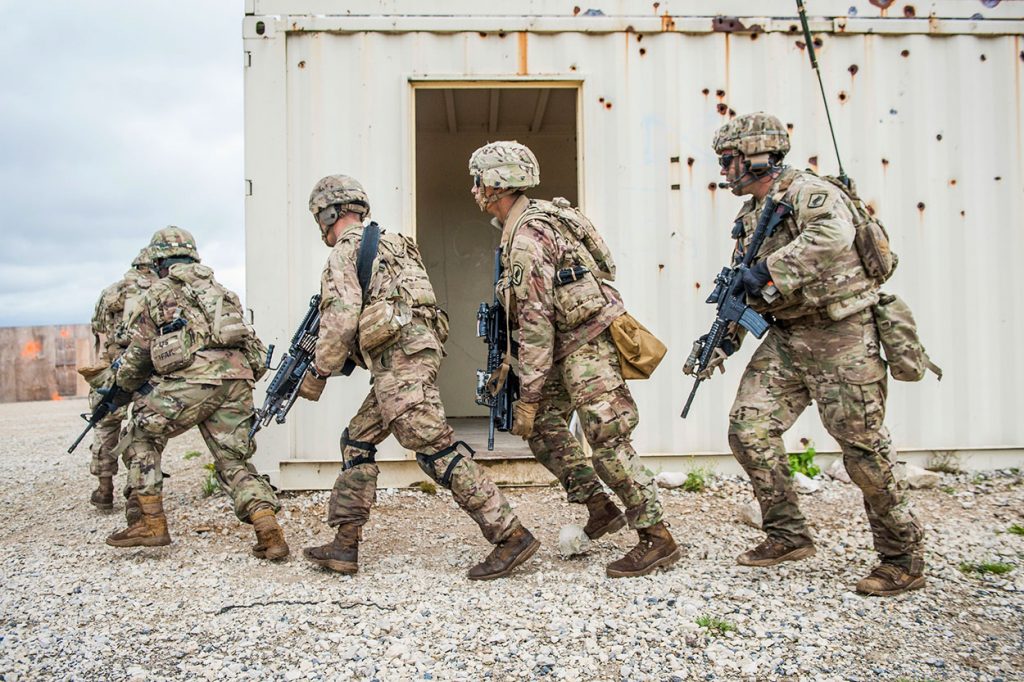 The military is also very hierarchical in nature. One glance and a service member knows where they stand in that hierarchy: above, below or on the same level. Built on a foundation of mutually understood respect and obedience from senior to subordinate, the daily life of service members is typically planned and scheduled from the minute they stand in formation to the minute they are dismissed. Does it always work that way? Of course not, which is also part of the culture — no plan survives first contact with the enemy, etc.

A common set of values

A third definition of culture from Merriam-Webster is “the set of shared attitudes, values, goals, and practices that characterizes an institution or organization.”

The military is as much a values-driven organization as it is a mission-driven organization. Starting with the Oath of Enlistment or Oath of Commissioned Officers, the common goal — to support and defend the Constitution of the United States, to bear faith and allegiance to it, and to obey the orders of the officers appointed over them — is clearly stated and immediately understood.

Each of the branches of service has its own core values. The Army’s values form the acronym LDRSHIP: loyalty, duty, respect, selfless service, honor, integrity, and personal courage. The Marine Corps uses less words for its values in favor of going straight to the point: honor, courage and commitment.

For those who haven’t served, it may seem archaic to be so obligated to a set of values. For those who have served, however, these are values that are instilled as core beliefs. When actions are taken that violate these values, either by the service member themselves or by others, it can be as difficult to overcome as the violation of any other core belief that we help our clients with. Sometimes I help my clients see that the cause of distress in their post-military lives is their failure to live according to these values.

Although many counselors recognize the unique nature of military service, it’s also essential that they understand how important that culture is to a member’s self-image. When I joined the Army, I stopped being a suburban St. Louis kid and became a soldier; when I left the Army, I became a veteran. It has become as much a part of me as any other label, such as father, husband or son. It has become my identity —not all-consuming and not my entire identity — but a large part of it. Chances are, if you are working with a service member, veteran, or military family member, it will be a large part of theirs too.