Gunshot wounds, injuries from automobile accidents, a fall from a ladder, cooking burns or other incidents, either self-inflicted or unintentional: These are a few examples of the medical trauma that brings patients to the Wake Forest Baptist Health (WFBH) Medical Center in Winston-Salem, North Carolina.

Elizabeth Hodges Shilling and Olivia Smith are part of a team of counselors who talk with trauma patients at WFBH and assess them for suicidality and alcohol or substance use. The counselors have a laundry list of questions to ask patients as part of the assessment, but 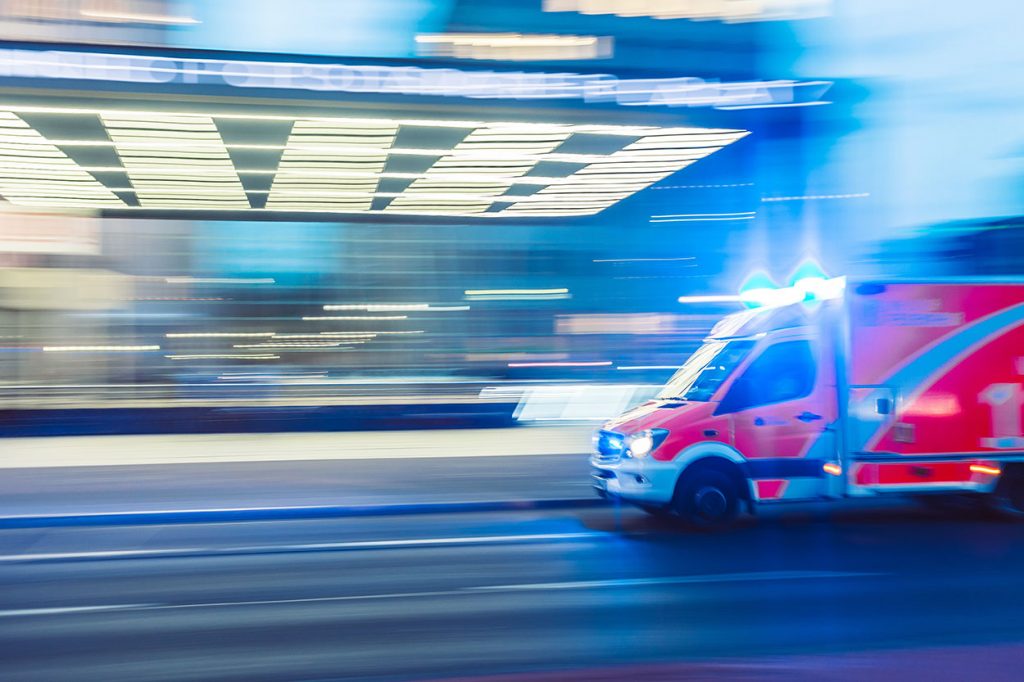 patients are often reeling from the traumatic incident that brought them to the hospital. At the same time, the counselors have a limited amount of time to work with each patient because patients are usually under their care for only 24 to 48 hours.

The solution? Shilling and Smith say they use a lot of “tell me” or “tell me more” questions and prompts. It’s a gentle way of getting the information they need and connecting the patient to additional resources.

For instance, instead of directly asking patients whether they drink or use drugs, Smith might say, “Tell me about when you’ve used alcohol or drugs to help you calm down or when hanging out with friends.” These types of inquiries make patients more likely to respond and open up, according to Smith, a coordinator and counselor on the adult and pediatric trauma screening and brief intervention team at WFBH.

This can be especially true with teenagers and young adults, who can be quick to put defenses up. “Sometimes we preface our questions with, ‘I’m not here to try and stop you. I just want to understand and try and support you,’” Smith notes.

Shilling and Smith are both licensed professional counselors and licensed clinical addictions specialists. They say that framing their assessments as “conversations” can help to form a connection with patients who might be overwhelmed by all the questions they’ve been getting from doctors and other medical personnel.

“Tell me about” questions are a gentle way of building rapport and opening the door to get more information from patients, says Shilling, an assistant professor in the department of surgery at Wake Forest School of Medicine. It also lets patients know that the issues with which they might be struggling aren’t unusual; other individuals are struggling with them as well.

The counselors may use prompts such as, “Tell me about the last time you thought about hurting yourself” or “Tell me about the times you’ve tried to cut down on your drinking,” says Shilling, a member of the American Counseling Association.

“Just throwing it into the conversation and bringing it out in the open gets them thinking about it,” Smith says. “[Also,] it eases up on the stigma about these thoughts and normalizes that it happens. We often hear embarrassment, and [patients who say,] ‘I’m having these thoughts, and I don’t know what to do with them.’”

Roughly 50% of the trauma patients they see at WFBH are admitted because of an accident or incident related to alcohol, Shilling says. This includes suicide attempts while under the influence of alcohol, intoxicated driving or being a passenger in a car with an intoxicated driver, or a variety of injuries that occur after a person has been drinking. Hospitalwide, one-third of patients are admitted for a medical condition related to substance use, she says. This includes conditions exacerbated by long-term alcohol use, such as pancreatitis.

“We often see people who have never thought about making a change, or others who have been injured several times and it’s a wake-up call and they want to change. Alcohol use can be a big part of their situation but also a small thing, as they’re dealing with so many things at once,” Smith says. “Being in the hospital posttrauma really facilitates the opportunity to think about making changes in your life. … It’s a teachable moment and opportune time to reassess [your choices].”

Smith and Shilling urge mental health practitioners to include questions about alcohol and substance use when screening clients for suicidality. This is a vitally important area of risk that often gets overlooked in suicide assessment, Shilling says.

Substance use problems are one of many suicide risk factors included on a list on the American Foundation for Suicide Prevention website, afsp.org.

Substance use can increase a person’s impulsivity, and it numbs the parts of the brain that trigger thoughts and behaviors that keep a person safe, Shilling says. “We see patients who, when sober, say they would not have taken those pills or used their gun, etc. But when they drink, that rational piece [of brain function] gets overridden. Using substances puts you at particular risk.”

Shilling urges practitioners who want to learn more about substance abuse — especially those who work with vulnerable populations such as teens — to seek continuing education or even additional licensure (such as becoming an addictions specialist).

Smith and Shilling’s cohort at WFBH uses several screening tools to assess for substance use in the patients in the hospital’s trauma, burn and medicine units.

The first is the Alcohol Use Disorders Identification Test (USAUDIT) developed by the U.S. Substance Abuse and Mental Health Services Administration. Available to the public at ct.gov/dmhas/lib/dmhas/publications/USAUDIT-2017.pdf, the assessment places users into one of six categories, ranging from “low-risk alcohol use” (no more than 14 drinks per week for men and seven per week for women) to “alcohol dependence” (which includes a cluster of symptoms indicating dependence on alcohol).

Cut down: Have you ever felt you should cut down on your drinking?

Annoyed: Have people annoyed you by criticizing your drinking?

Guilty: Have you ever felt bad or guilty about your drinking?

Eye-opener: Have you ever had a drink first thing in the morning to steady your nerves or to get rid of a hangover?

Read more about the CAGE screening tool at hopkinsmedicine.org/johns_hopkins_healthcare/downloads/all_plans/CAGE%20Substance%20Screening%20Tool.pdf

The National Suicide Prevention Lifeline offers free and confidential support around the clock, seven days a week, at 800-273-8255 or via chat at suicidepreventionlifeline.org.

Read more about addressing the topic of suicide with clients in Counseling Today‘s September cover story, “Making it safe to talk about suicidal ideation.”