Often, when talking about mental health in the military-affiliated population, the first thing that comes to many people’s minds is posttraumatic stress disorder (PTSD). This is true of mental health professionals as well.

Once, a colleague asked me how many deployments I had in my military career. When I told her that I had five combat and operational deployments, she said, “Well, of course you have PTSD!” In reality, the number of deployments doesn’t dictate the level of traumatic events to which a service member has been exposed. A client could have multiple deployments and not have experienced anything worse than separation from family, whereas another client could have experienced only one very serious and traumatic deployment.

Although PTSD is not representative of everything that service members deal with after the military, it is a condition that any counselor working with the military population must understand. It has been described in a number of different ways throughout history, including “soldier’s heart” in the Civil War, “shell shock” in World War I, and “battle fatigue” in World War II and the Korean War. After the Vietnam War, the symptoms that would come to signify PTSD were called “post-Vietnam syndrome.” It wasn’t until the third edition of the Diagnostic and Statistical Manual of Mental Disorders, published in 1980, that PTSD became an official diagnosis.

There are a number of PTSD diagnostic criteria outlined in the DSM-5, the most significant of which is that the service member must have been exposed to an event that resulted in death, threatened death, actual or threatened serious injury, or sexual violence. The service member or veteran must have been exposed either through direct exposure, witnessing the trauma, learning that a relative or close friend was exposed to such trauma, or experiencing indirect exposure to details of the trauma in the course of professional duties. This is significant. Just because a service member was deployed to a combat zone does not mean that the service member was exposed to an event that meets this criterion; this was certainly true for three of my five deployments. Being able to differentiate between PTSD and other psychological conditions is critical to supporting the client.

Another condition emerging as an important consideration is traumatic brain injury (TBI), which is also known as a concussion or mild, moderate, or severe TBI. Military equipment and medical response have improved significantly over the past 50 years, resulting in greater survivability on the battlefield. Injuries that previously might have been fatal are now being treated quickly and effectively. While this development has reduced the mortality rate in recent conflicts, it has led to an increase in the number and severity of catastrophic injuries.

Further complicating TBI is the fact that many of its symptoms overlap with those of PTSD, and many of the conditions that could cause TBI also meet criterion A for PTSD. Whether it is a blunt force trauma concussion from a direct blow to the head or a diffuse TBI caused by blast overpressure from an explosion, the causes of TBI could also be causes for PTSD (and vice versa).

Addiction is another important mental health consideration in the military-affiliated population. This of course includes substance use. Many of us who served know that the military is a drinking culture. Drinking is normalized and used to relax, to celebrate, to memorialize. Regardless of rank or branch of service, alcohol is acceptable and available.

It is problematic, however, when the reason for alcohol use changes from celebration to self-medication, or using alcohol to reduce discomfort from psychological concerns. Additionally, the opioid epidemic in the veteran population typically begins during active duty. Because of the extreme chronic pain that results from multiple injuries, pain management is a necessary consideration, and painkillers are readily available.

In addition to substance use, it is also imperative to explore process addictions in the military-affiliated population. Whether it involves gambling, viewing pornography, compulsive eating or shopping, compulsive and addictive behaviors can cover the veteran’s or service member’s underlying concerns. 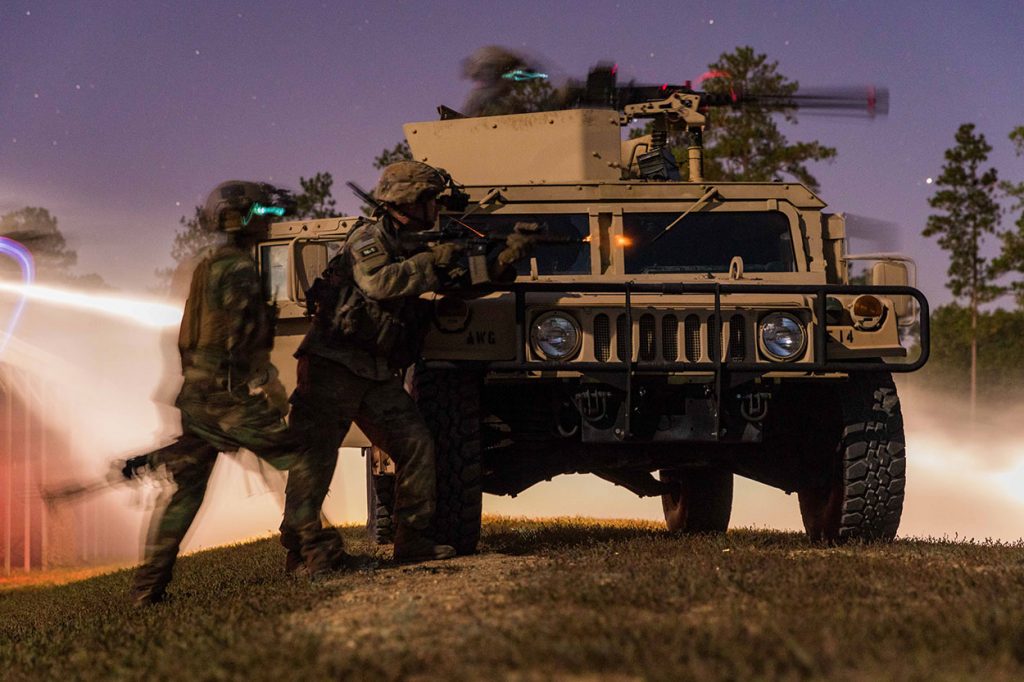 Difficulty tolerating and managing emotions is another significant aspect of mental health for the military-affiliated population. While there are certainly emotional components to PTSD, TBI and addiction, it is also possible for emotional challenges to exist apart from substance use, trauma exposure or physical injury. For many service members and veterans, the typical dysregulated emotions are depression, anxiety and anger.

Among the nontraumatic causes for an inability to manage these emotions are toxic leadership and systemic harassment. An inability to escape from an adverse situation can lead to feelings of helplessness and hopelessness. I will emphasize again that there are many situations in the military that could cause anger, anxiety and depression that have nothing to do with exposure to traumatic events. It is necessary to determine whether emotional dysregulation or substance use is the result of traumatic exposure or another cause.

These aspects of mental health are not unique to the military of course. Combat trauma is not the only cause of PTSD, and any significant blow to the head can cause TBI. Addiction is not a problem just for the military population, and emotional concerns such as depression and anxiety are widespread. Additionally, these conditions follow the medical model of mental health; there is a diagnosis for each of them and corresponding medications for each of them. Although these conditions can be debilitating in and of themselves, there are other factors unique to the military population that can complicate attempts to treat service members, veterans and their families.

Although service in or affiliation with the military can be difficult, it can also be extremely satisfying. There is a collective effort toward a common goal, a sense of shared culture and community, and a feeling that the work you’re doing is important. Many veterans, upon leaving the service, struggle to find the same satisfaction in their post-military careers. Many are able to build a meaningful life after the military, but it is not automatic.

There is also the challenge of navigating an identity shift. Whether it’s for four years, 14 years or 24 years, the service member’s identity is closely tied to the military. We were Soldiers, Airmen, Sailors, Marines, or Coast Guardsmen literally 24 hours a day. Even if not serving full time, as is the case in the National Guard or Reserve components, service members are always aware of a type of double life. When we leave the service, many of us ask ourselves, “Who am I if I’m not a soldier?” A friend of mine, a medically retired Green Beret, expressed this quite well when he stated, “The Army said I couldn’t be me anymore. What do I do now?

Another concept that has emerged over the past 25 years is moral injury. PTSD, at a very basic level, is an injury of the behavior. It is classic conditioning: When a triggering event occurs, a certain reaction is initiated. It is, of course, more complicated than that, but a significant aspect of PTSD is stimulus response. TBI, on the other hand, is a physical injury of the brain. Moral injury can be described as an injury of the soul: What a service member believes to be right and wrong with the world has been fundamentally changed.

In one of the first articles to fully develop an explanation of moral injury, Brett Litz and colleagues described moral injury as “perpetrating, failing to prevent, or bearing witness to acts that transgress deeply held moral beliefs and expectations.” There is some disagreement as to whether moral injury is an aspect of PTSD or its own distinct condition. the fact is that one can have a morally injurious event that is not traumatic, and there are a number of traumatic events that are not morally injurious. Regardless, it is beneficial for anyone interested in working with the military population to familiarize themselves with moral injury and to at least explore the concept with these clients.

The military is a highly connected communal society where tasks are divided among its members. When I was in Iraq and Afghanistan, I didn’t have to worry about where my food and water would come from because there were other service members or contractors who provided that. When my family and I arrived at a new duty station, we were provided housing, and there were people on base who gave us guidance on schools for our children.

Of course, when service members leave the military, those same needs still have to be fulfilled, but now it must be done in different ways. This isn’t to suggest that service members aren’t capable on their own, but challenges related to employment and housing — those lowest levels of Maslow’s hierarchy of needs — are widely known in the veteran population. Even our psychological needs, such as belongingness and esteem, are part of the military framework. Our peer group is provided for us; like them or love them, the people you serve with are your family. Your effort is recognized with rank or reward. Outside of the military, however, we have to learn how to meet those old needs in new ways … and for some service members, that can be difficult.

When considering how military service impacts relationships and vice versa, it is important to understand that this doesn’t just refer to intimate relationships such as spouses and children, or even parents and siblings. This also includes peer relationships (friends and acquaintances) and work relationships. Understanding how to integrate into a community that has a different cultural orientation than you do is difficult. Even if none of the other psychological concerns mentioned in this article are prominent, adapting relationships to a new lifestyle can be challenging.

Considering all aspects of psychological wellness

It can be daunting to consider how these various aspects may interact to provide an almost never-ending combination of circumstances for members of the military-affiliated population. One thing is clear though: The more of these areas that the service member, veteran, or military family member has difficulty in, the more at risk they are.

As professional counselors, we need to be able to understand the complexity of our clients’ conditions. We need to ensure that we have a full picture of their needs and then address those needs if possible. If an area is outside of our expertise — if we are not trained in an evidence-based practice for PTSD, for example — then we have an ethical responsibility to refer that client to someone who can meet their needs.