When I was a newspaper editor and reporters would tell me they had writer’s block, I sometimes used a technique championed by Pulitzer Prize–winning journalist Jon Franklin in his book Writing for Story. “Tell me your story in three words: subject, action verb, object,” I’d say.

After thinking about it, the reporter would deliver the initial three-word narrative, which would in turn ignite reporter-editor dialogue. Eventually, we would settle on the true narrative the writer was trying to tell, and off the writer would go to craft the full story.

When life brought me to graduate school for counseling, it was no coincidence that I found myself drawn to narrative therapy. To me, it made obvious sense to learn and understand client stories — a centerpiece of narrative therapy, according to its founders, Michael White and David Epston. Their book, Narrative Means to Therapeutic Ends, describes the power that story — and the maladaptive meaning often ascribed to it — has in people’s lives.

White and Epston explain how narrative therapy is about finding a client’s dominant narrative, externalizing the problem central to that dominant narrative, and identifying alternative narratives. But how does a professional counselor do that? Is what the client tells you the true dominant, or problem-saturated, narrative? Or might a presenting issue mask something deeper?

As I read more books, absorbed more information on narrative therapy, and began my internship in my final year of school, I recognized something. Clients don’t automatically understand the concept of a “dominant” narrative. Sometimes, they’re not even sure why they have come for counseling, other than a vague sense that something is not right.

It is the conversation between client and counselor that can elicit story. And that reminded me of my old editor’s trick — the three-word narrative.

Today, I have made my background as a writer and editor a centerpiece of my professional disclosure statement because I find it a great way to kick off a conversation with most clients. Talking about my past eases clients’ anxieties about coming to see a counselor and lays the groundwork for future narrative work.

When conversation turns to why clients have come to counseling, I usually give them a homework assignment to return to the next session with a three-word narrative that answers the question: Why are you here? The exercise itself invites conversation, just as it did with “blocked” writers.

In journalism, the writer and editor chat after the former returns from the three-word exercise with the headline “Council Approves Budget.” The editor might ask the reporter, “Is that all there is?” Was it simply a vote? Who are the winners and losers of this budget approval? During the ensuing discussion, the reporter reveals that the new budget will cut taxes for the first time in 10 years. The reporter now has a more accurate three-word narrative from which to frame the story: “Taxpayers Win Relief.”

The counselor explores the concept of “overwhelm” with John. What is that like? Does it have a physical effect? Is John able to sleep at night? This conversation allows John to explore the nature of his dominant narrative. It turns out that the “overwhelm” John feels may have its roots in grief, but he is actually worried about what comes next.

There is a specific intent in using the three-word narrative’s subject–action verb–object format that has to do with how we perceive the stories of our lives. It’s all about passive versus active.

That is not an easy concept to externalize, however, because it is outside of John’s control; he has put himself in the passive position of his narrative. Using another narrative therapeutic intervention called questioning, John and the counselor spend time better defining the dominant narrative. John eventually recognizes that what brought him to counseling isn’t so much being overwhelmed but rather fear of the future. Hence, through dialogue with his counselor, John reconstructs his dominant narrative to “John fears loneliness.”

In this new version, John is now in the active position of the three-word narrative; he is the “subject.” This allows him to better see his role in the dominant narrative and gives him the insight to externalize his dominant narrative, which for this example can be named “lonely.” On a subsequent visit, the counselor can simply inquire of John, “How are you handling ‘lonely’ this week?” John can respond in the context of how he has responded to that issue, his dominant narrative.

The side benefit of this approach is that by John viewing himself as the subject, he is better equipped to “act” in terms of moving away from his dominant narrative or simply seeing it for what it is — an immediate situation outside of himself that is causing him problems. Again, as White and Epston would say, John is not the problem; the problem is the problem.

Indeed, that insight will be the means by which John and the counselor collaborate on strategies to identify alternative narratives in John’s life. They will eventually move toward those alternatives and away from “lonely.”

In her textbook Theories of Counseling and Psychotherapy: A Case Approach, Nancy Murdock says that narrative therapy can be described as “where the client tells the therapist a story, the therapist listens, and the two make what they can out of it.” Indeed, narrative therapy is a social constructive theory and typically considered a shorter term approach to counseling.

Using the three-word narrative approach, however, allows counselors the flexibility to go deeper than identifying and working to change the dominant narrative. For example, I have found that the three-word narrative approach pairs well with the construction of a genogram, which is a diagram of family relationships and behavior patterns. Once clients have identified a dominant narrative in their lives, I will spend some time with them constructing a genogram to help us both see and begin to understand their more complete life story.

Genograms allow clients and counselors to gain insight into how clients perceive the strengths, issues and relationships in their lives. I often ask clients to devise three-word narratives that describe their lives at different ages and moments. This allows us to contextualize how stories change; more importantly, it helps clients see where personal strengths lie during periods in which their stories were not problem-saturated.

Seeing life as a progression of narratives also encourages clients to begin thinking about two things: 1) alternative narratives to the dominant one that has brought them to counseling, and 2) how to use their strengths to build a path to achieve the alternative, just as they see they have done in the past.

The approach can work for a variety of presentations. The fictional examples that follow show how a counselor might work with a client on the issues of grief, depression, trauma and anxiety. Each example includes the identification of the initial three-word narrative, the reconstructed dominant narrative after client-counselor discussions, the externalized name for the presenting issue and, ultimately, the alternative narrative identified by the client.

Together, client and counselor will identify and form the path — using client strengths as well as other interventions — to move toward the alternative narrative.

The beauty of the three-word narrative is both its simplicity and its ability to mesh with other interventions, in short, creating an integrated approach.

In addition to three-word narratives and genograms, I have used interventions such as reframing, motivational interviewing, mindfulness, wellness, and even harm reduction. All of these can help propel clients toward insights about themselves or the first baby steps to envisioning preferred narratives.

More simply, three-word narratives invite further exploration and conversation in an effort to go deeper. Understanding a client’s narrative — in the moment, in the context of the past, and to gain a sense of a preferred future — requires push and pull between client and counselor.

I have found my journalist experience to be most useful in asking questions. Not the rapid-fire style that is something of a cliché in journalism, but the more thoughtful, open-ended questions that show empathy. Not surprisingly, the most effective journalists are the ones who show their sources empathy and seek to fully understand a story. That’s even more true, obviously, for counselors using narrative techniques.

Narrative therapy as embodied in the three-word narrative technique has two other positive aspects worth noting. First, the three-word narrative is a transparent technique, which is typical of narrative therapy in general. It requires the counselor to openly explain the technique and its goals from the start, which has the benefit of also engaging the client in the work of therapy. By discussing my own background from the first meeting with a client, I am modeling the art of storytelling. This type of sharing promotes a two-way dialogue with clients.

Second, three-word narratives, as with many other aspects of narrative therapy, work well in a multicultural context. A counselor who seeks to understand life narratives is promoting the unconditional acceptance of a client’s family, culture, influences and environment in the shaping of those narratives. This promotes trust in the therapeutic relationship and the promise of collaboration.

As I move forward with my career in counseling, I anticipate finding other parallels with my former life and putting those ideas to work. The goal? To help clients recognize the narratives of their lives — past, present and future. 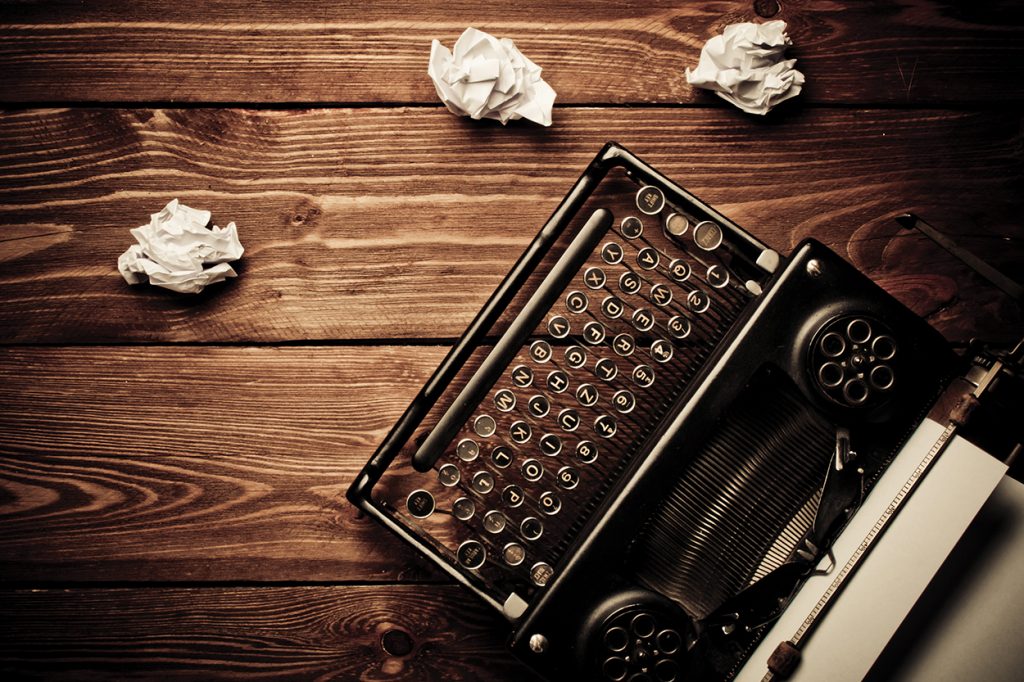 Les Gura has been interested in narratives his entire life. After 35-plus years as an award-winning journalist, writer and editor, his own narrative took a turn in 2016 when he entered graduate school to become a clinical mental health counselor. He earned his master’s degree from Wake Forest University in the spring and joined CareNet Counseling in Winston-Salem, North Carolina, in September. He is a national certified counselor and a licensed professional counselor associate. Contact him at lgura@wakehealth.edu.