As I was preparing to retire, I was already on the path to becoming a clinical mental health counselor. I was finishing the first year of my master’s program  in clinical mental health counseling and would start my practicum and internship in about seven months. Knowing that I wanted to work with veterans as a clinician, I reached out to our local veterans treatment court to see if I could observe some of the proceedings.

I had been in court before, having served a detail as a security escort for a court martial, but that was a military court—a legal venue that operates differently than the civilian justice system. This was a real courtroom, with the judge on the bench in a robe and everything. But that’s not what caught my eye when I first walked in. The first thing I noticed was a veteran sitting to the right in an orange jumpsuit, hands and feet in shackles.

We had served together about seven years before this; I was the company operations non-commissioned officer (NCO) in his unit. He was particularly memorable to me, not only because we were in the same company, but because I was there at the gate the day that he came back in from outside the wire after seeing  his platoon sergeant wounded by a sniper. If there was a blinking red line from that incident in 2006 to him sitting in the county jail, I was at both ends of that line.

The time in between, for him, was filled with medical problems, homelessness, addiction, disrupted relationships and involvement in the criminal justice system. It was a shock for me to see someone I served with in that situation. But I understood; many of us do. Veterans are significantly affected by the extremely traumatic events they routinely witness.

If you’re not familiar with veteran treatment courts, then you’re not alone. Even though the number of courts across the country are increasing, they seem to be unknown to those who are not directly involved with them. Throughout the nation, there are over 300 of these specialty courts that serve veterans.

The first veteran courts in the country were established in 2008. They are what are known as “problem solving courts,” modeled after the drug courts that were established in the mid-1990s. Not all courts are the same, and the different models vary by location, but they all are designed to help veterans get treatment for the issues that led to their involvement with the criminal justice system.

The problem-solving court model is one that addresses a particular issue with similar defendants using an interdisciplinary team of professionals to address the needs of the participants. Drug court, for example, provides substance use recovery treatment while addressing other risk factors that could lead to continued involvement in the criminal justice system. Some jurisdictions have other kinds of problem solving models such as DUI/DWI or domestic violence courts. 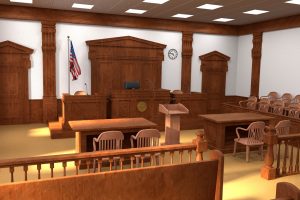 Veterans who become involved in the justice system frequently struggle with the difficulties that these other courts address. However, they are often experiencing many of these issues at the same time—creating the need for, in essence  substance recovery courts, DUI courts, mental health courts and domestic violence courts all rolled into one. Veterans treatment courts are designed to address these and other population specific needs with a multidisciplinary team that in addition to traditional court personnel such as a judge, the prosecution and defense, includes treatment providers, law enforcement, Department of Veterans Affairs representatives and a team of volunteer veteran mentors.

Some might argue that the regular criminal justice system has been handling veterans’ cases for years — why create special courts now? In the past, the elements that drove veterans to commit crimes were usually not unique to the military population. But multiple extended campaigns like those in Afghanistan and Iraq have created a large population of military members with extended conflict experience. As a result, there are situational and systematic influences on many current  veterans’ thoughts and emotions that lead to poor choices and reckless, dangerous behavior. I’m not saying that all who are incarcerated are innocent and misunderstood victims– there are veterans who commit heinous and horrendous crimes. The majority of veterans who are currently in the criminal justice system, however, aren’t hardened criminals.

In addition, veterans are usually not repeat offenders with a history of criminal behavior. That is the challenge when working with justice-involved veterans – determining the underlying motivation and reasons behind the dysfunctional and antisocial behavior. Treating the emotional and behavioral problems that lead to criminal behavior is one of the keys to helping veterans get—and stay—out of the criminal justice system. As a society, we need to have veterans return from combat and reintegrate, to get back into the workforce, engage in the public process, go to school, and become scientists and scholars.

The challenge, however, is that there is a period of adjustment for many veterans, and the difficulties it poses are different for everyone. For some, a lack of a sense of purpose and meaning in their lives leads to a period of wandering and aimlessness, and their behavior never rises to the level of criminality. It is a very thin line, however, that separates behavior that is reckless from behavior that violates the law, and many times veterans cross that line.

The majority of veterans leave the service strong and resilient. Many, however, do not, and that is a fact. Remembering that there are veterans who face, and fail to deal with, significant challenges is just as necessary as encouraging those who meet those challenges.

For more information on the effectiveness of veteran courts, a number of published studies such as this one has shown that graduates from these programs have a lower recidivism rate than others in the criminal justice system. 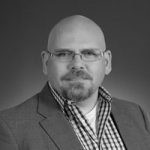