In an increasingly mobile society, it is not unusual for professionals in many fields to relocate for career or personal reasons. For those in professions such as human resources, information technology, publications and numerous other fields, moving to another area usually requires only a new employer. In fact, many professionals need not even seek a new office because they can telecommute.

But for professional counselors, moving requires obtaining licensure again in their new state. Because individual state requirements for licensure vary widely — particularly in the number of graduate semester hours, required coursework, number of hours of post-master’s supervised counseling experience, and examination requirements — it can be difficult and time-consuming for counselors to transfer their licenses. Additionally, most states also require that counselors be licensed in the same state in which their clients reside, which limits practitioners’ ability to provide therapy via telebehavioral health. Being unable to counsel from a distance doesn’t just limit counselors’ potential practice avenues but also often forces clients who move to seek a new mental health practitioner.

The American Counseling Association has long considered lack of licensure portability to be one of the most critical issues facing the counseling profession. The Building Blocks to Portability Project was one of the major initiatives to come out of 20/20: A Vision for the Future of Counseling, a yearslong strategic planning effort co-sponsored by ACA and the American Association of State Counseling Boards that involved 31 major counseling organizations. In June 2016, the ACA Governing Council passed the ACA Licensure Portability Model, which said:

“A counselor who is licensed at the independent practice level in their home state and who has no disciplinary record shall be eligible for licensure at the independent practice level in any state or U.S. jurisdiction in which they are seeking residence. The state to which the licensed counselor is moving may require a jurisprudence examination based on the rules and procedures of that state.” 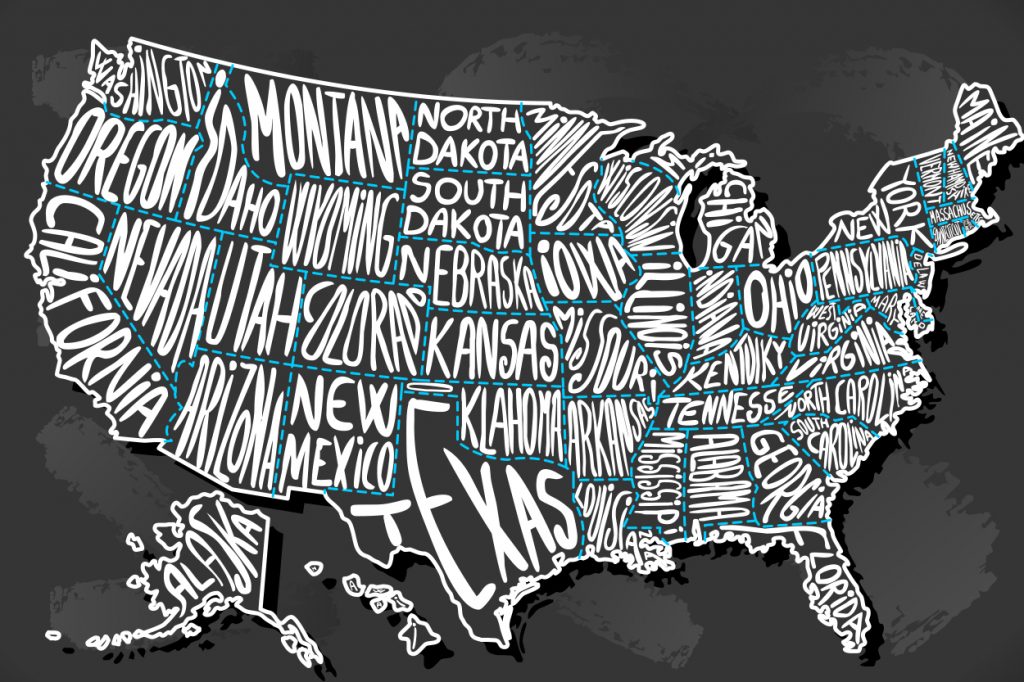 The compact “won’t be ACA’s plan or any other group’s [plan],” says Lynn Linde, ACA’s chief knowledge and learning officer and staff point person for the interstate compact project. “What is being proposed is what we expect the licensing boards will agree to given their input. That’s why it’s the best option.”

How an interstate compact would work

What, exactly, is being proposed? According to Linde, states that join a compact would be agreeing to accept the credentials of professional counselors who are licensed in another state. Individual state licensing boards would be allowed to impose additional requirements such as a jurisprudence exam or an FBI background check, but the compact would not change professional counselors’ scope of practice, Linde explains. Individual counselors would be required to hold a valid license from the state of their legal residence. Counselors could then apply to the compact to be licensed to practice in other states that have agreed to participate in the compact.

Although the process sounds relatively simple, implementing the interstate compact for portability is a multiyear process. In January 2019, ACA signed a contract with the Council of State Governments’ (CSG) National Center for Interstate Compacts (NCIC) to conduct the work. NCIC has divided the project into three phases:

(For more detailed information on the interstate compact process, access a fact sheet at tinyurl.com/vlh3gk2 on ACA’s website.)

Where are we now?

In October 2019, the advisory group, composed of ACA members, representatives from state licensing boards, state legislators, and attorneys for state licensing boards, met in person. Follow-up phone meetings were held in November, December, January and February. During these calls, the advisory group members had an opportunity to further discuss how they wanted to handle specific elements of the compact and talk with representatives of other compacts, Linde says.

A drafting team, composed primarily of lawyers who serve on the advisory group, lawyers from NCIC, and several other professionals who have specific expertise in licensure requirements, has been created and was scheduled to meet in March, Linde says. The goal is to produce a draft compact by May or June of this year. The draft will go back to the advisory group for review and then enter the formal CSG compact stakeholder review — an eight-week process for gathering feedback from state licensing boards, state legislatures, and state and national membership organizations. The drafting team will review the feedback and make any needed changes. The updated draft will then be presented to the advisory group, which will either endorse it or make further changes.

Once the advisory group endorses the final version, the plan will be presented to the states and phase II, the legislative process of implementing the compact, will begin. (Visit tinyurl.com/unav9ta for more detailed information about the drafting and implementation process.)

For more details on the compact project, see the ACA webinar “Interstate Compacts for Professional Counseling: The Pathway to Licensure Portability”

Laurie Meyers is a senior writer at Counseling Today. Contact her at lmeyers@counseling.org.