The nation is poised at a historic moment in which the American people’s recognition and understanding of the injustices that happen every day in Black and brown communities is at an all-time high, said Rep. Anthony Brown, D-Md., one of the speakers at the American Counseling Association’s Legislative Briefing on Racism, Police Reform and Mental Health held via Zoom on Wednesday, Oct. 14. He urged legislators, policy makers and advocates to use this awareness to make truly transformational changes to police departments.

Organized by ACA’s Government Affairs and Public Policy department, the briefing consisted of a bipartisan panel of national and local legislators.

ACA CEO Richard Yep opened the session with a statement noting that the association denounces all forms of racism, police brutality, systemic violence and white supremacy. The briefing was offered to ACA’s membership, legislative staff and advocates who are working on bills currently before the 116th Congress, specifically focusing on racism, police reform and mental health.

MSNBC commentator Aisha C. Mills, a longtime political strategist and social impact advisor moderated the briefing. Before turning the discussion over to the first panelist, Brown, she took a moment to acknowledge the pain that was happening in communities all over the country as a result of interactions with police departments.

“It’s fraught—there’s a lot of tension,” Mills said. “One of the conversations that too often gets lost is that law enforcement responds and reacts in a way that is about safety, is about duty to protect communities and is not always able to be flexible and sensitive to the needs of people who are struggling with mental health issues.

“We’re hopeful that through this conversation, we will learn about a variety of solutions that policy makers are thinking about—legislation that can be moved and … that the counseling community will be able to connect with ways that you all can be in better partnership with law enforcement and legislators as we all try to seek solutions together,” she concluded.

The role of mental health in transforming community policing

Mental health professionals play a vital role in the broader public health of our communities, noted Brown. Their expertise must be a key feature in work to combat racism—particularly in police departments.

“The killing of Black Americans at the hands of the police is an epidemic in this country—one that has existed for decades and has gone largely unaddressed,” he continued. The deaths of George Floyd, Breonna Taylor and countless other Black men and women has highlighted the need to fundamentally transform policing in this country.

“I believe we should start by changing the culture of policing by moving the officers who protect us away from a warrior cop mentality toward their proper goal as community guardians,” Brown emphasized. “We must also recognize and acknowledge that officers are often tasked to respond to certain situations where they don’t necessarily have the proper training.”

Police officers are often unable to properly understand the citizens and communities that they are confronting or engaging with and thus cannot  properly de-escalate or manage a situation, he said.

“Since 2016, nearly a quarter of the people killed by police officers have had a known mental illness,” Brown said.

He believes that calling upon the expertise of mental health professionals is a vital part of preventing such tragedies.

“I believe we can save lives by acting more with compassion and understanding rather than force,” he said. “We can save lives and livelihoods when we stop criminalizing mental illness and addiction by instead providing resources and help to those who need it. We must also provide structural reform in police departments.”

This was the intent of H.R 7120, the “George Floyd Justice in Policing Act,” which was passed by the U.S. House of Representatives in June.

The George Floyd Act seeks to transform police departments by reducing their militarization by preventing the transfer of military equipment from the U.S. Department of Defense to local police departments, removing bad officers and banning harmful practices such as choke holds and no-knock warrants. It also proposed training for police departments on diversity and cultural sensitivity, including how to end racial, religious and discriminatory profiling.

“We know that this legislation alone won’t be enough,” he said. To establish a more just country, we need to invest in long neglected policies and programs that meet the social needs of communities and address the structural disparities that harm Black and brown families, Brown said.

This month the House passed the Strength in Diversity Act of 2020 (H.R.2639) to address the persistent racial disparities in the education system. Brown authored an amendment to the act that would provide funds to recruit, hire and train more school counselors.

On the other side of the aisle—and the other body of Congress—Jake Hinch, legislative assistant to Sen. James Inhofe, R-Okla., said that the senator had become interested in the intersection of mental health and policing because statistics show that approximately one in 10 police calls and one in four shootings involve someone with a mental illness.

Inhofe believes that one of the ways to address these issues is with S. 1464, the Law Enforcement Training for Mental Health Crisis Response Act of 2019, which would provide state, local and tribal agencies with federal grant funding for behavioral crisis response training. Inhofe believes that the training would provide knowledge that would assist police officers when responding to calls that include people who are suspected of being under the influence of drugs or alcohol; are possibly suicidal or suffering from mental illness.

A call for counselors to lend their expertise

Charlyn Stanberry, chief of staff for Rep. Yvette Clarke, D-N.Y., began her portion of the panel by noting that Oct. 14, the date of the event, would have been George Floyd’s 47th birthday.

We are in a period of reckoning when it comes to systemic racism, police reform and mental illness, she said.

Rep. Clarke is the vice-chair of the House Energy and Commerce Committee, which has jurisdiction over healthcare—including mental health, Stanberry noted. As part of the Congressional Black Caucus (CBC)—which was specifically tasked by Speaker of the House Nancy Pelosi with putting together the George Floyd Policing Act—Clarke was involved with the public health aspects of the bill, which included discussions on how public safety in all communities could ultimately be reimagined so that it is just and equitable. In practice, such an effort would require bringing all stakeholders, such as law enforcement, mental health professionals and constituents to the table. One of the ways the CBC sought to ensure that would happen was by including a provision within the bill for providing public safety innovation grants for community-based programs, Stanberry explained. The grants would go toward creating task forces that would examine how policing would fit into the community and contribute to public safety in an equitable way.

“That’s a big part of what we as individuals and counselors need to think about,” she said. “How can you play a role if these grants are brought into the communities and talk about what this new 21st century police, community policing or public safety looks like?”

Hinch said that discussions like the ACA briefing are essential for him and other staff to stay aware of crucial issues. Legislative teams cover a lot of different subject areas and rely upon experts to educate them.

“It’s important for counselors to come to their representatives in Congress to explain what the issues are and what they can do better,” he said, adding that Sen. Inhofe wants to hear from everyone, whether they be Democrat, Republican or Independent.

“It’s vital for the senator that we continue to have these kinds of conversations,” Hinch said.

Stanberry added that although they are entering a lame duck session, the 117th Congress will be in session in January. There will be a lot of hearings that have to do with mental health, and she is officially issuing a call for research and expertise from counselors.

The final speaker was Georgia State Senate Majority Leader Bill Cowsert, the head of the state Republican party and chair of the Senate Law Enforcement Reform Committee, which is looking at police practices and procedures. The committee’s intent is to see if police officers are receiving sufficient training to prepare them to deal with potentially confrontational situations such as crowd control or serving warrants or any incidents in which mental health issues may come into play, Cowsert explained. They’ve only had one meeting, but what the committee found is that throughout the country, police departments seemed to be getting a lot of training in de-escalation. Cowsert said he and the committee believe that the training could be improved upon. They intend to hold a hearing with members of the local mental health community in order to gain insight on how to improve training. 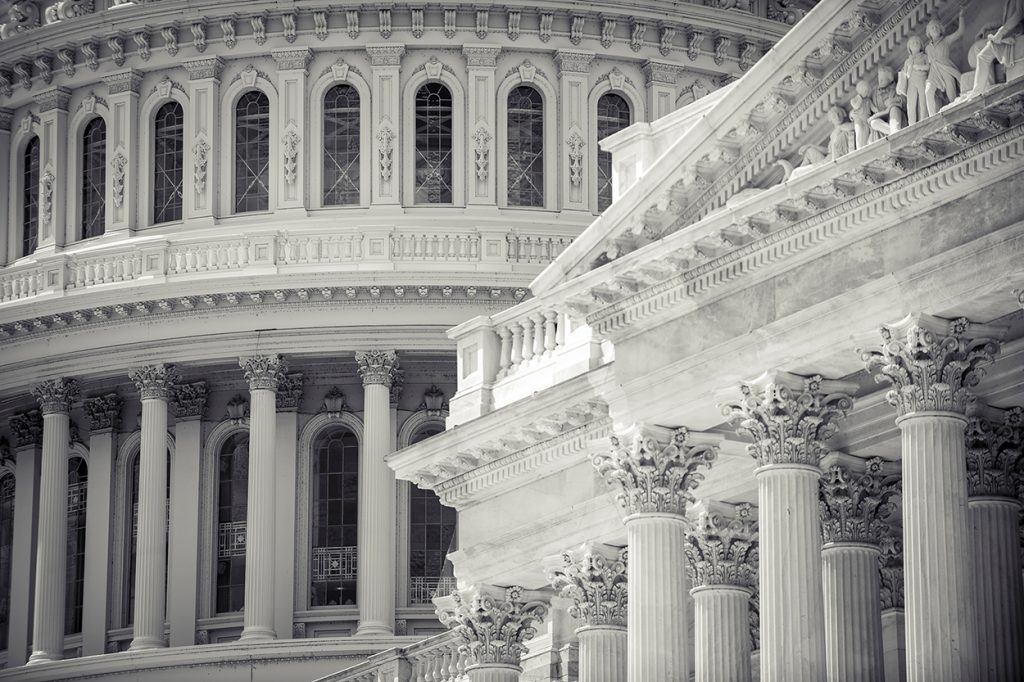 Laurie Meyers is a senior writer for Counseling Today. Contact her at lmeyers@counseling.org.