The climate of intolerance, anger and, to put it plainly, hate, that was encouraged to bloom during the past four years have kept Jessi Eden Brown busy as the professional coach for the Workplace Bullying Institute (WBI) and in her private psychotherapy practice in Seattle. According to the WBI, targets of workplace bullying consistently reported more frequent and more brazen attacks, crippling sabotage, and mobbing based on known or assumed opposition to the Trump administration. Brown has seen this trend playout in her private practice and in her coaching work at the WBI. In the weeks surrounding the insurgent attack at the U.S. Capitol, two of Brown’s clients reported that workplace harassment had escalated to personal property damage.

“One had, ‘Trump 2020,’ scratched into the hood of his car in the employee parking garage,” says Brown, a licensed professional counselor. “And the other told me his locker was broken into [and] the contents [were] soaked in red paint, one day after the U.S. Capitol riot.”

The division between mask-wearers and anti-maskers during the pandemic has also created a pernicious type of bullying, Brown says. “For example, one client told me that three workplace bullies have ‘fake coughed’ in her direction for months, often followed by snickering and 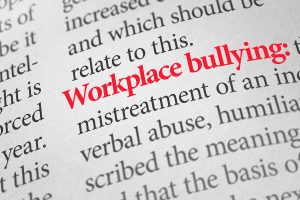 occasional obscene gestures. She said she considered reporting the problem to HR or management, but her last grievance resulted in retaliation, so she has opted to try to ignore it and keep wearing a mask.”

The pandemic has also contributed to an uptick in bullying in other ways, Brown says. “At the beginning of the pandemic, many of my clients reported an overwhelming sense of relief as they transitioned to remote work [and were] no longer required to face their bullies in person,” she explains. “Bullying tactics such as micromanaging, nonverbal intimidation and public humiliation were dampened by distance. However, for some clients, that period of calm was short-lived, as bullies began to weaponize the very technology we rely on to work from home. Clients told me their invitations to essential Zoom meetings were ‘somehow overlooked.’ They talked about the relative ease with which bullies manipulate reports and documents, craftily overinflating their contributions and minimizing the target’s value.”

The economic collapse brought on by the pandemic is also being wielded as a weapon, according to Brown. One client’s boss regularly makes threats such as “This is not the time to be jobless, so you really don’t want to screw up next week’s presentation.”

Brown says that, understandably, most of her bullied clients fear leaving their jobs during the pandemic, despite the abuse they are subjected to.

“Sometimes there are ways to push back and advocate for yourself; other times that may only make things worse,” she says, noting that the outcome is highly situationally dependent. “I work with my clients to explore their options and refocus whenever possible on addressing their health. Setting boundaries, boosting self-care and seeking outlets for processing pain and frustration — all might help the client survive in the job until the outlook is more positive.”

“A couple of my clients have reached their absolute limits in dealing with workplace aggressors and have opted to resign, transfer or prematurely retire despite the extraordinary uncertainty of a global pandemic,” Brown continues. “One client is taking advantage of the opportunity to return to school and recast her career in a different direction. The other is taking a bit of time off, living on savings and repairing his health — knowing he has a financial cushion of exactly six months. As that deadline draws near, we will plan out the next steps and, ideally, he will reenter the workforce feeling a bit recharged and focused on creating a fresh start.”

These are difficult situations to face in counseling, Brown acknowledges, and she sometimes becomes concerned for the safety of her clients. “First, I listen to their account of the incident, allowing the client to process the fear, anger, confusion and vulnerability that comes with being persecuted,” she says. “From there, we talk about any steps — minor as they may be — to help the client feel safer.”

For example, because his house keys and wallet were in the locker when someone broke into it, Brown’s client decided to change all of his locks at home and add two more security cameras to his home system.

In cases that involve bullying that is potentially criminal, Brown and her clients discuss whether to file a police report or take any other formal action, weighing the costs and benefits of these decisions.

“I also research and pass along any specific resources that might offer additional support for my client, such as hate crime victim support groups, PTSD [posttraumatic stress disorder] groups … Unfortunately,” she says, “as things continue to deteriorate in our society, it is challenging to help these individuals fully regain a sense of safety, which is something we often recognize and address openly.”

“I have witnessed the combined effects of a divisive Trump administration, a deadly global pandemic and an intense racial reckoning precipitate enduring traumatic injuries on some of my clients. Often,” Brown concludes, “I think the repair and healing work we do in therapy is only just beginning, and even more challenging times lie ahead.” 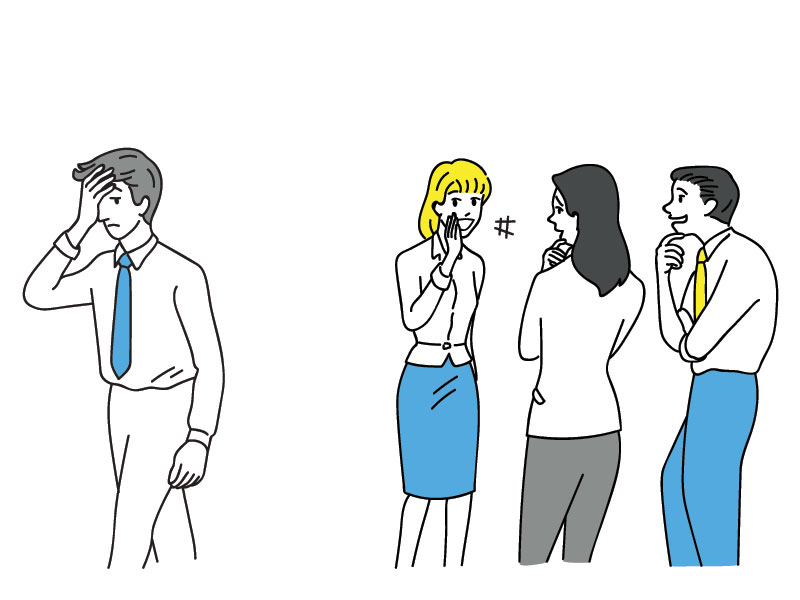 COVID-19 has largely redefined where people work, how people work and the workplace challenges that confront employees as they try to make ends meet. Read more in the article “Working our way through the pandemic,” in the March 2021 issue of Counseling Today.

Laurie Meyers is a senior writer for Counseling Today. Contact her at lmeyers@counseling.org.