Dr. Irvin Yalom, an American existential psychiatrist and emeritus professor of psychiatry at Stanford University, is renowned for his ability to probe into the human psyche and for his interpersonal therapy groups. During the keynote to kick off the second week of the American Counseling Association’s 2021 Virtual Conference Experience, he offered a peek into his own life, sharing how therapeutic relationships have helped him personally and professionally, including in processing his grief over his wife’s death.

As part of the keynote, Jude Austin, an assistant professor and clinical mental health counseling track coordinator at the University of Mary Hardin-Baylor and a private practitioner in Temple, Texas, spoke with Yalom about his early life, the beginning of his professional journey, his status as an icon of the mental health professions, and his latest book, A Matter of Death and Life.

After earning a Doctor of Medicine from Boston University School of Medicine, Yalom completed an internship at Mount Sinai Hospital in New York and a residency at the Henry Phipps Psychiatric Clinic of Johns Hopkins Hospital in Baltimore. Yalom said it was during his residency at Johns Hopkins that he discovered the field of interpersonal relationships and became “more interested in working with people rather than with medicine,” which set him apart from other psychiatry students.

He credits Existence, a book co-edited by Rollo May, an American existential psychologist, with introducing him to the interconnection between philosophy and psychiatry. It also prompted him to enroll in a yearlong philosophy course at Johns Hopkins while completing his residency.

At the time, psychiatry professor Jerome Franks served as an influential mentor to Yalom, who recalled spending hours during his training observing Franks’ therapy groups through a two-way mirror. This experience taught him that therapy was relational, he told the keynote audience. Franks’ therapy groups focused on how the group members related to one another. “It [wasn’t] about their parents and early life, etc. … It [was] looking at interpersonal relationships,” Yalom explained.

Yalom said that a mistake he made with a client years later served to remind him again of the importance of the client-therapist relationship. He found that he couldn’t connect with this particular client during their session. He felt disappointed and considered it one of the least successful sessions he had ever had, which he mentioned in his session notes. Then he committed a therapist’s worst nightmare: He accidently emailed his session notes to the client, not himself.

The client wrote back, acknowledging that she was hurt by his comments. In their next session, however, things changed because she opened up. Yalom learned that she was training to be a social worker and was reading his group therapy textbook in her class. “I interpreted her behavior in the here and now as being indicative of her inability to relate to people, but in fact it was something else entirely. All these people were praising my textbook, and she just felt very intimidated by me,” he said.

“Working on the here and now is working on the space … between me and patient,” Yalom noted. He explained that when he does single-session consultations, at some point, he will say, “Let’s take a look at how you and I are doing in this session. What’s that like for you?” He finds that the relationship between the therapist and client is often a microcosm of their relationships with other people.

Finding his way through grief

Yalom told the keynote audience that he and his wife, Marilyn Yalom, who was a world-renowned scholar in gender studies and a professor of French and comparative literature, were inseparable from the time they met when he was 15 years old. When they discovered that she was dying of cancer, she asked him to write about the experience with her. He agreed, and they wrote A Matter of Death and Life, which provides a candid description of how she prepared to die and how he struggled (and continues to struggle) to live without her.

After Marilyn’s death in November 2019, Yalom found himself rereading his own books, which he acknowledged has been very good therapy for him. He recently reread his 1999 book Momma and the Meaning of Life: Tales of Psychotherapy, particularly the chapter “Seven Advanced Lessons in the Therapy of Grief,” with renewed interest.

He recalled a former patient who repeatedly complained that he had a “perfect life” and couldn’t relate to how she felt. Yalom said that he would argue with her and ask, “Do we have to be the same for me to treat you?”

After losing his wife, Yalom said, he has reflected on that past experience with the patient. “Now, going through this, I think she’s right,” he admitted to the audience. “I know how she feels. I could do a better job with her now.”

Austin observed that it takes courage to be in the here and now with clients and asked Yalom if he had any suggestions for counselors who are struggling to be present with clients. Yalom’s advice: Go to group therapy.

“Group therapy is an enormously good way for you to really look at how you can present yourself to other people. And if you’re being evasive [and] you’re not letting people in, the group will let you know,” he said.

He also encouraged counselors to enter therapy because it allows them to experience various therapeutic approaches firsthand. That is a great way to learn how approaches work and how they each offer something different, he asserted.

Yalom also shared a technique that he has applied with his own groups. He dictates summaries of what happens in group sessions and emails those notes to the group members so they can discuss that perspective in the following session. Yalom noted that the group members often argue with him about how he got it wrong, but such conversation leads to deeper discussion and insight about how we relate to people.

Yalom told the audience that he has been in and out of therapy several times and is currently in therapy as he processes his grief over the loss of his wife. His honesty about his experiences — both in his professional life and his personal life — is a comforting reminder of the humanity of therapists. It sends an inspiring message to other mental health professionals that they too are still growing and learning, and that is how it should be. 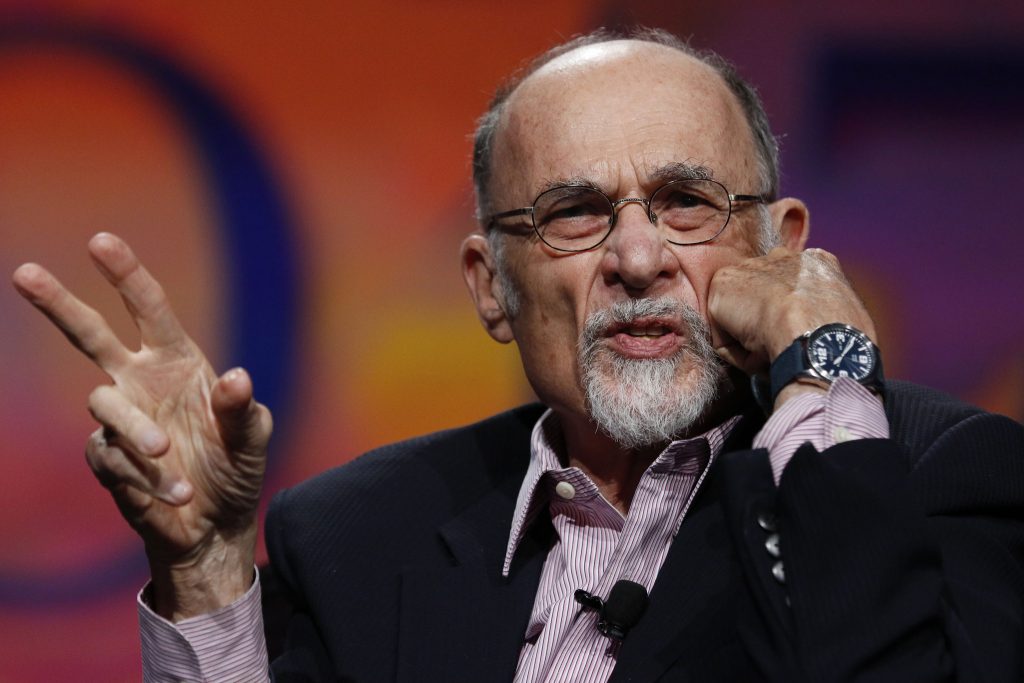