He wasn’t a counselor, and I wasn’t seeking any interventions, but a single powerful moment with a mentor changed my life. His name was Mr. Rouse, my sixth-grade teacher. He had been teaching at my tiny little schoolhouse for only a couple of years. My elementary school was a brick and stone structure that was built in the 1890s and had served our rural community for decades. Nearly every student walked to school or rode a bicycle, so only two or three buses lined the curb in front of the building each day. Almost nobody rode to school in a parent’s car.

Mr. Rouse had been my older sister’s teacher during his first year at our school, and he most definitely made a splash. He was one of only three male teachers in the building. That was unusual enough, but he was anything but traditional. Bearded and rough in his demeanor, he never wore a tie — this at a time when even students sometimes wore ties and dress shirts. He would teach in the United States for however long it took him to earn enough money to go overseas, and then he was gone again to teach in some remote village halfway around the world.

I don’t know how he picked our little village for one of his money-raising sabbaticals from overseas work, but I’m glad he did. I will mark my sixth decade of life this summer, and yet his face and voice are still clear in my mind.

I was a mediocre student who never took my studies seriously. Even though I was an avid reader very early in life, I liked playing baseball, riding bikes and climbing trees far more than schoolwork, and each school day was a countdown until I was free to get on my bike and head home. Equally significant, I never thought I was very smart. Nobody ever gave me any clear reason to think otherwise until Mr. Rouse.

One of his routines was a weekly spelling test composed of 10 words. Any and all students who got 90% or higher on every test throughout the year were invited to a local restaurant with him to celebrate in May. My sister made that goal and got her picture in the local paper with her fellow classmates and Mr. Rouse at the restaurant celebration.

I stayed in the game until just after Christmas break when I missed two words on a weekly test. My score of 80 meant I was out. It didn’t really surprise me that I hadn’t made it, but I was disappointed. Mr. Rouse came to my desk sometime that day and sat in the seat beside me, his huge body squeezed into the ancient drop-down desk — the kind with the inkwell in the upper corner. We went over my spelling words, and the mistake I had made was a simple one.

“Greg, you are too smart to make a mistake like that. You could have finished the year,” he said matter-of-factly. I could see that he believed I was smart and that he believed in me. I never wanted to disappoint him again.

Many years later, after a rough freshman year in college, I thought of Mr. Rouse as I worked to salvage my GPA. I also thought of him when I applied to graduate school and yet again when I applied to my doctoral program. As some of my classmates withdrew from our Ph.D. program, I remembered his words, “You could have finished,” and I pushed through.

I’m so grateful for Mr. Rouse, but he also taught me something very therapeutic. I don’t remember anything else from that sixth-grade year or about him. I moved on to junior high the following year, and Mr. Rouse moved on to his next adventure the year after that. I never saw him again, but the power of that one moment — just seconds in my long life in a sixth-grade classroom — influenced me forever. I suspect that if I had ever gotten the chance later in life to ask Mr. Rouse whether he did that on purpose, he would probably have said no. He was just a good teacher doing his job, but it was a powerful moment that he took advantage of, and we can’t always plan those times.

So now I think of him every time a client comes through my office door. I have my agenda and activities ready to go, but it may be just one serendipitous moment — maybe even a moment I don’t recognize at the time — that changes them forever. 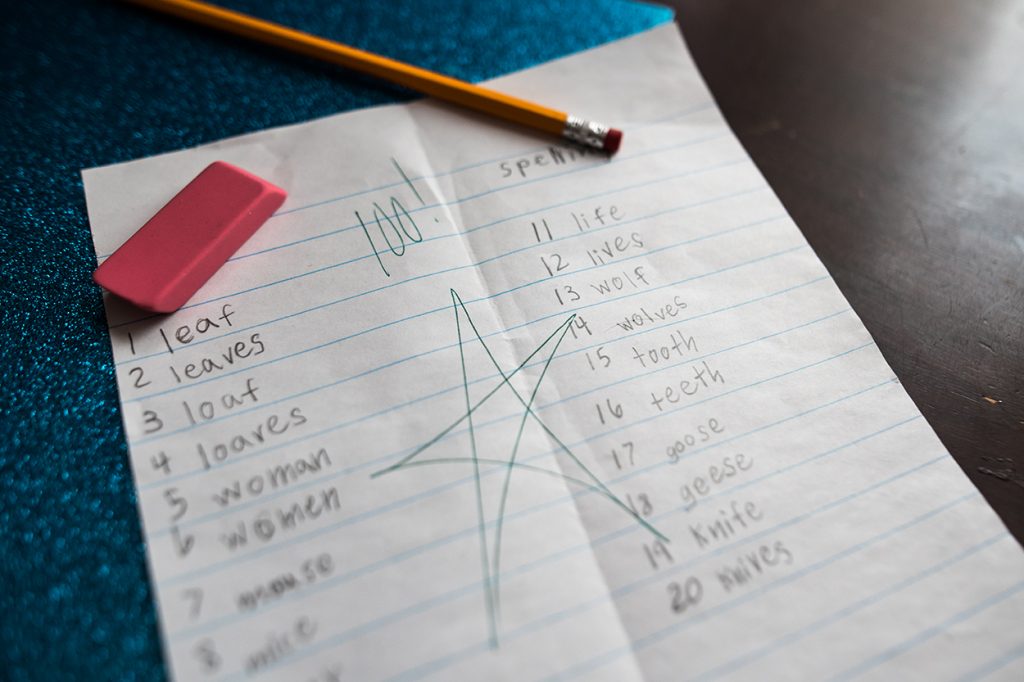