He was court mandated, and to stay out of jail, he was required to engage in several months of anger management counseling, among other things. I was his choice as a counselor.

An incident of road rage had resulted in this outcome. The other driver had recklessly cut my client off on the interstate. His temper flared, and he pursued the other driver, eventually bumping her car and nearly causing an accident. The other driver was a young mother on her way to work with two children in car seats in the rear of the van. She called the police, who pulled my client over and arrested him.

My client didn’t have a single mark on his police record prior to this incident and said he had never done anything else like it in his 38 years of life. In our early sessions together, he was as befuddled by his behavior as the frightened young mother must have been on the highway. 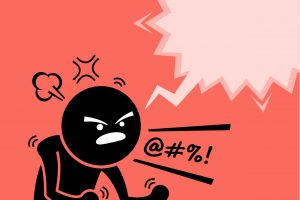 Anger is a fascinating emotion. It is completely visceral. You can’t “decide” to be angry any more than you can decide to fall in love with someone. Instead, in a way, anger attacks us out of the blue, as it had done to my client.

People express anger differently depending on a variety of factors, including personality, coping skills, history and context. Regardless, we are all its victims at one time or another, and sometimes this emotion deceives us. In fact, anger can be much “safer” for us to express than other emotions. A counselor once told me that depression is really hidden anger, and while that may often be true, I believe the opposite is also true. It is sometimes easier to be self-righteous and angry than it is to admit that your heart is hurting.

I’ve had clients who have threatened others with weapons, engaged in violent road rage, and even some who have killed their workmates. Very few of these people planned their behaviors ahead of time. They acted spontaneously in the heat of passion (pardon the cliché).

I have witnessed anger many times in my clients, and I’ve recognized some things that help me manage it. Early in my career, “anger management” involved a set of techniques such as deep breathing and the development of varied coping skills. While those are certainly important areas on which to focus, I was missing a piece of the puzzle at the time that is also critical in managing anger.

Anger has three common components or pieces, and if we help our clients address these three issues, they will have new tools for coping in a variety of situations.

The first component is loss of control. When all of our tools for coping are expended, we are reduced to primitive behaviors. Think about how illogical (yet common) it is to push an elevator button repeatedly. In the midst of our frustration, we push the button again and again, even though we know it won’t help. This is where the use of deep breathing (or another relaxation technique) is very helpful.

A second component of anger is that the precipitating event is perceived as personal. My client perceived that the other driver was doing something deliberately to him (as if she had planned specifically to make him angry) when, in fact, she was simply in a hurry and wasn’t thinking. The irony in road rage is that we depersonalize the other driver and at the same time perceive their behavior to be a personal and intentional attack on us.

Finally, the third component is a belief that one has been wronged — that life isn’t fair. My client believed that “other drivers shouldn’t be so careless.” In a way, he was trying to make the world fair by righting a wrong. That thinking is quite illogical but very common in road rage incidents.

The rage my client experienced had occurred partially because his defenses were down. He had just wrapped up a very bad day at work, his home life was at a low point, and in the safety of his car — his own domain — he let his normal coping skills fly out the window.

After weeks of counseling work, my client went on about his life a much healthier person. By looking at these three pieces of anger, he was able to learn to recognize cues and apply anger management techniques. I hope he’ll never see the back seat of a police car again.