Intimate partner violence is increasing at an overwhelming rate among teens and young adults. Because of this, sexual violence is also increasing. Due to the lack of education and awareness in this area, it often goes unreported to authorities.

To better understand the topic, we first have to define it. Sexual violence involves forcing or attempting to force a partner to take part in a sex act or sexual touching when the partner does not or cannot consent. It also includes nonphysical sexual behaviors such as posting or sharing sexual pictures of a partner without their consent or sexting someone without their consent.

While facilitating groups and programs with young people in Omaha, Nebraska, I found that 3 of 10 participants were victims of sexual assault by a partner and didn’t know it. They were unaware that the actions of their partner were classified as abuse.

This has been consistent with all groups, classes and programs that I have facilitated. It is important to bring awareness to how under-reported this issue is among youth. In many cases, it’s not only those who have been victimized who are unaware they have experienced sexual violence. Believe it or not, the perpetrators of such abuse can lack awareness that they are using abusive tactics such as manipulation and coercion.

The need to talk about sex

A lack of education in this area exists in part because it is typically seen as taboo to talk about sex and consent with youth. Among those who are victims of sexual violence, physical violence or stalking by an intimate partner, 26% of women and 15% of men report that the abuse or other forms of violence took place before age 18.

Many parents think that talking about sex will encourage their children to engage in sexual activity before they are ready, despite there being no solid research to support this belief. So, because parents aren’t teaching it at home and because the sex education being taught in schools is pretty much limited to “have sex and you’ll get pregnant or catch a sexually transmitted infection,” many youth don’t have a proper understanding of what consent actually is.

Some victims believe they have to have sex with someone because it’s their “job” as a partner. The urban proverb of “what you won’t do, someone else will” reigns in the heads of our youth, making them believe they must have sex to keep a person’s interest. There are also young people who have not been taught to accept the word “no,” so when their partner says it, they don’t believe it or accept it. They either continue to try until their partner gives in or they become aggressive because they feel “disrespected.” This is the behavior we must bring attention to as counseling professionals. But to do that, we must figure out where it starts, how it starts and why.

Overall, youth who offend are more likely than youth who do not offend to have backgrounds involving fetal alcohol spectrum disorders, substance abuse, childhood victimization, academic difficulties or instability in the living environment. Studies performed on youth offenders show that youth who have been faced with adversity are at a higher risk to offend. These studies seem to be suggesting that these problems are rooted in familial dysfunction.

The message of entitlement

My work with youth has exposed several issues with parenting when it comes to young people understanding and accepting the word “no.” Many parent do not seem to grasp that every decision they make will have an impact on their children one way or another. Raising entitled children may not seem like such a big deal when they are younger, but those small, cute children have to grow up someday.

Not telling a child “no” to avoid hurting their feelings or hearing them cry is common. We want to protect our children from the harsh realities of the world and try to soften the blow by giving them the things that make them happy. But what happens when that child turns into a teenager and can’t accept the concept of “no” because they literally don’t know how. What happens when that sweet baby grows up learning that “no” doesn’t really mean no? That if they keep asking, become aggressive, act intimidating or annoy someone enough, that “no” can turn into a “yes”?

Kids who can’t accept no for an answer or perceive rejection as a form of disrespect take these behaviors into adulthood and are more likely to abuse. Once again, it may not be intentional. They may not even see themselves as abusers. This has simply become their norm, a learned behavior that has been accepted rather than corrected, leading them to believe that the person saying no is the one with the problem — not them.

In the counseling profession, we not only have the ability to work with youth victims and perpetrators; we can also offer support to the adults in their lives. We can speak to the importance of supporting the development of healthy, respectful and nonviolent relationships. It is critical that we take advantage of our access and give parents tips on how to navigate through these tough situations.

During the preteen and teen years, it is critical for youth to begin learning the skills needed to create and maintain healthy relationships. These skills include knowing how to manage feelings and how to communicate in a healthy way.

We can all work together to end the cycle of teen dating violence and teen sexual violence by encouraging adults to create safe and brave spaces for our youth. This involves creating spaces at home and school where youth feel safe to come to an adult to have open and honest conversations. It should be a place of trust and support, not judgment and anger.

We often focus on making sure that adults involved in domestic violence situations are connected to programs and services, but we tend to forget about how children are affected by the abuse. As we encourage adults to seek counseling, we should encourage them to seek therapy for their children as well. Second-hand violence is just as impactful as firsthand violence. 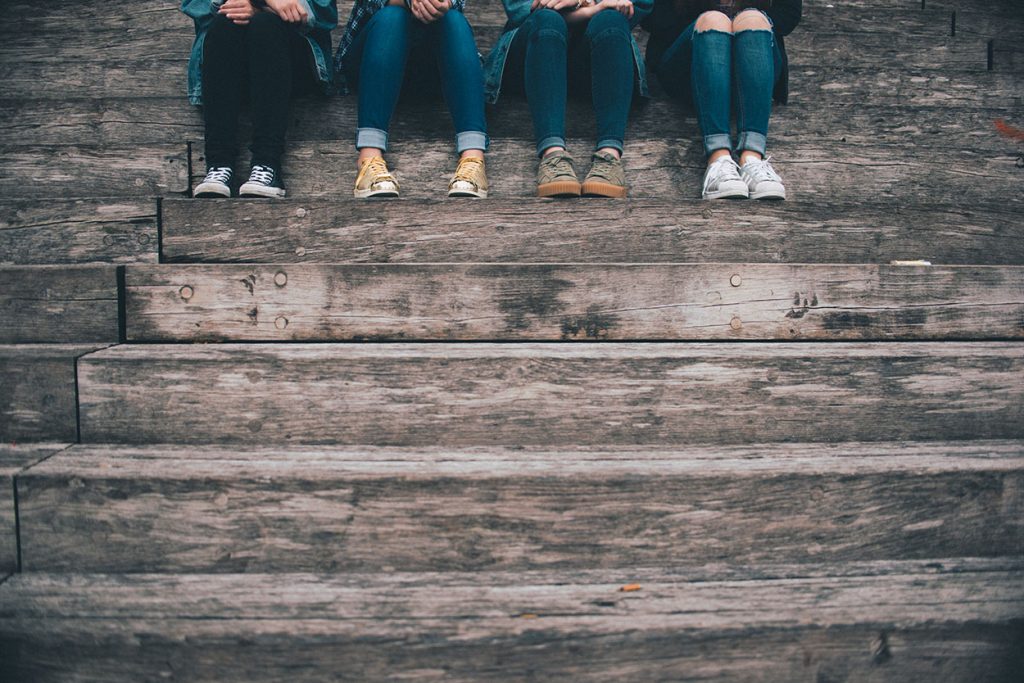 Being willing to be uncomfortable

In working with youth, we need to get used to the idea of introducing the concept of consent and safe sex at an early age. Contrary to popular belief, this will not encourage youth to have sex. It will, however, ensure that they are properly educated and prepared when they do decide to engage in sexual activity.

Finally, we must create the possibility for prevention. Sex education should include more than discussions about pregnancy and sexually transmitted infections. Safe sex should refer not only to using condoms and contraceptives but also to discussing actual safety. Safety includes consent, mental and emotional safety, physical safety, the environment, etc. Using a condom does not make sex safe.

I had a client say that she hadn’t been raped because she didn’t scream and he used protection. We must change the narrative of what rape looks like in our society. We have to educate our youth in all things concerning sex, not just the parts that are comfortable to discuss. Then and only then can we begin to end the cycle of teen dating violence and sexual violence.

Leontyne Evans works as the survivor engagement specialist for Survivors Rising, where she helps to empower and uplift survivors by providing education and resources that encourage survivor voice and self-sufficiency. She is a published author of two books, Princeton Pike Road and Relationships, Friendships and Situationships: 90 Days of Inspiration to Keep Your Ships From Sinking, both of which support her mission of ending the cycle of unhealthy relationships. Contact her at leontynesurvivorsrising@gmail.com.