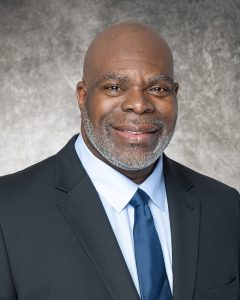 Hotep, ACA! Let me stop here and rewind. Some of you may be wondering why I choose to greet you in this manner. It has come to my attention that the good folks reading this message might not get the intent behind my use of the term hotep. They might feel compelled to Google it and thus find alternate meanings, some of which are problematic and not at all in line with my usage of the term.

So, before it takes on a life of its own and before you ask, “What on earth is Kent doing? Why is he using such a word when his messages are generally geared toward unity and inclusion?” let me offer a little history lesson. Just know that the word and its original intent have been somewhat co-opted. For my purposes, hotep stems from the Egyptian culture and means “to be at peace.” Basically, it is asking “What’s good with you?” When used in this vein, hotep is a contemporary Black culture greeting. So, essentially, I am just keeping it real and inviting you ALL in.

In the United States and globally, Black pride and social justice movements such as Black Lives Matter provide critical help and strengthen the resolve of those of us fighting to dismantle systemic racism. The traumatic loss of African heritage resulting from the trans-Atlantic slave trade created a gap. That gap is now being gloriously filled as we reclaim our heritage, which is built upon enriching memories of the homeland. For me, it is a historic awakening and a renewed connection to Africa that consummates my unique African American identity. This phenomenal ethnic identity encompasses a culture where African customs, which have long survived a history of colonialism, have been altered to embrace my new American perspective and reality.

During the early to mid-20th century, a time when Blacks were very much ostracized politically and economically in the U.S., in addition to being socially disenfranchised or marginalized, Afrocentrists such as Molefi Kete Asante and Black scholars such as W.E.B. Du Bois brilliantly showcased the relationship between ancient Egypt and innovative Black/African Americans in efforts to instill a sense of community pride related to Black excellence. Hence … Hotep!

Hard pivot: Speaking of trauma and loss, I had a very interesting conversation recently with a colleague, Dr. Ebony White, about how we experience loss and grief. It was stated exactly that way — loss and grief — and not in the order we typically hear (grief and loss). This gave me pause, but it is now how I choose to verbalize it as well. Loss inevitably is the precursor to grief. One grieves because one has lost something that had significant meaning in one’s life.

The switching of the terms was very eye-opening and deliberate to me from a counseling perspective. Perhaps it is true that in the past, I have tried to treat the grief and, in turn, have not paid enough attention to the loss.

Through our conversation, I learned to allow people to sit in the pain of their loss in acknowledgment that it was meaningful to them. In a very real sense, I do not have the right to take that away from them. As counselors, we sometimes try to systematically walk through the course of grief with our clients without properly acknowledging the loss. So, I can proudly say that the concept of putting losses first is no longer lost on me.

If you have experienced a loss, embrace it, and go seek a competent counselor who will understand the impact of that loss and allow you space in your life to put it all in perspective.