As a young graduate student in a very person-centered program, most of my professors had little to say about Sigmund Freud that was positive, if they even said anything at all. Indeed, psychoanalytic theory is complicated and time-consuming, and much of it was based, at least originally, on Freud’s observations, experiences and speculations rather than on evidence-based study.

But I love Freud. On my office desk, I have a Freud finger puppet, bobblehead and action figure. Not because his theory and its components are correct, but because Freud got us started.

I think of Freud in much the same way that I think of the earliest pioneers in the automobile industry — Daimler and Benz, Maybach, and Ford, to name a few. Nobody would think of driving any of those early models farther than the grocery store or a local car show today. After all, many of them were open cockpit and didn’t have a fuel pump (they had to go uphill backward to ensure a continuous flow of fuel) or electric starter. They didn’t have heat, radios or safety equipment. Even into the 1900s, the windshield wiper, if it existed, was operated by hand.

But the general mechanics of the automobile haven’t changed much since those days. The early pioneers — in automobiles as well as in psychology — got us started hypothesizing. That is why I love Freud.

I can’t deny two major contributions that Freud made to the world of mental health. I’ve used the following line a thousand times in my career: “All behaviors that are dysfunctional, that are not physiological, are defensive.” If I can figure out what people are afraid of, I have a pretty good idea of where to focus my clinical energies. Freud was the first to give us the concept of defense mechanisms, and on this one point at least, I think he was exactly right.

The second of Freud’s major contributions involves our unconscious behaviors. A psychologist who sat in on one of my homicide profiling lectures at the FBI Academy said to me afterward, “This is all so Freudian!” Indeed it was. The idea that we speak through our behaviors is fundamental in profiling, but it is also fundamental in play therapy, which is my clinical area of focus.

We must assume that one’s behavior has meaning that is often outside of the conscious thinking of the individual. That is why profiling works. The perpetrator can’t not do the thing that tells me something about him. He does it intentionally, but not with conscious thought.

To demonstrate this, I often seek a volunteer from a live audience. “Why did you wear that shirt/blouse today?” I ask. I get a variety of answers, and those answers aren’t untrue, but they aren’t the whole story.

“It was all I had clean,” a man might in answering my question.

“Oh, really?” I respond. “So, if it was pink and had pictures of unicorns on it, would you still have worn it?”

Children do the same thing in my playroom. The toys they select for the sandbox, their arrangement of the toys, and the interaction between those figures is something they must do. Psychiatrist and author Lenore Terr calls this “abreaction.”

Children must tell the story of their abuse, trauma or experiences over and over until they find resolution. Imagine you are driving to work and, on the way, you see a graphic and horrifying car accident happen right in front of you. For days you will tell the story, over and over, as you try to find a place for it and make sense of it. Like the children in my playroom, you are intentionally telling the story but not consciously intending to repeat it over and over. You must tell it.

Over time, as you find a place for that event, you have less and less need to tell the story. Finally, it becomes just a story you tell rather than a story that you must tell.

Regardless of your theoretical orientation and whether you accept the premises that I’ve proposed here, one can’t deny that Freud gave us a lot to think about. Many of his ideas have been shown to be baseless. Interpretations of dreams, for example, even if they do have meaning, have no scientific evidence to support them.

At the same time, maybe Freud was right on a few things. And maybe, just like with the benefits we enjoy because of the basic mechanics of automobiles, all of us are in some way indebted to him. 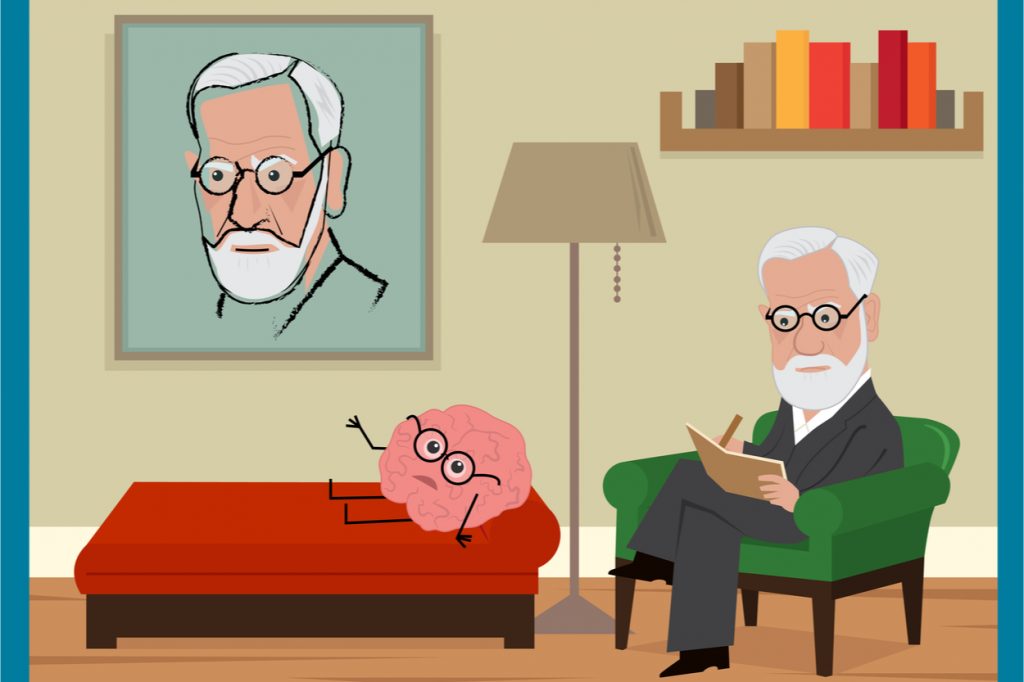 Related reading, from the Counseling Today archives: “The value of contemporary psychoanalysis in conceptualizing clients”