In August 2021, Americans who were already dealing with the upheaval and roller coaster of emotions caused by the ongoing COVID-19 pandemic faced another frustration when the U.S. military suddenly withdrew from Afghanistan. The humanitarian crisis in Afghanistan has caused many mixed emotions for individuals who identify with the military community. And for most Afghan refugees, the struggle is not over.

What counselors should know

Relocating to another country can be a traumatizing experience. In the United States, Afghan refugees often spend weeks in cramped quarters on military bases not knowing when they will be able to leave and start their lives in America. Once they do leave the base, they face a new set of obstacles in the host country.

Affordable housing is a significant challenge for many refugees, who often flee with only the shirts on their back. They do not have any money or belongings, and this issue can be exacerbated for refugees who resettle in areas with exponentially high costs of living such as Los Angeles and New York City. The refugees who are approved to leave the military base typical stay in a room at a motel, hotel or Airbnb or in the house of a host family. Their housing is paid for by nonprofit organizations or private donors. Finding a sustainable way of providing long-term housing is another concern. They usually do not have a place to call their own.

Other obstacles include language barriers, employment, financial insecurities, transportation, food insecurities and other basic necessities for daily living. Most of them are still trying to process the trauma they experienced fleeing their home country, living on military bases and being relocated somewhere else. A lot of these refugees left their families or extended family members behind in Afghanistan.

It is important for counselors to understand the experiences that Afghan refugees went through to come to the United States. Their courage, bravery and perseverance are closely intertwined with fear, despair and trauma. Counselors should refrain from making the following assumptions:

Instead, counselors should be knowledgeable about specific concerns that Afghan refugees face, which include the following:

Being aware of refugees’ struggles and challenges will equip counselors when advocating for Afghan refugees as well as help them build a stronger therapeutic alliance with any potential future refugee clients.

How counselors can help Afghan refugees

Some counselors might think they are not well equipped to support Afghan refugees because of language barriers or lack of knowledge about Afghan culture. However, counselors can support them using basic counseling skills. Instead of focusing on how they are different from refugees, counselors should concentrate on the ways they are similar.

To illustrate this point, consider the following case vignette:

Hamid is a 42-year-old man who left Afghanistan with his wife Zeia and their three sons (ages 5, 3, and 6 months) and relocated to Los Angeles. Hamid and his family are temporarily staying in a building behind the main house of a host family. He expresses frustration regarding being unable to afford food for his family, so the host family refers him to see a Hispanic, female counselor named Theresa, who works at a nonprofit organization that provides wraparound services for refugees.

In their initial session, Theresa has a hard time understanding Hamid because of his limited proficiency in English. After reading his intake paperwork, Theresa believes Hamid could use therapy to discuss his past trauma of escaping Afghanistan and receiving constant death threats for helping the U.S. military as an interpreter, but Hamid is more concerned about having food for his family. They are both frustrated with their inability to understand each other.

Theresa then creates a checklist of all of Hamid’s needs using the visual aid. At the end of their session, Theresa concludes that food is Hamid’s main concern. Theresa gestures for Hamid to follow her, and she brings him to one of her coworkers who is a licensed social worker. Theresa asks her coworker to help Hamid fill out an application for CalFresh, a Supplemental Nutrition Assistance Program that provides monthly food benefits to people with low income, so he can receive an electronic benefits transfer (EBT) card to buy food for his family.

While not all counselors are proficient in speaking Pashto or Dari (the two mostly widely spoken languages in Afghanistan), they should be proficient in understanding Maslow’s hierarchy of needs and the use of nonverbal cues and body language in counseling sessions. By asking her coworker to help Hamid fill out an application for CalFresh, Theresa has addressed Hamid’s physiological and safety needs. In doing so, she has built a strong therapeutic alliance with Hamid, and he is more likely to come back to see her and discuss his past trauma in future sessions. She has presented herself as someone Hamid can go to if he needs anything.

How counselors can help military veterans

Afghan refugees are not the only ones struggling with the humanitarian crisis in Afghanistan: Military veterans have been significantly affected too. Veterans might be experiencing feelings of guilt, betrayal, shame, anger, hopelessness, worthlessness or resentment. The U.S. withdrawal from Afghanistan has also caused many veterans to struggle with moral injury, which the U.S. Department of Veterans Affairs defines as the distressing psychological, behavioral, social and sometimes spiritual aftermath of being exposed to events that damages or goes against one’s own moral compass.

Ben (a pseudonym) is a former Marine and personal friend of mine, and for the past 15 years, he has worked as a military contractor in Afghanistan. When I asked him how he felt about the U.S. withdrawal from Afghanistan, he expressed feelings of anger, hopelessness and worthlessness regarding the situation. He was angry and frustrated that he could not go to Afghanistan to help the Afghan interpreters with whom he had previously worked. In his mind, he left his “brothers” behind and that was unacceptable. The thought of abandoning those who risked their lives serving as interpreters haunted him. 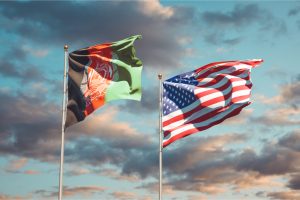 He felt guilty that many of these interpreters were promised safe passage and a special immigration visa (SIV) to enter the United States for their work as U.S. military interpreters only to discover they were later denied entry. Ben has known some interpreters who have been waiting for as long as 11 years for their SIV paperwork to be approved. The more interpreters reached out to him for help with getting their SIVs approved, the more hopeless and worthless he felt.

He also believes the loss of the war makes it seem like all the sacrifices he and his fellow veterans made were for nothing.

Here are a few questions counselors can ask clients to better understand a veteran’s wounded sense of morality:

How counselors can be advocates

As counselors, we owe it to our clients to advocate for not only their mental health but also their human rights. S. Kent Butler’s vision for his ACA presidential year is to #ShakeItUp and #TapSomeoneIn. These two hashtags represent action. Counselors cannot sit back during this humanitarian crisis and simply sympathize or empathize with military veterans or Afghan refugees. They must advocate and take action.

Counselors can also volunteer to help Afghans as they rebuild their lives in the United States; this could involve teaching them English or about their basic human rights or helping them figure out where to buy groceries or diapers or how to apply for an identification card. And counselors can facilitate support groups or retreats for veterans struggling with moral injury so they know they are not alone.

There is room for everyone. My challenge to you is to fulfill Butler’s vision to #ShakeItUp and #TapSomeoneIn. 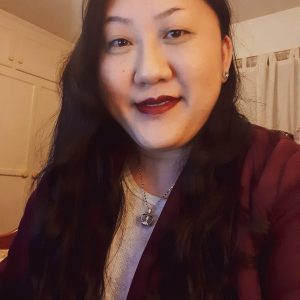 She wrote this article on behalf of the Human Rights Committee.