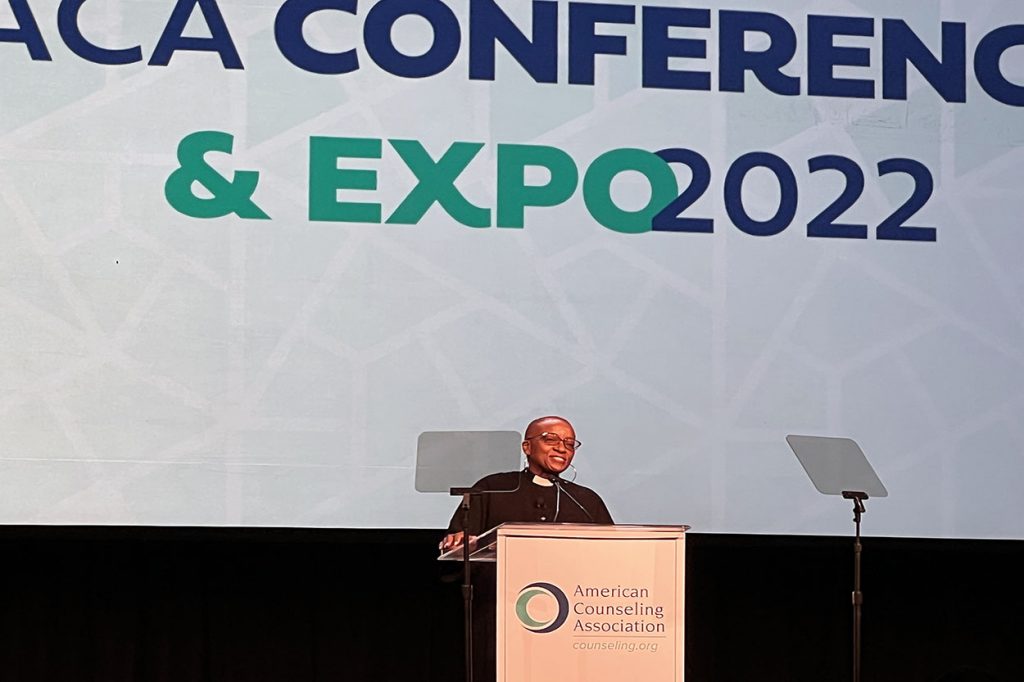 Race and gender justice advocate Rev. Nontombi Naomi Tutu told the audience at the ACA 2022 Conference & Expo in Atlanta that a lot of her education stemmed from the wisdom and advice gleaned through African proverbs. Proverbs are not literal truths; they require people to consider the underlying meaning — something a literal-minded child like herself often found challenging to do, she joked.

The Rev. Tutu is the daughter of the late Archbishop Desmond Tutu, who resisted and helped end South Africa’s apartheid. She has served as the program coordinator on topics related to race relations and gender violence in education at both the African Gender Institute at the University of Cape Town and the historic Race Relations Institute at Fisk University in Nashville.

She delivered the keynote address on Thursday, April 7 to open ACA’s annual conference, held through April 9 at the Georgia World Congress Center.

During the first in-person ACA event in three years, Tutu shared with the assembled crowd an African proverb that deals with how one reacts during a crisis: “In the time of flood, the wise build bridges and the foolish build walls.”

She said her first thought when she heard this proverb as a child, of course, was, “Why would someone take the time to build anything? Why wouldn’t they just move away from the flood?” But eventually she learned that the true message is about how we need to build alliances and find new ways of doing things when faced with a crisis or challenge, she explained. Only the foolish cut themselves off from others and simply cling to what they have.

She then proceeded to connect this proverb to the current “flood” of crises that we face, including the COVID-19 pandemic and racial injustice. She told the audience she hoped these crises would provide us with an opportunity to do something different, to rethink how we approach situations and to forge a new path in the midst of the floods.

To successfully build these bridges, she said we must do two things. First, we have to accept and celebrate the fact that we are all different. For instance, she noted that her identities as an African, a woman and a first-generation immigrant to the United States differs from someone whose ancestors came over on the Mayflower. So, she urged those in attendance to create space for and welcome conversations around this diversity.

She acknowledged that recognizing this shared humanity is something that counselors are taught early in their career, but she reminded the audience that it’s also something that is so easy to forget.

She then underscored the importance of this second point by sharing a personal story about a presentation she gave at Vanderbilt University in the late 1990s on the potential dangers and opportunities of the 21st century. During her presentation, she spoke with enthusiasm about how this would be a century where women and people of color would be included and heard, which would reshape how we looked at the world.

When she finished, a white man raised his hand, and her first thought she admitted was, “Oh no, an angry white man!” And she was right: He was angry, but not for the reason she assumed, she told the audience. She discovered this man had spent a large part of his life homeless and in and out of mental health institutions, and he was a political activist. He was angry and wondered why she was having this conversation in a privileged white space, one where most of the people she was talking about would not feel welcome.

She then explained to the audience that this story illustrates how we often make up our mind about people before we allow them to share their humanity. We assume who the person is based on external factors such as what they’re wearing, where they worship or how they speak, she said.

“We decide that our knowledge of them is enough to make decisions about them and often for them. But if we allow ourselves just even for a minute to stop the tape that we have had playing in our heads, … to allow ourselves to stop and say, ‘Let me hear about you, from you,’ … then our whole process starts from a completely different setting,” she said. “We become open to actually learning something [not only] about the other but also from the other. And then we can think more about the bridges that we want to build.”

But “we are [also] given the opportunity in this time to build real bridges,” Rev. Tutu told the audience, “to open ourselves to sharing our stories, and hearing and taking in the stories and perspectives of those” who differ from ourselves.

Everyone in the room left that space a little wiser and filled with the hope that we can work together to build bridges, not walls. 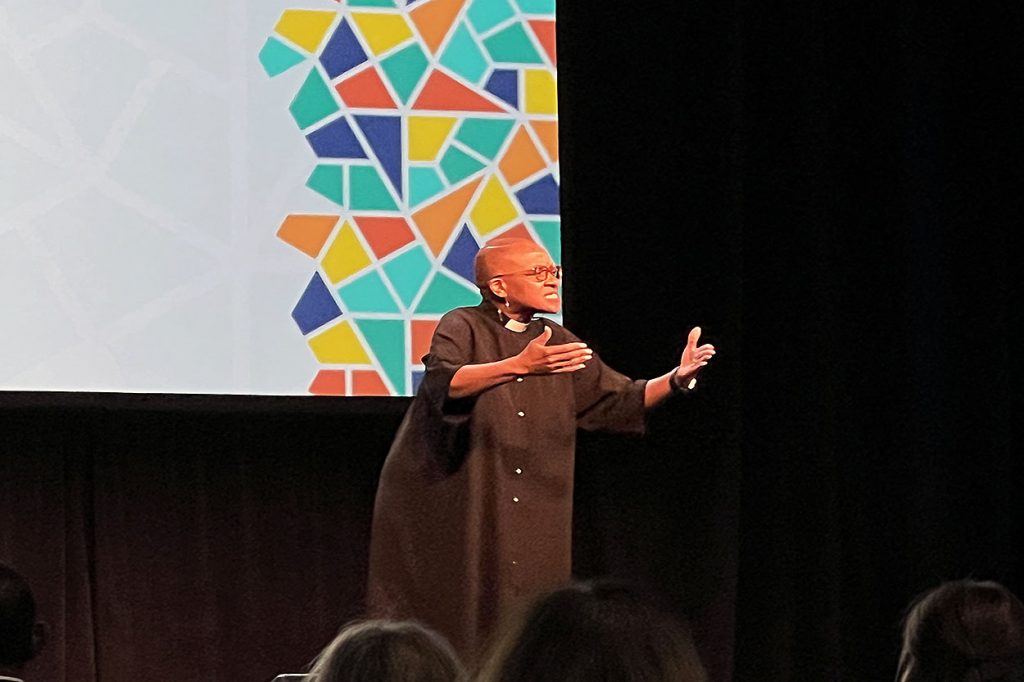 Find out more about the 2022 ACA Conference & Expo at counseling.org/conference, and follow the hashtag #Counseling2022 on social media.