In February, Russia invaded Ukraine and started a war that is still going on today. When President Zelensky asked foreign fighters to join Ukraine’s resistance against Russia, many American veterans answered the call. Although it’s a devastating war that has taken many innocent lives, it has given some veterans, especially those who are still struggling with the aftermath of the U.S. military’s withdrawal from Afghanistan, a renewed sense of purpose.

Having a sense of purpose and belonging and working toward a common goal can help veterans who are struggling with suicidal thoughts or ideations. According to the Centers for Disease Control and Prevention, in 2019 an average of 17.2 veterans died by suicide daily, and from 2001 to 2019, the suicide rate among veterans increased by almost 36%. In certain battalions, there have been more deaths from suicide than those killed in action during the wars in Iraq and Afghanistan.

With September being Suicide Prevention Awareness Month, it is important to remember that suicide affects the military and veteran communities year-round.

What to know about veterans and suicide

Suicide in the veteran community is different from suicide in the civilian community. Veterans have a higher suicide rate compared to civilians, and in my personal experience working with different nonprofit veteran organizations and being friends with veterans, I noticed that veteran suicides can sometimes be more impulsive than civilian suicides. 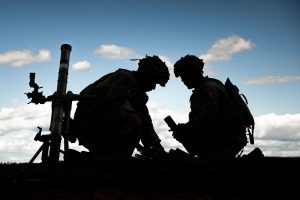 I also noticed that one of the biggest triggers for veteran suicides are other veteran suicides/deaths. In talking with veterans, I learned that some are more likely to think about and follow through with taking their own life when they hear about a close friend who died by suicide or died from a variety of reasons.

In my attempt to destigmatize suicide among veterans, I encourage all the veterans I speak with to be transparent and honest about their experiences. I have heard some harrowing stories.

One veteran told me about how his team leader in Iraq attempted to end his own life in front of his family members, and when he survived, he crawled into his bedroom and died in a second, fatal suicide attempt. The veteran who shared this with me could not fathom why the family did nothing to stop him, and he felt hopeless and helpless.

Another veteran told me about how a happy battalion reunion with his fellow veterans ended in tragedy when one of his friends who had been struggling with survivor’s guilt for many years died by suicide. After the reunion was over and they all went home, three more of his fellow veterans killed themselves and another died in a car accident. He said he felt hopeless because it didn’t seem as if anyone or anything could help stop veteran suicides.

The two most common statements I hear from veterans about suicide in the veteran community are that it never ends and that it’s not about if but when it will happen to them. Stories and statements such as these happen too often among veterans, but it doesn’t have to be that way.

One of the biggest lessons I learned through my nonprofit work with veterans is that clinicians need to understand what triggers veterans to attempt to take their own life and how to continuously screen for these triggers.

Potential triggers could include the following:

Veterans are special people because they signed up to do a job that most people are unwilling to do. Every human being has a breaking point, and it’s up to counselors to ensure that veterans don’t reach their breaking point or to help veterans navigate their lives if they do reach that point.

In my CT Online article “Addressing the Afghanistan humanitarian crisis,” published earlier this year, I referenced Ben (a pseudonym), a former Marine and a personal friend of mine. He worked as a military contractor for 15 years until the United States withdrew from Afghanistan, a withdrawal that caused Ben to struggle with moral injury.

When Russia invaded Ukraine, Ben decided to end his military contracting career to join a group of veterans who served in special operations units prior to leaving the military. Together they deployed to Poland and Ukraine to train individuals in Ukraine’s military and help evacuate Ukrainians who had difficulty leaving.

This new mission gave Ben a renewed sense of purpose, and his feelings of anger, hopelessness and worthlessness over the United States withdrawal from Afghanistan subsided. He also had the opportunity to go into Ukraine at the beginning of the invasion to help evacuate Ukrainians who had physical disabilities. He told me about how he and another veteran helped carry an older woman who was in a wheelchair to safety across the border to Poland. The woman’s son had died recently, and she was the sole caretaker for his four children, all of whom were under the age of 15.

Although carrying an older woman across the border may seem like a small act, her gratitude toward Ben ignited his passion for continued selfless service. It reminded him that he can still utilize what he learned in the military to help people. It was the moment that Ben realized he wasn’t hopeless or worthless. He had skills and a purpose. He went from helping Ukrainians evacuate to training Ukrainian women in hand-to-hand combat and combat triaging. I heard a great sense of pride in his voice as he described these events to me.

Ben’s decision to deal with his anger, hopelessness, worthlessness and suicidal thoughts by helping evacuate and train Ukrainians might not be a traditional form of therapy, but it worked for him just as much as traditional forms of therapy work with civilians.

Counseling veterans often requires a certain level of creativity, especially if traditional therapy is not working. Here are some nontraditional forms of therapy that may help veterans:

The veteran population has always been a population that is underserved. During my fieldwork internship, I worked with veterans who waited months to get appointments with mental health professionals at their local Veteran Affairs clinics. Even veterans who expressed experiencing suicidal ideations were denied services and forced to wait. Most veterans will give up after being denied many times. Some veterans will assess their situation and decide that it is not as severe as other veterans’ problems and will not seek help so that their fellow veterans are serviced first.

As counselors, we must do better. As a community and world, we are better than this. It is up to counselors to uphold veterans’ human rights and advocate for them. This population will always be underserved unless we as a community of mental health professionals come together to serve those who have served us.

Counselors must take action. Veterans deserve to know that they are not alone.

“Advice for counselors who want to work with military clients” 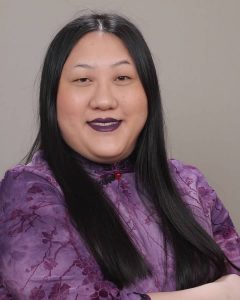 Justina Wong is a second-year new professional currently earning hours toward licensure at a group private practice in California. She serves on the Military and Government Counseling Association’s board of directors and has worked with veterans in the nonprofit community for over 10 years. Justina is also a member of the American Counseling Association’s Human Rights Committee.